Charles Yohane is a young farmer learning on the job. The 17-year-old boy in Kukada Village, Traditional Authority Mkanda in Mulanje, owns a garden of beans and three goats.

"Malawi depends on agriculture, but we will continue to struggle with chronic food shortage unless its youthful majority learns to produce a diversity of foods they need to grow healthy," he says.

The Standard Eight learner at Kambenje Primary School is the deputy chairperson of Kuwala Care Group. The group of 15 girls and 10 boys aged 10 to 19 appear determined to make their village at the foot of Mulanje Mountain free from malnutrition and sanitation-related diseases.

They formed the nutrition group in 2018 to steer their generation from hunger, risky sexual activity, alcoholism, smoking and crime.

"We wanted a safe space to share our experiences, keep ourselves busy and stop ruining our lives as most young people were quitting school due to early pregnancies and child marriages," he explains.

Charles and his group are tackling hunger and lapses in access to safe water and hygiene beyond their homes.

They own a communal field where they grow maize, beans, carrot, beetroot, tomatoes, onions and leaf vegetables.

"We share part of the harvest equally, give some to vulnerable households with children at risk of malnutrition and sell the rest to buy educational essentials such as school uniforms, pens, notebooks and pencils," Charles explains.

In 2021, each took home almost 10kg of orange maize from the communal field graciously donated by Group Village Head Kakuda. This partly helped his family survive the lean season spanning from October to April.

"We thank the chief for the land which shows passers-by that we need to grow more than just maize. There is no reason to worry about malnutrition because our village sits in a wetland where we grow various crops two times a year," Charles states.

He spreads the same message to his parents at home, peers at school and group mates when they meet every Saturday at 2pm.

"As young people, we must be part of the solutions to malnutrition because we are parents of tomorrow. As future leaders, we need to learn now, not later, how to produce and prepare different foods. After all, malnutrition doesn't only haunt children aged below five," Charles says.

The group receives support from Afikepo nutrition project funded by the European Union through the UN's Food and Agriculture Organisation (FAO) and UNICEF. It promotes diversified diets and food production for children to reach their full potential.

But malnutrition rates in Malawi remain high. According to the Malawi Demographic and Health Survey of 2015, stunting—a sign of severe malnutrition—affects about one in every three children in the country.

Kuwala Care Group’s work silently rallies all generations jointly combat malnutrition "because stunting is not just about children appearing too small for their ages", says Charles.

"Everyone should play a part because when children are malnourished, they lose weight, immunity to diseases and become sickly. As a result, their growth and learning ability is negatively affected. These problems were common before our group came into being," he explains.

Maurine Kausiwa, a health surveillance assistant at Kambenje Health Centre, is the matron of the adolescent nutrition group.

She states: "We saw it fit to convene adolescent boys and girls to spearhead the fight against malnutrition, which had hugely affected their generation because most people were solely growing maize and didn't know how to prepare locally available foodstuffs, including seasonal delicacies, to improve their health.

"They meet once a week to encourage each other to produce and eat diversified diets comprising six different groups. However, they cannot afford diversified diets unless they learn to produce a diversity of foods. This is why they own personal and communal crop fields as well as poultry and livestock.

Kausiwa is leading by example. Her daughter, Shakira, owns 40 chickens, from just one hen worth K2,000. The girl worked in a family maize field for the money.

Shakira says gone are the days young people viewed food production as an old-fashioned chore exclusively for the elderly.

"The chickens give us manure for bumper crop yields and meat for our health. We don't wait for festivities or visitors to eat chicken. We eat meat when we want and I sell some to buy school uniforms as well as pens and exercise books," she says.

In this way, Kausiwa, who sells clothes at Kambenje Trading Centre and surrounding markets during her free time, is inculcating a spirit of entrepreneurship in her daughter and the adolescent group she is incubating.

She is cultivating a generation of farmers geared to beat hunger and malnutrition.

The 45-year-old mentor says: "These young people are food aware. They don't just eat to fill up their tummies or grow crops as did their ancestors.

"Health problems associated with malnutrition are disappearing as both parents and young people have embraced food diversification from the farm to the kitchen." 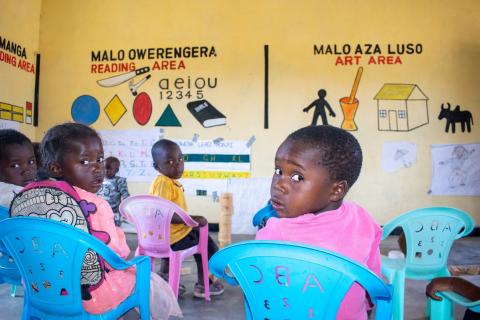 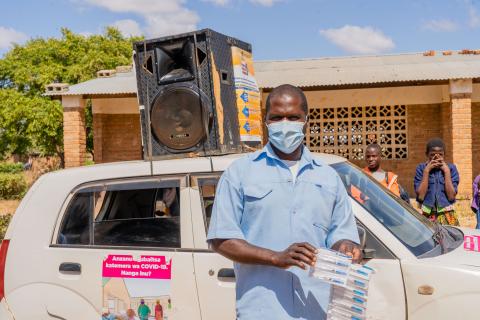 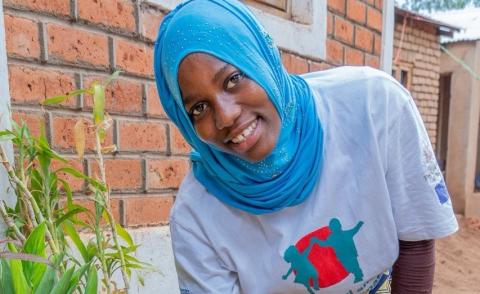 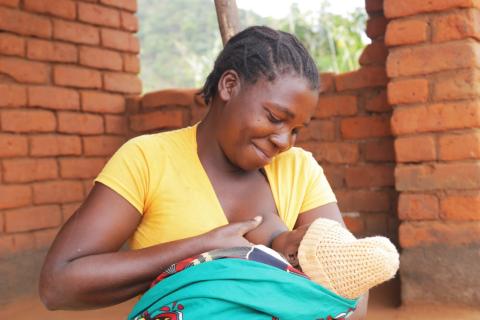