Rosemary Chiwaya fell pregnant in March 2020 when schools in Malawi suddenly closed for six months due to the COVID-19 pandemic.

The 17-year-old, who is a student at a primary school in Mangochi was among 12,995 teenagers impregnated during the emergency school break; about 44,874 got married.

“I was devastated. I didn’t want to become a mother at my age. I began a relationship with a 22-year-old barber who had just returned from South Africa, as my mother couldn’t afford my basic needs, but the pregnancy almost disrupted my dream to become a nurse,” she says. Rosemary had a miscarriage in her second month.

Rosemary and her two younger sisters live with their mother, Asyatu Rajabu, 35, who depends on meagre pay from piecework in neighbouring homes and fields. She was happy when the teenager returned to school in October 2020 when classes resumed.

Rosemary thanks Mercy Makumba, her teacher-turned-mentor, for giving her sound advice on the benefits of going back to school.

“I was desperate to stay in school. When Ms. Makumba visited me and asked if I could return to school, I willingly took the second chance,” she explains.

The mentorship Winnie received is part of the UN Joint Programme on Girls Education funded by the Royal Norwegian Embassy. UNICEF, the World Food Programme and UNFPA are implementing the programme in Mangochi, Dedza and Salima to improve girls’ access to education and address issues of sexual violence and harmful cultural practices that force girls to quit school.

Almost half of Malawian girls marry before their 18th birthday and a third fall pregnant before the age of 19.

Makumba works with the school committee as well as with a mother’s group to convince students who have dropped out to return to school. They regularly visited Rosemary during the COVID-19 school closure up until she went back to class, albeit a week late, for fear of backlash from her peers.

“She is a bright girl. After a week without seeing her in school, I visited her and she assured me that she would be back soon. The next week, we were all happy to see Rosemary back in school and advised her to focus on her future,” Makumba illustrates.

A combination of strict rules, a responsive student council and a confidential complaints box has created a safe learning environment for readmitted girls such as Rosemary.

“The student council works as the eyes and ears of the school management. Students found bullying those who have re-enrolled after getting pregnant or married are dealt with accordingly,” says head teacher, Wellington Uladi.

Makumba also invites successful career women from different fields to speak to and motivate the girls.

The school has a girl’s club where Rosemary has shared her story to warn her peers against risky sexual activity. The club gives them a safe space to share experiences and life skills, including on menstrual health, body hygiene and prevention of gender-based violence, child marriages, teen pregnancies and access to sexual reproductive health services.

Uladi said many girls are staying in school and those who had dropped out are increasingly re-enrolling, as Rosemary did.

“Due to increased awareness and community involvement, many parents are realising the importance of sending a girl to school instead of forcing her to marry. Dropout rates are falling. We used to have fewer girls than boys reaching standard eight, but we now have 44 students and 24 of them are girls,” he says.

Rosemary’s mother is thrilled to see her daughter back in school uniform and not in a maternal gown.

“Education is a trusted weapon against poverty”, she declares. “If she takes it wisely, she won’t need a man to solve her problems. She will be able to take care of herself, her sister and me in future.”

Rosemary also shares her joy despite their struggle to raise fees for primary school leaving examinations and other educational needs. She is grateful to everyone who assisted her along the way and hopes they can help other girls in need.  As challenging as it may be, Rosemary is determined to work hard to fulfil her dreams to lift her family out of poverty. 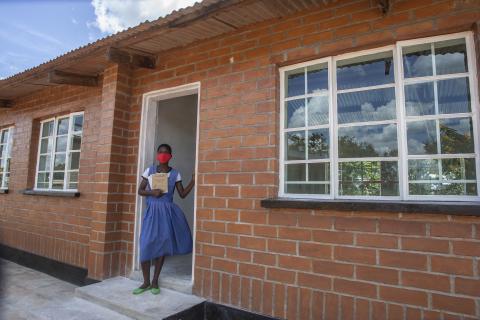 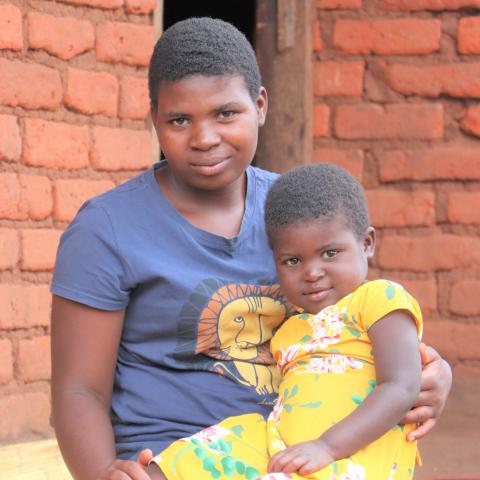 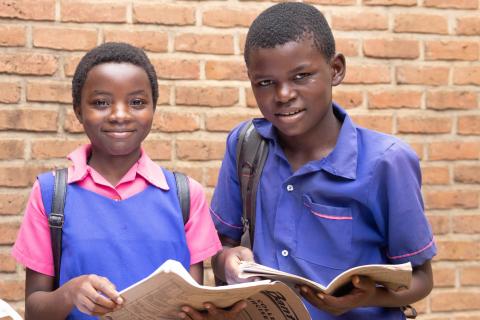 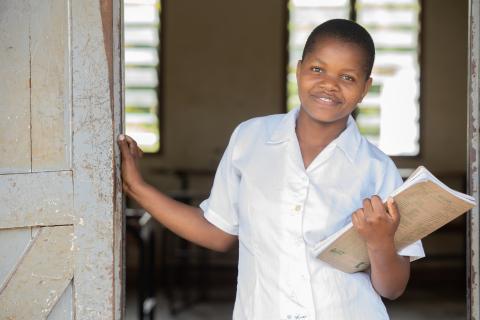 My Education is Back on Track