There is something about a ball that if you leave it in the open, someone is going to pick or kick it sooner than later.

When UNICEF put three at the centre of a congested flood survivors' camp in Chikwawa District, displaced children started to emerge from their temporary huts and play together while sharing their inner fears, including abuses.

At Kalima Camp, ball games and other interactive sessions are helping children to forget the agony caused by Tropical Storm Ana which struck southern Malawi in January 2022.

"I have no peace of mind, but joy comes on Tuesday and Thursday afternoons when the children's corner opens. I quickly join my friends at play because it helps me stay fit and feel free as a child," says Alena Pingasa, aged 14.

The Standard Six Girl at Kalima Primary School adjacent to the camp fled home on January 24 when her house crumbled in surging floodwater.

She recalls arriving at the camp at night with just the clothes she was wearing and three others in hand. She now shares the four clothes with her sisters.

"I have never seen anything like those floods before. When our house was filled with water, we ran in the night to save our lives. There was no time to pick notebooks, school uniforms and other basics," she narrates.

Alena also saved a bucketful of plates and kitchen utensils.

"When we returned home to get the remaining clothes, we found the house had fallen apart," she states.

The loss left her devastated. Her campmates say she spent most of the time isolated from her peers and slept with her eyes open.

Now Alena says the games and songs she plays at  the children's corner have helped her release her innermost problems.

"I was worried about my future. I wanted to return to school, but I suddenly couldn't because my uniform, pens and books had gone with water. At the children's corner, caregivers taught me the types and  impacts of disasters amid climate change. This helped me understand what I was going through and adjust accordingly" she recounts.

Ethel Louis, one of the four caregivers at the camps, commends UNICEF for delivering  balls, books and a diversity of materials for the children's corner two weeks after Alena sought refuge in classrooms.

The displaced community disrupted learning for two weeks, but Ethel remembers Alena missing classes for a month because her uniform and school bag had gone with water.

"The children's corner came just when the future of many children looked uncertain. They were disturbed by what they were going through, especially the losses incurred. They were quiet, withdrawn and confused," she says.

Now 40 girls and 36 boys aged six to 18 play and sing together while getting vital lessons on issues affecting them. The children are split into two groups–one aged six to 12 and the other 13 to 18.

"Currently, Alena is the most active girl in the older  group, a shining example of how children's corners help children affected by disasters to open up and recover. From group lessons to games, she is always active and setting examples for others to follow," Ethel says.

The caregivers also offer children a safe and private space to discuss their hardship, including violence, abuse and exploitation, without the fear.

"During the counselling sessions, concerned children tell us their experience and needs. Since they trust us, they confide in us things they wouldn't dare tell their parents," Ethel says.

Jim Chikwasha, child protection worker who works about 10 camps across the worst-hit valley of Bureau, says the children sometimes expose child rights violations normalised by adults. They include a rise in the number of girls marrying young to escape poverty worsened by disasters.

"While some parents have grown up thinking it is normal for a girl to marry before reaching 18, the children are worried and they talk about it for authorities to act," he explains.

The child protector has dissolved four child marriages at Kalima Camp, liberating the girls and persuading them to return to school.

However, when Alena's turn came to share her experience, she whispered to the caregiver that the lack of clothes, soap and school uniform was dimming her dream to become a doctor.

"I don't want anything to disturb my education. I am happy that the caregiver persuaded my parents  to buy  what I wanted. This gives me confidence to go to school and learn instead of pitying myself," she states. 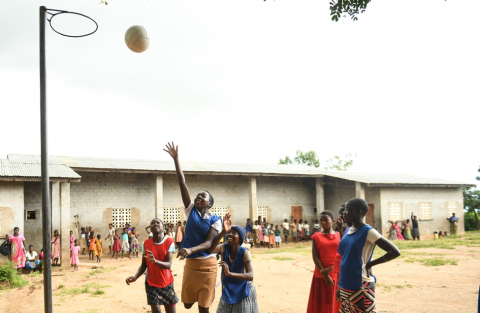 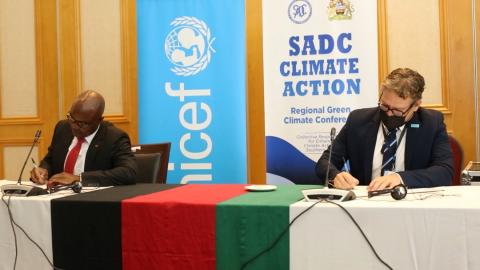 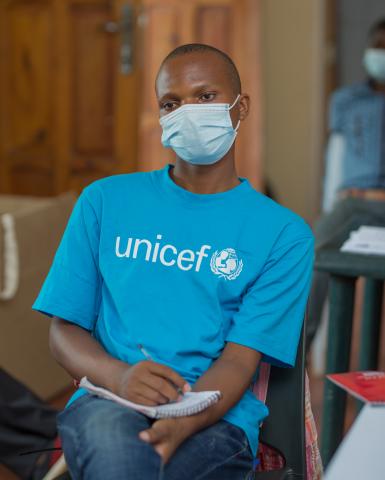 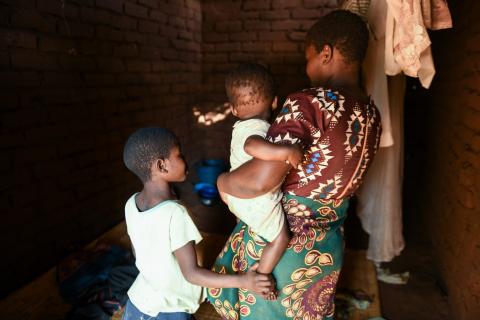