However, the Blue Eagles and Mighty Wanderers' encounter turned out to be the final match at the capital city’s largest sports venue as COVID-19 suddenly disrupted the soccer season.

Since then, the soccer dome has been idle following a nationwide ban on public gatherings to reduce the pandemic.

In January, the government turned meeting rooms at the idle stadium's basement into an emergency hospital to assist COVID-19 patients.

The goal was to decongest the capital city’s major Emergency Treatment Units (ETU’s) at Bwaila and Kamuzu Central hospitals.

The rush to save lives is well underway in the underbelly of the western wing, where only health workers clad in coveralls, face shields, and gloves cross a red line.

A sprawling corridor beyond the line takes patients and hospital staff to high-dependency wards where oxygen cylinders stand aloft at the side of every sickbed.

For health workers in a hurry to assist the patients gasping for air as the oxygen machines beep, there is no time to rest.

“The short, high-pitched sound alerts us that oxygen is low in the patient’s blood and the heart is not working properly. That’s an emergency,” says Dr. Anthony Chafunya, the team leader of almost 250 health workers and support staff hard at work in the interiors dominated by fumes of chemicals sprayed to remove germs.

Here, oxygen is medicine. According to the medic, approximately eight in every 10 patients arrive with severe breathing difficulties and other deadly conditions.

“Some will spend 20 days on oxygen if they have lung problems and underlying conditions. We use the cylinders to supplement their normal oxygen uptake while managing deadly conditions such as diabetes, hypertension, asthma, and Aids,” says Chafunya.

However, the oxygen supply was erratic as COVID-19 overstretched the health system, deepening the disease burden and shortage of skilled hands in hospitals struggling with the lack of staff and essential supplies, including medicine.

“Most of them arrive with severe lung damage because of delays caused by poor understanding of the disease. Some people think they would die if we put them on oxygen, but 95 patients in every 100 are recovering,” the doctor explains.

Every day, the field hospital receives 70 cylinders of oxygen cylinders, and a serious patient uses two.

“Oxygen is medicine,” says Chafunya. “Every day, a lorry departs at 5 am for Blantyre to collect oxygen cylinders. Since the facility opened, we have never run out of oxygen supply."

The increased oxygen supply was made possible with UNICEF support, which enabled the distribution of 172 oxygen concentrators and accessories to BNS Treatment Centre, with funding from UK Aid, the Health Sector Joint Fund and the World Bank. Three more field hospitals are taking shape in Mzuzu, Zomba Presidential Palace, and Blantyre Youth Centre.

The steep rise in COVID-19 admissions in cities has prompted the government to transform sports venues and a presidential palace into hospitals.

Lameck Manda, the Health Supply Chain Manager at the Ministry of Health, says the timely support has helped hospitals cope with the stress caused by the second wave.

He states: “The government alone could not meet the rising demand for oxygen as patients admitted in our isolation rose sharply just when we thought the end of the pandemic had begun."

The field hospital at the idle stadium admitted over 85 patients in the first week, but the count has since dipped to about 40 patients—leaving some wards vacant.

Chafunya and his team are optimistic that the deadlier spate is waning.

“We have won the battle against the second wave, but it may not be the last. It’s no time to relax,” he says.

The confidence testifies to strong partnerships to keep the pandemic in check.

“The requirement for oxygen is high. As such, the support from the government and its partners is quite timely, necessary, and encouraged. It helps us save lives likely to be lost if we run out of basics,” Chafunya states.

Before moving to BNS, Chafunya recalls an experience when they had low oxygen supply at Bwaila hospital.

He narrates: “One evening, a clergyman arrived with just a quarter of oxygen levels one needs to stay alive. Unfortunately, we had just one oxygen cylinder."

“When it was exhausted, we got another cylinder that was being used by another patient, but it wasn’t enough to save him. He would still be alive and ministering had we not run out of oxygen in the night.”

The sights of patients dying from treatable conditions do not only depress health workers but also expose them to violent mob attacks fuelled by the misconception that hospitals are killing people.

Chafunya is happy that about 95 per cent of 100 patients are going back to their loved ones healed.

This is what makes the frontline health worker smile.

“With all the work and backlash, I go home happy when a patient feels better and goes home alive. Oxygen supply is part of this story.” 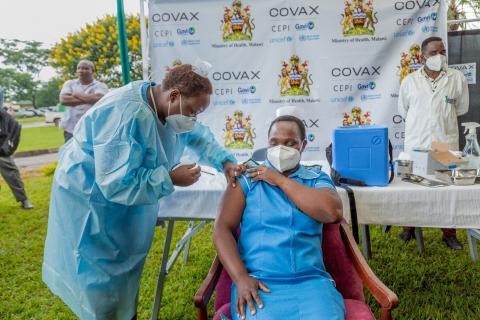 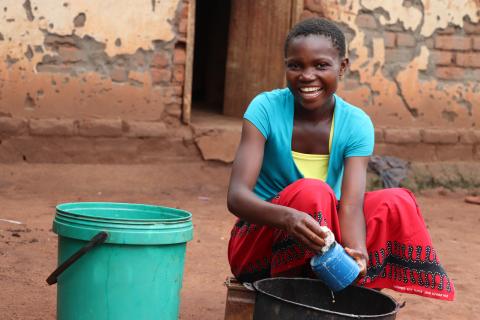 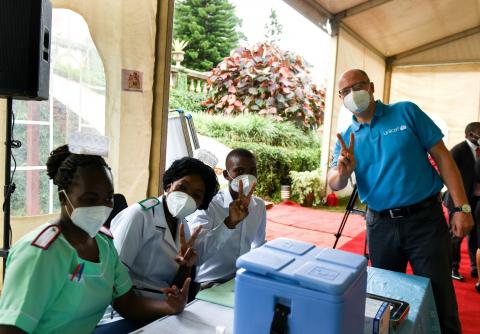 The path to normalcy- COVID-19 vaccine roll out in Malawi

Time to get vaccinated 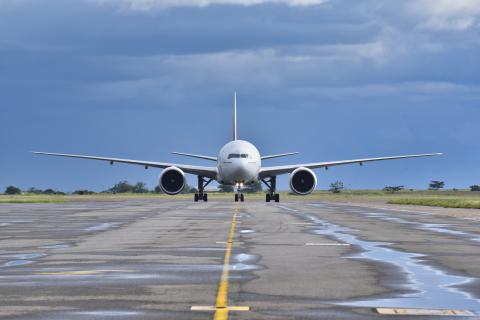 COVAX is finally here, and more to come