Matrons and health workers join hands to save lives in Madagascar

For the health workers, involving matrons is a huge and long-term endeavour to ensure an incident-free birth

In Malagasy society, consulting a matron is a customary practice that is still in existence. But not all matrons have the responsiveness of Razandry, who has been practising for 10 years in the Analanjirofo region, in the commune of Ampasina Maningory. She has been working closely with the midwives of the Basic Health Centre for four years to make births safer. "There is a lot of interest in giving birth in a Basic Health Centre. The lives of these women are at stake: they are referred to the centre as soon as I feel that the birth is difficult," she explains.

For the health workers, involving them is a huge and long-term endeavour to ensure an incident-free birth.  "The majority of women come to the Centre as a last resort, when there is a high risk of complications, and often more than six hours after labour prior to delivery," says Josette Gabriella, one of the midwives at the Basic Health Centre. "When they accompany the women they have not succeeded in giving birth, they are left with certain tasks such as taking care of the new mother, cleaning the delivery table, dressing the newborn... A successful delivery gives rise to an exchange on the different stages in order to perceive the signs of danger and the immediate actions to be taken in the event of difficulties", says Josette Gabriella.

Razandry realizes that the process is beneficial to both parturients and herself. "On the one hand, the mothers and babies are healthy and safe, and on the other hand, I acquire knowledge about childbirth and risks thereof, infant and young child feeding, women's nutrition, maternal and neonatal health shared by the health workers at the Centre..." she continues. The latter are beneficiaries of training provided as part of the 1,000 First Days project, with the support of Takeda Pharmaceutical Company Limited’s Global CSR Program. Having acquired knowledge in nutrition and health in order to better support pregnant and breastfeeding women, the matrons are thus directly involved in improving the reception at the health centres and humanising the care.

In 2021, more than 500 women gave birth safely in the health center. For their part, the new mothers benefit from awareness-raising throughout their pregnancy and after giving birth. They fully benefit from services such as antenatal consultation, vaccination and medicines through which UNICEF supports the basic health centre. Nadège Kalaroa gave birth to her second child in February 2022 at the Ampasina Maningory Basic Health Centre. "I really appreciated the support and guidance from the health workers during this second pregnancy. I received many more messages/guidance of different types; and they were more complete, especially on safe pregnancy, nutrition of women and children," she says. 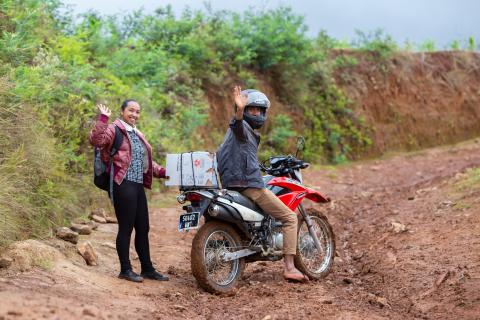 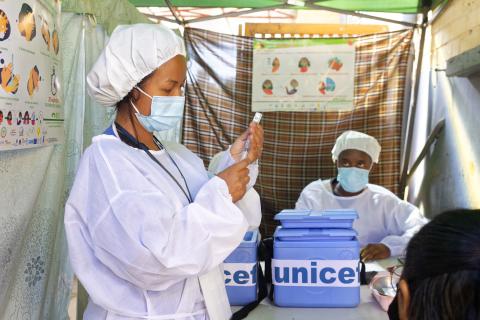 A health worker takes to the frontlines against COVID-19

With a population still largely unvaccinated against COVID-19, a health worker in Madagascar takes to the frontlines 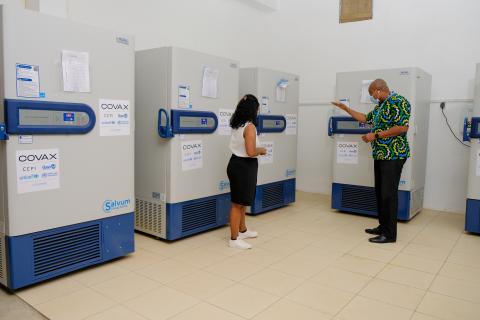 In Madagascar, UNICEF is working to make COVID-19 vaccines available for all 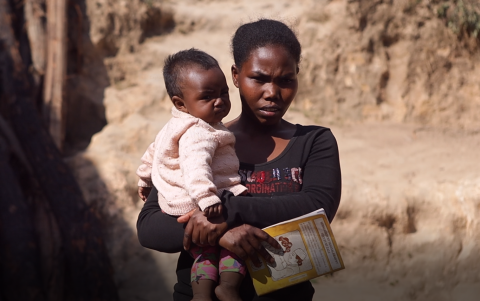 The importance of community care in Madagascar

In Madagascar, the most vulnerable gain access to health care through community health