In Madagascar, a little warrior against the Corona virus

At just 8 years old, little Lova created a buzz on social media with a selfie video on preventing the spread of the coronavirus. Read her story

Despite her young age, Lova Fanambinana Renée Annah is already well known on social in Madagascar. A selfie video she shot on the rooftop of her house outlining measures to take to prevent the spread of Covid-19 was widely shared on social media, picked up by a television network and even drew the attention of the country’s president.

Lova is the youngest of eight children, four boys and four girls, she says she hopes to be a doctor when she is older while the rest of her family is more artistically leaning.

According to Lova, she first learned about the coronavirus at school, but she deepened her knowledge about the virus and the global pandemic by watching the news. Her father René Randriakoto would occasionally use his elder daughter’s mobile phone to produce short videos. Picking up on her father’s example, Lova decided to try making one herself.

"I didn't realize that she felt so strongly about speaking out about the virus,” he recalls. “I was impressed. I think the video sends out a very strong message for the whole country. That’s why I allowed her sister to publish the video on her Facebook page,” he explained.

The family was surprised to see the video getting so much attention and say they are proud that Lova has been able to contribute to the fight through her messages. Both Lova and her family were even more surprised when the video was broadcast on national television when the president addressed the nation. "When I made this video, the idea was to be able to contribute to the fight through my voice and to remind the population that it is important to respect the measures repeated every day on television," she said.

"I miss school and I hope everything will be back in to normal soon," she continued. Her advice to other children not attending classes is to take advantage of this period of confinement to review lessons at home but also to help parents. Madagascar declared it first case of the corona virus on March 20 with the country observing a period of social distancing since March 23. 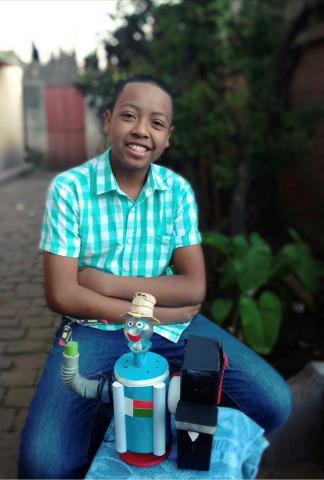 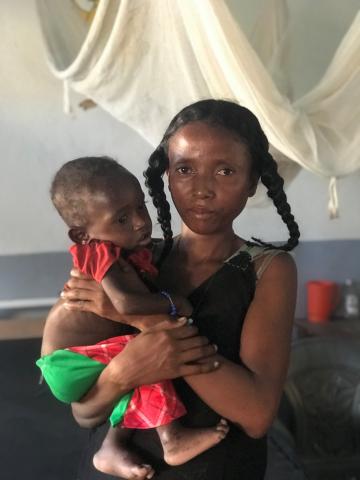 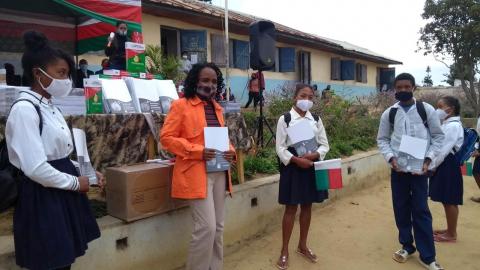