“Green, yellow, or red.” Teaching mothers how to combat malnutrition in Madagascar

In a program for the management of severe acute malnutrition, mothers are involved in the screening of their children

Vorienge had her first child at the age of thirteen, which in the deprived communities of southern Madagascar is not uncommon. She is now 21 years old and the mother of five children.

On the day we meet her, Vorienge has joined a group of mothers in the village of Anjeky Ankili with her youngest child Manamiasy. The women have gathered to listen to nutrition advice from a community health agent at a local medical center. “If you measure the arm of your child and the measuring tape shows the color red, come to the health center because your child may well be suffering from severe acute malnutrition,” says the agent. This mobile nutrition team, attached to the Ambovombe Basic Health Center, more than 50 km away, comes to the village every week and brings together mothers and their children under a tree, which acts as a consultation room.

José, a community mobiliser, shows the group how to properly measure a child's arm,  and then one by one, each child is weighed, measured, and admitted to the program if they are diagnosed as suffering from severe acute malnutrition.

It's Manamiasy's turn to be examined. The child weighs just 4 kilograms, far below the weight of a well-nourished nine-month old child. He is also visibly very weak. The measuring shows the color red – an alert. He is suffering from severe acute malnutrition and is immediately enrolled a therapeutic feeding program.

As part of the program, Manamiasy is given a ready-to-eat therapeutic food to test his appetite. The package contains what at first glance looks like peanut butter. In fact, the paste contains all the nutrients, vitamins and minerals that severely malnourished children need to recover. Manamiasy will have to eat a sachet of the food three times a day until he has fully recovered, which takes an average of four to six weeks.

With what she has learned from the mobile nutrition team today, Vorienge will be able to measure the progress of her son’s recovery by measuring the circumference of his upper arm:

Green: everything is good;

Yellow: it's moderate malnutrition, go to the community nutrition site

The fight against severe acute malnutrition in southern Madagascar continues thanks to the support of UNICEF and other partners such as the Japanese Government, the Principality of Monaco, the African Development Bank, EU Civil Protection & Humanitarian Aid (ECHO), UN CERF and USAID-FFP.

Vorienge can now monitor the nutritional status of all her children without having to travel the tens of kilometers each to the nearest health center. A community worker will also visit her regularly to advise her on the optimal feeding of her young children and help her to prevent any future cases of malnutrition in her family. 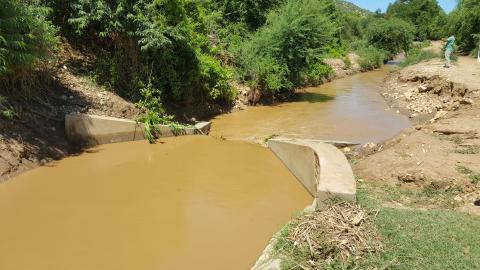 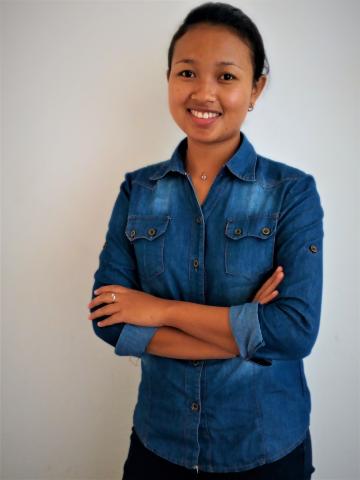 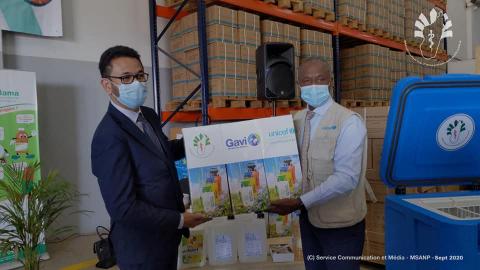