Children and adolescents with disabilities are exponentially vulnerable

Children and adolescents with disabilities are often victims of discrimination and abuse of all kinds, preventing them from fully enjoying their rights.

On the surface, Lianah is a teenager like the others. Nothing suggests that she has multiple disabilities and some deficiencies due to a difficult birth: psychic disorders, significant intellectual retardation, and an impaired ear. Yet this is what deprived her of several rights as a child and adolescent, such as education, health and above all protection.

In terms of education, she was first educated in a regular school. As she could not follow the level, the teachers advised her parents to send her to a specialized school. She then spent three years there, but was not comfortable and asked to stop. “All the children were put together, regardless of their type and level of disability. She was beginning to develop psychologically; and therefore reported that it was not suitable for her to be in the same class as those with severe disabilities,” recalls her mother.

She ends up spending her days in and around the house, often playing alone. The neighbours knew her deficiencies, and showed her all their respect. However, as her parents were often busy with daily needs, they could not always look after her, which left her vulnerable and unprotected. “She was raped. Twice!”, her mother lamented. “The first time, she was just a little girl. One evening, she went out to relieve herself and stayed there a little longer than usual. We looked for her and caught them in the act in the house under construction next door,” she says. The second time, it appeared very recently. It was through this horrible act that she became pregnant, from an unknown man who seemed to know her condition but who took advantage of it.

Lianah benefited from a follow-up of her multiple disabilities when she enrolled in the specialized school. But her disabilities are not particularly taken into account when she seeks care from health centres. She also does not benefit from social protection measures relating to her situation.

Through the data collection from the Situation Analysis of children with disabilities in Madagascar, Lianah was able to highlight the vulnerability and challenges that children with disabilities and their parents face during their childhood and adolescence. This is an activity of the Social Policy Section of UNICEF Madagascar, which is part of the monitoring of children's rights. It is expected that this analysis will inform the preparation of the National Disability Inclusion Strategy in Madagascar. It will serve as a decision-making aid that will benefit thousands of other Malagasy children with disabilities, so that they can enjoy their rights as fully as possible, and above all adequate protection to help them thrive. 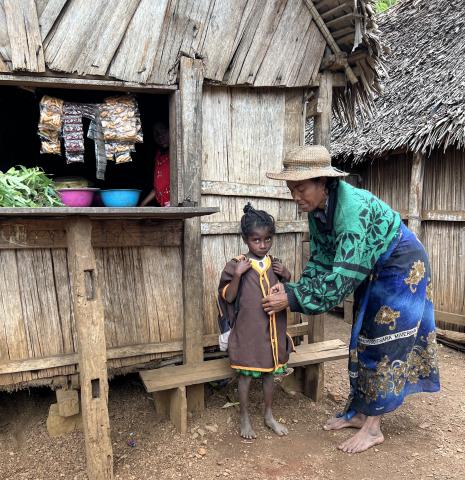 Sahondra is able to provide for her granddaughter's needs 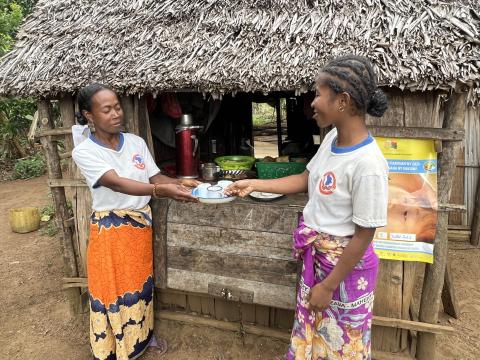 Mana a mother who has developed her entrepreneurial skills

Mana is a mother and now has the ability to not only provide for her children, but also to provide various forms of income. 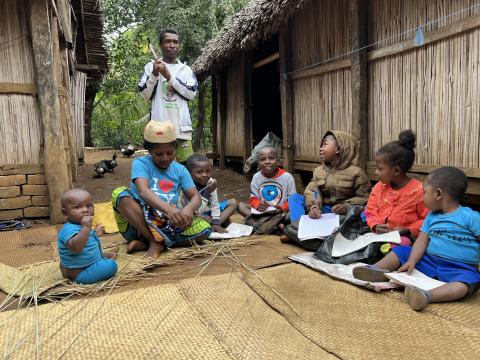 The Zara Mira program, an allowance to improve child well-being 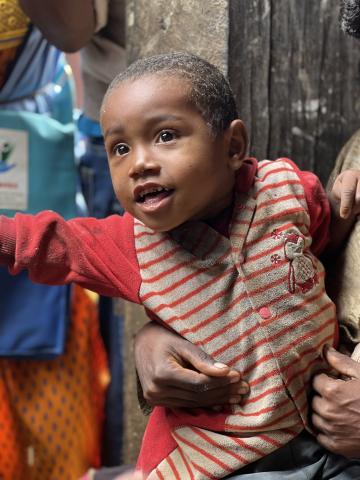 Lazasoa, life of a disabled child.

Lazasoa, 4 years old, struggle with her disabilities as her family shows support and care for her.