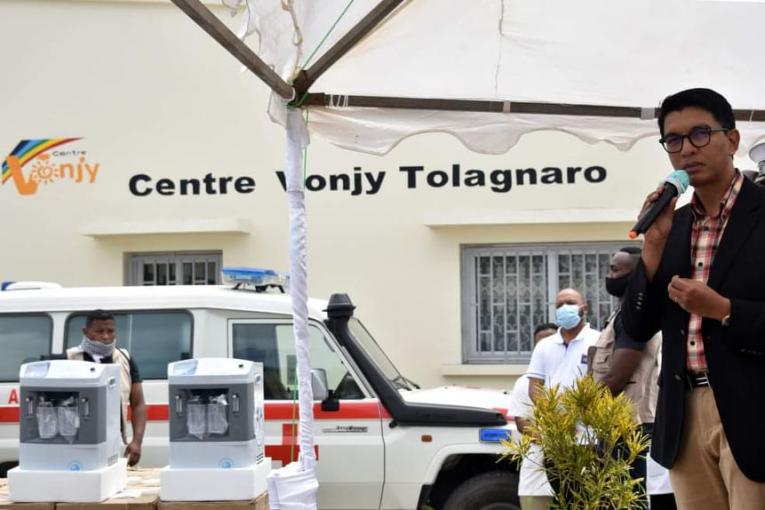 The Anosy Region (South of Madagascar) today inaugurates the Centre Vonjy for the integrated management of cases of sexual violence against minors. This is the sixth open centre of this type in Madagascar. This centre is the result of collaboration between the Korean International Cooperation Agency KOICA, UNICEF and the Government of Madagascar.

Tolagnaro, October 05, 2020: The President of the Republic, accompanied by some members of the Government, today inaugurates the Centre Vonjy within the premises of the Philibert Tsiranana regional reference hospital of Amboanato, Tolagnaro. The construction of the building was completed with the support of KOICA.

Being operational since February 2020, this centre provides integrated care for child victims of sexual violence in the Anosy Region. This is the sixth functional centre after the opening of the first one in Antananarivo in 2015, followed by those of Toamasina in 2016, Mahajanga and Nosy Be in 2017 and Toliary in 2020.

The opening of this centre is a big step towards creating a protective environment for children in the Anosy Region. In fact, since February, child victims of sexual violence can have easy and free access to professional services related to medical, psychosocial and legal management under one roof. Children and their parents will therefore no longer have to make long trips to file and follow up on their complaints.

According to the national study on violence against children in Madagascar in 2018, the rate of reporting of this violence remains low, due to cultural resistance but above all to the lack of awareness about the mechanism regarding the child protection system and the weak effectiveness thereof. Violence against children is a sad reality in the Anosy Region. Since January 2020, the Child Protection Network has identified 112 cases of child victims of sexual violence including 23 children (between 4 to 17 years old) victims who are entrusted to the care of the Centre Vonjy in Tolagnaro (Fort-Dauphin).

Violence can cause serious and long-term problems in children as well as complications in terms of physical, sexual and reproductive health and psychological well-being. The "VONJY" model is a good example of concerted action and joint work between different Ministries.

For Madagascar, the results are convincing in the six operational Centre Vonjy established with the support of UNICEF and its partners. 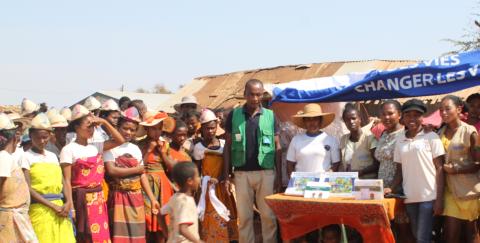 Thanks to Danish Telethon funds, extremely vulnerable adolescents in Analamanga and Boeny regions can benefit from the national life skills programme 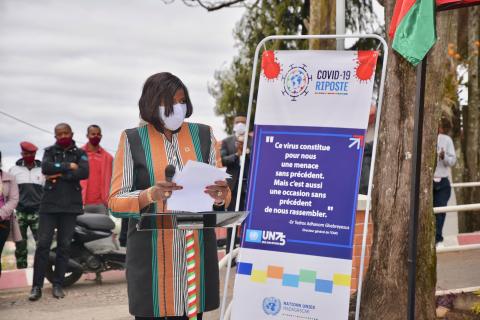 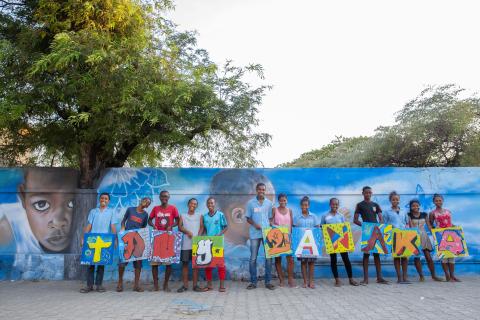 To know more about the situation of children in Madagascar and the actions of UNICEF in their favor.