Official launch of the "Analanjirofo Madio" to combat open defecation 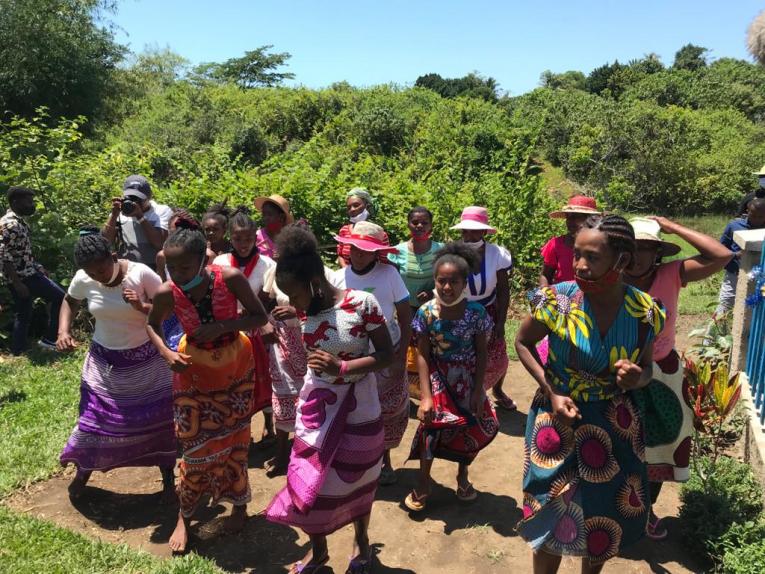 Fénérive-Est, October 09, 2020 - As part of the implementation of the “Plan Emergence Madagascar” (PEM) and to promote universal access to drinking water, sanitation and hygiene, Analanjirofo has been chosen for this year 2020 as a pilot Region of the “Madagasikara Madio” Program. The official launch was attended today by the Minister of Water, Sanitation and Hygiene, Voahary Rakotovelomanantsoa.

Through this initiative, officials from the six districts of the Region have held a meeting in Fénérive-Est in the fight against the practice of Open Air Defecation in all the Fokontany of the 71 municipalities of Analanjirofo. It is aimed at setting up an “Analanjirofo Madio” which promotes hygiene practices and uses sanitation infrastructure within communities. The launch of the initiative brought together several elected officials and authorities from this region, in solidarity with the communities, whose rate of access to sanitation infrastructure remains below 15%. The objective is to ensure that all Villages, Fokontany and municipalities achieve the "Open Defecation Free or ODF" status by December 2020.

Under the leadership of the Ministry of Water, Sanitation and Hygiene (MEAH), and thanks to the financing of several partners including the Global Sanitation Fund (FAA) financed by the " Water Supply and Sanitation Collaborative Council (WSSCC)”and UNICEF, this initiative is also supported by other actors in the sector such as GRET, USAID through Mahefa Miaraka, and ACCESS, as well as PADAP. This responds to the need of the current priorities of the sector included in the “Madagascar Madio 2025” Roadmap at this particular moment.

The main objective of this initiative is to make sure the Analanjirofo Region is declared ODF, while ensuring access to adequate basic sanitation and hygiene infrastructure, for more than 360,000 people with the principle of “zero subsidies” for the construction of latrines. Thanks to the implementation of the activities of the partners involved, these beneficiary communities will be able to gradually and sustainably adopt good practices through the effective use of latrines per household with hand washing, thus maintaining the total break with the spread by fecal-oral route in their daily life. The commitment of local authorities expresses their willingness to support communities in achieving the ODF status in this Region.

The launch of Analanjirofo Madio also aligns with the commitment of the Ministry of Water, Sanitation and Hygiene to strengthen its collaboration with donors and programmes of the sector.

"Wanting to make Madagascar a country where the population lives in a safe and healthy environment, as Minister in charge of Water, Sanitation and Hygiene, I support any commitment and all initiatives allowing to achieve this objective and to mobilize all the necessary resources to meet this great challenge. The success of the Madagasikara Madio program is of interest to the whole nation, but its implementation is based on intersectorality and is conditioned by the participation of all under strong leadership from the Ministry, " said the Minister of Water, Sanitation and Hygiene, Voahary Rakotovelomanantsoa.

Ending the practice of open defecation directly relates to human dignity since no Malagasy deserves ingesting faeces unintentionally because of this bad practice. With the lack of access to drinking water, the sustainable development of Madagascar could become an utopia if a large proportion of Malagasy continue to defecate in the open. Thus, "we must all mobilize so that the vision of having "Madagascar, a model country without open defecation" becomes a reality, noted Dr Rija Lalanirina FANOMEZA, Director of the FAA Program in Madagascar.

As for UNICEF, it focuses on the importance of hygiene. "There is a direct link between the development of a country like Madagascar and its hygiene practices," said Michel Saint-Lot, UNICEF Representative in Madagascar. “That is why it is so important to end the practice of open defecation and to promote the availability and use of latrines. Each family, each fokontany has a role to play in contributing to this goal.”

Mahefa Miaraka, intervenes in the Analanjirofo Region by introducing two innovative approaches for empowering community actors: The ‘Champion Commune’ and ‘Model and sponsoring households’ approaches. "The effective commitment of all community actors at all levels to serve as relay mobilizers and models for their peers will help maintain and ensure the achievements are long lasting, and thus help achieve the goals of Analanjirofo Madio," stressed Dr Yvette Ribaira, Program Director 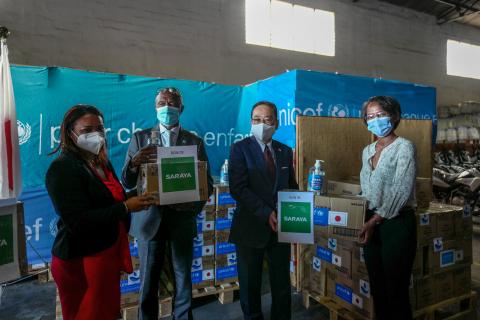 Fight against Covid-19: The Malagasy government receives a donation of hand sanitizer from the Japanese company, Saraya 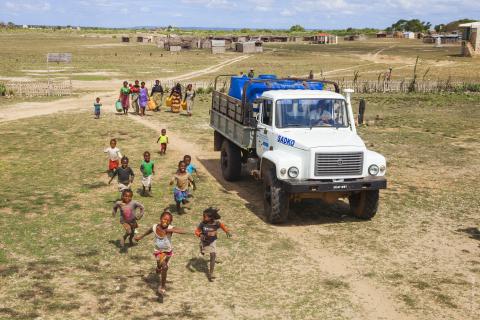 Japan provides additional assistance to nearly 87,000 vulnerable people in the South to improve access to hygiene and sanitation 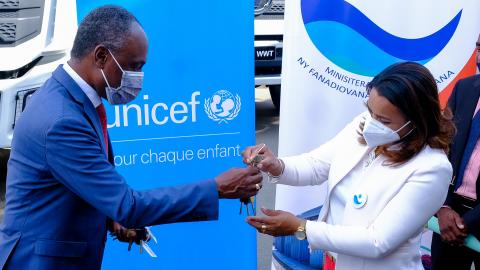 Fruit of collaboration between the MEAH and UNICEF: Three water trucks to strengthen the capacity of JIRAMA in the supply of drinking water in the two towns of Antananarivo and Toamasina. 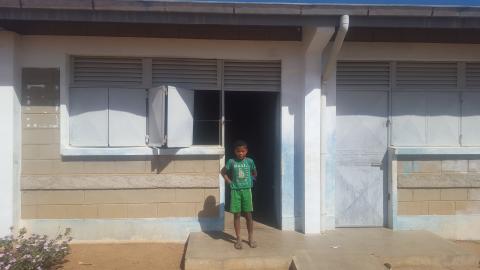 A star approach to grant access to water and sanitation