A worsening health crisis for children

The ripple effects of the global economic situation – with heightened prices and increased inflation, is delivering yet another blow to Lebanon, which is already plagued by multiple crises that have disrupted the health system and put the lives of the country’s children at risk.

The combination of a calamitous economic meltdown, COVID-19 and the aftermath of the 2020 Beirut explosions have left families struggling to cope amid rising poverty and spiralling inflation. Global fuel price hikes, coupled with Lebanon’s inability to import raw materials, including wheat, have sent prices soaring even higher. Read the full report here.

50%+ of families were unable to obtain the medicines they needed

The health sector has suffered a major exodus of medical professionals. An estimated 40 per cent of doctors – including neonatologists and obstetrician-gynaecologists – and 15 per cent specialized Neonatal Intensive Care Unit (NICU) nurses and 30 per cent of midwives have left the country, seriously affecting the quality and accessibility of health care for women and children.

A hiring freeze by health facilities and limitations on imports of medications and equipment have further affected the ability to provide even the most basic health care – with 58 per cent of hospitals reported drug shortages and 39 per cent of hospitals reported shortages in medical consumables. Many families cannot afford the costs of transporting their children to a health centre, and private sector care, which was widely used before the crisis, is now entirely out of reach for many households.

53% of children had to skip a meal 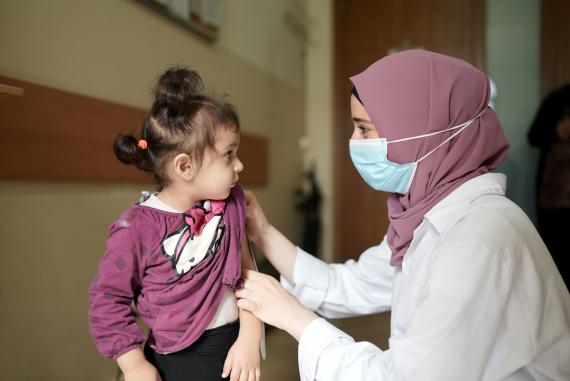 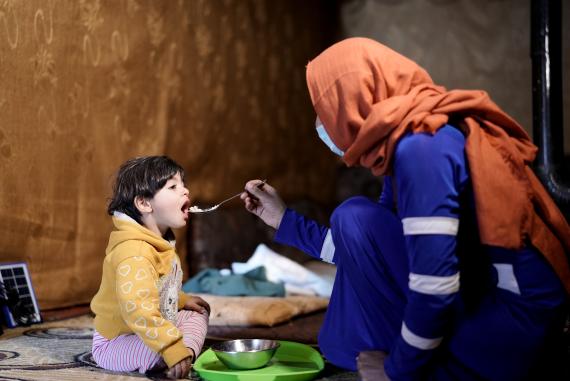 After almost three years of economic crisis, the situation for children in Lebanon looks likely to keep worsening. Between April and October 2021, the number of children who could not access health care when they needed it rose from 28 per cent to 34 per cent, according to UNICEF rapid assessments. Another study showed that more than 50 per cent of families were unable to obtain the medicines they needed.

With 80 per cent of the population living in poverty, new hikes in fuel and food prices are likely to force people to make further painful decisions, such as cutting down even more on health expenditures.

A worsening health crisis for children 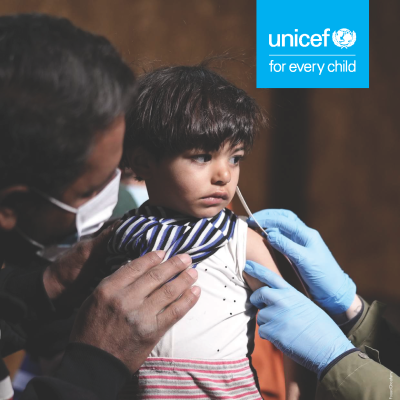