“Without support, I couldn’t have recovered from the storm”

2021’s harsh winter and violent storms in early 2022 devastated UNICEF beneficiary Asaad Sweiden’s hard work. Together with the AVSI Foundation, UNICEF ensured this wasn’t the end of his hard work and investment

Lebanon continues to face multidimensional crises, both economic and social. Among those most impacted are the nation’s youth. With employment opportunities declining, many of the country’s youth are engaging their entrepreneurial spirit and returning to the traditions of agriculture and farming to provide an income for themselves and their families. In partnership with the AVSI Foundation, UNICEF is helping ensure the long-term sustainability of such projects.

In 2020, Asaad Sweidan enrolled as a student at Nasriyet Rizk School of Agriculture in the Bekaa. Supported by UNICEF and AVSI and with a wealth of skills gained through the programme, he was supported to open a small project.

“Without UNICEF and AVSI’s support, I could never have recovered from January’s storm”

“I was happy to be making my way in the world finally”, Asaad reflects. A small flock of sheep and a plastic-sheeted growing tunnel was the extent of his project, but he was proud of his efforts and had hope for the future.

However, 2021’s harsh winter, followed by violent storms at the beginning of 2022, devastated his hard work.

Falling trees killed several of his flock, and high winds tore the growing tunnel to shreds. He lost the crops previously flourishing within.

“It could have all been over for me at the beginning of this year. Without UNICEF and AVSI’s support, I could have never recovered from January’s storm”.

After reaching out, Asaad received additional support from UNICEF. UNICEF and AVSI’s technical team assessed the extent of the damage and identified the requirements to get the business up and running again.

Further UNICEF funding, generously donated by the Government of the Netherlands, has enabled the young man to rebuild and replant. He has also added more to his flock and incorporated two beehives.

Asaad started planting tomatoes and cucumbers. A fast-growing cash crop, they will soon be ready for harvesting and to be sold in local stores.

With remarkable resilience and determination, he looks forward to building on the second chance afforded by UNICEF’s support.

“I’m back on track now. It’s a slow process working with nature, but I can put everything I learned to practical use in support of myself and my family”.

Marwa el Mokdad is AVSI’s Field Coordinator for the Bekaa region. She has observed Asaad’s fall and ultimate rise. In common with other youthful beneficiaries of AVSI’s UNICEF-supported programmes, she highlights Asaad’s passion for his work and his eagerness to provide for himself.

“It was essential that we quickly helped ensure the resumption of his income-generating activities. To the technical, business and life skills he acquired within our programme, Asaad has added his passion and determination to pave a pathway of his own.”

Together, UNICEF and the AVSI Foundation, supported by key donors including the Government of the Netherlands, continue to support Assad and many of Lebanon’s rural youth through agricultural training programmes and the funding of sustainable income-generating business enterprises. 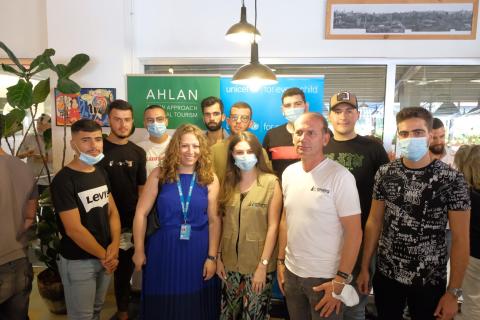 “Souk El Tayeb” Partners with UNICEF to launch “AHLAN”: A new approach to create opportunities for youth in Lebanon 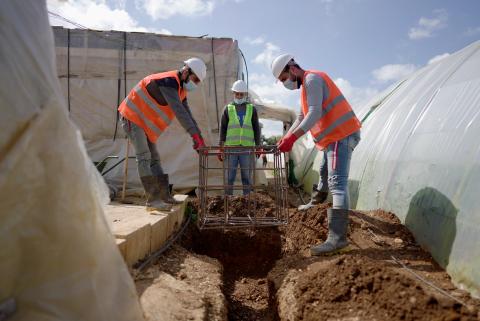 Addressing the needs of Lebanon’s youths 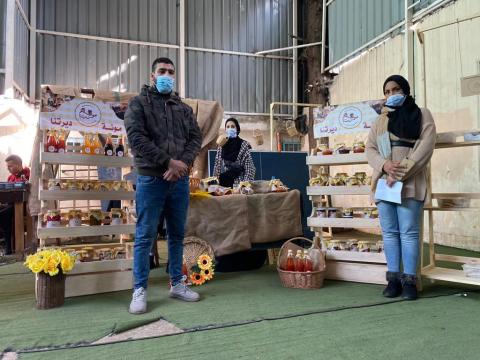 Through UNICEF, more than twenty vulnerable young men and women received paid training and have now opened a ‘mouneh’ business in the Beddawi refugee camp 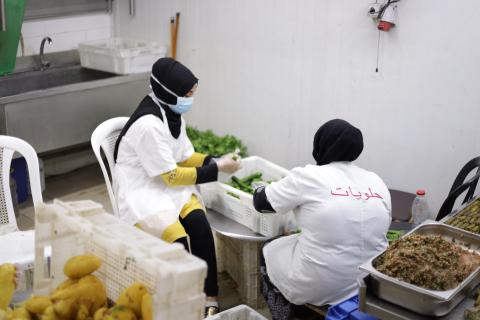