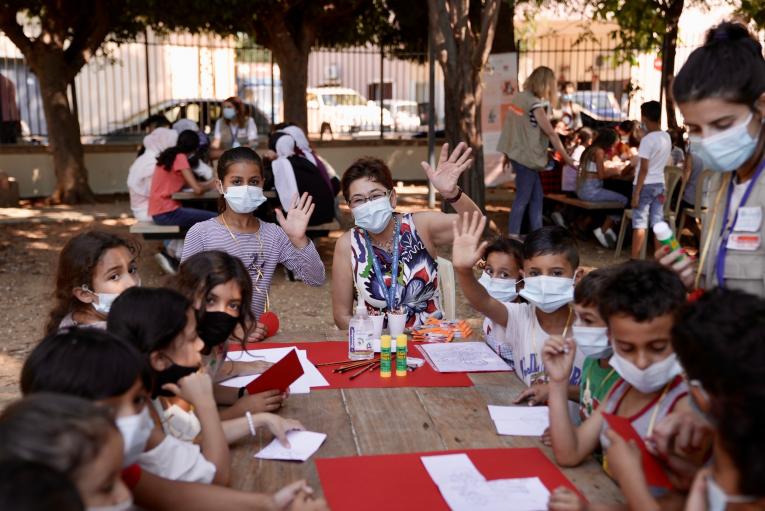 BEIRUT/LEBANON – 18 June 2021. UNICEF, Terre des Hommes Italy, and CatalyticAction inaugurated the newly rehabilitated Karantina public garden on Friday June 18, 2021. The rehabilitation of the garden is an initiative to support the families and the communities in Karantina after the Beirut Port explosion. This project was done in collaboration with the AUB neighborhood initiative, the Governor and the Municipality of Beirut.

The garden, which suffered damages after the explosion was rehabilitated with an aim to create awareness on the importance of ensure friendly and safe public spaces for girls, boys and their families and the local community. Thus, during the implementation phase, a participatory approach was adopted through a series of community engagement activities with children and local community members including youth, caregivers and key stakeholders to encourage and ensure the contribution of the community in creating a child friendly inclusive space.

The inauguration of the park took place in the presence of the Governor of Beirut, the Mayor of Beirut, and official representatives of UNICEF, Terre des Hommes Italy in Lebanon, and CatalyticAction. Children and their caregivers who were also present during the event enjoyed a variety of educational and informative activities on child protection messages and children rights under “Qudwa” initiative; an initiative design by UNICEF and implemented by Terre des Hommes Italy to encourage behaviors and norms that promote the wellbeing, dignity and equality of women, girls and boys in Lebanon.

“Child friendly spaces present the advantage of being a tangible reference for child rights and child friendly services within a community" - Yukie Mokuo, UNICEF Representative to Lebanon

“UNICEF sees the possibility of having public spaces like the Karantina park as an opportunity to foster community engagement to prevent violence, exploitation and abuse and promote social and behavioural change for the protection and wellbeing of boys, girls and women,” said Yukie Mokuo, UNICEF Representative to Lebanon. “Child friendly spaces present the advantage of being a tangible reference for child rights and child friendly services within a community, clearly visible and equally accessible to community members, as users, but also to local institutions, as promoters of child-sensitive governance”.

Luca Ricciardi, Country Delegate of Terre des Hommes Italy in Lebanon, also highlighted the importance of this initiative by saying; “Rehabilitating a child friendly space does not require only upgrading the physical environment but includes a full spatial re-definition, in line with the priorities and needs identified by the community members.

In cooperation with Catalytic Action and in partnership with UNICEF, Terre des Hommes Italy worked to redefine the space in Karantina to allow children to have access to an inclusive, entertaining and safe experience, rather than just a physical space, promoting the development of different senses that are critical to child development.

This is part of a broader strategy of Terre des Hommes Italy’s intervention in Karantina which aims at working with children, caregivers and the community as a whole to provide them with the tools needed to cope with the devastating impact of the Blast and the multi-layered crisis the country is currently facing.”.

On the other hand, Joana Dabaj, Co-founder and Principal Coordinator of Catalytic Action added; “Our main focus throughout the rehabilitation of the Karantina Public Park was to ensure it met the needs and desires of the community. This meant working directly with the children who would use the park, but also their caregivers and local residents. We believe that children have a right to feel safe, to play and to have a voice in the recovery of Beirut. Through a series of participatory workshops, children expressed ideas for the park that have directly informed how it looks today. We hope that this participatory process has instilled a sense of ownership towards the park amongst children and the community”. 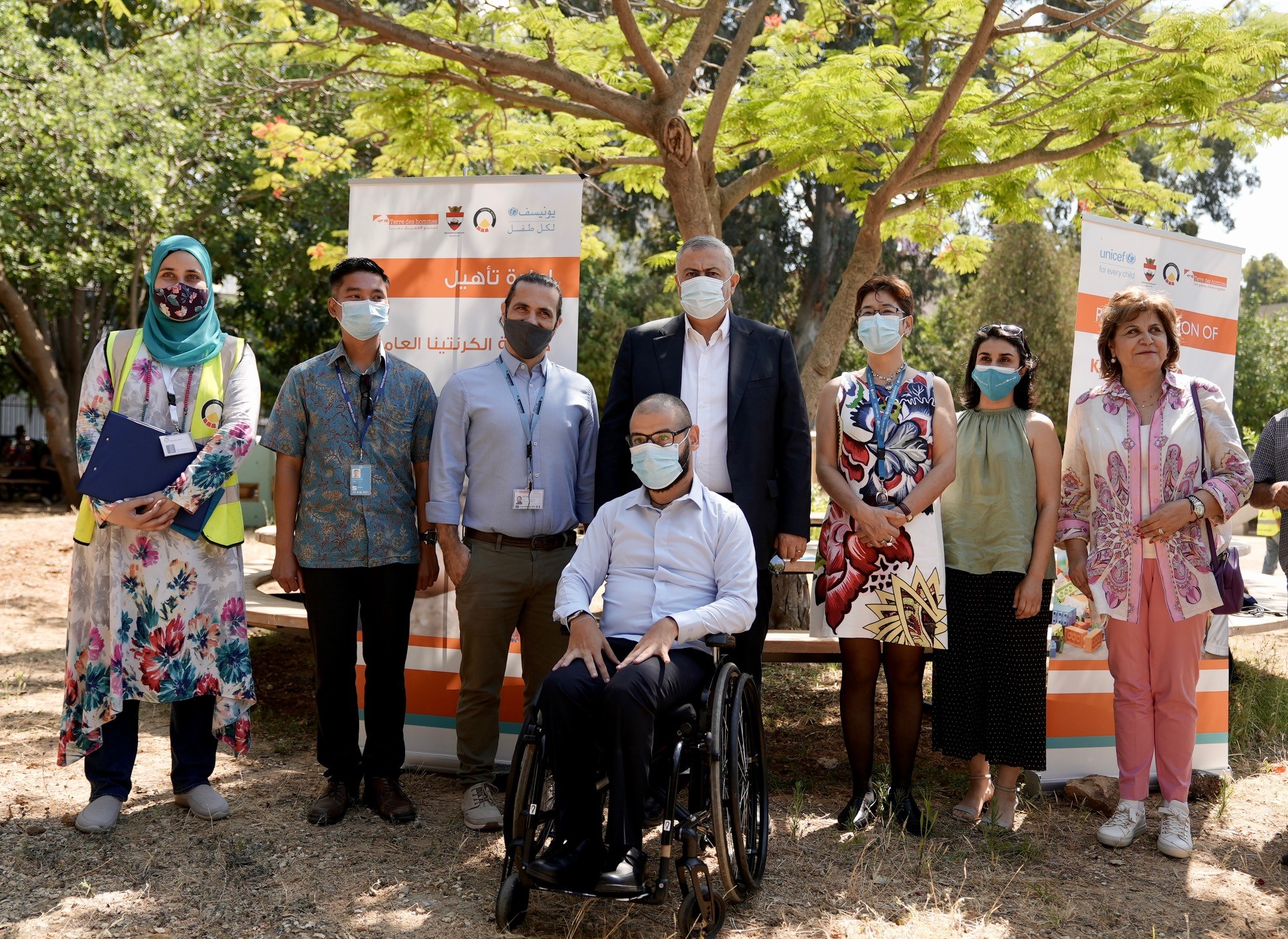 The rehabilitation activities relied on local skills and material with the goal to also benefit the local community, and it is part of the “Promotion of Child Protection activities in Mount Lebanon and Baalbeck and Hermel Governorates” project implemented by Terre des Hommes Italy in Lebanon in partnership with UNICEF. 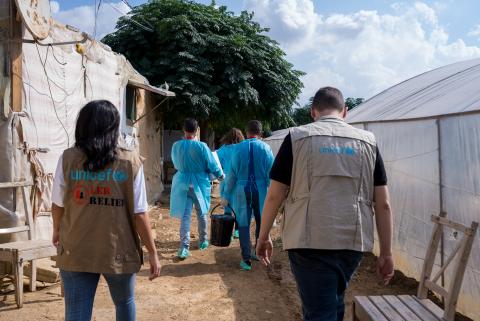 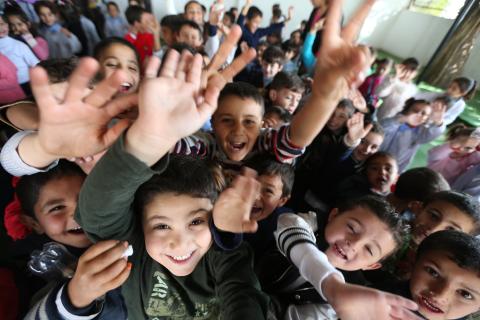 UNICEF AAP prioritises the voice of those accessing services 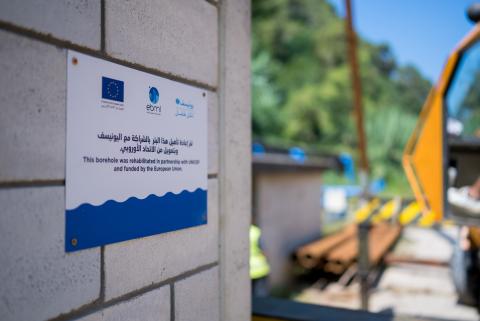 EU and UNICEF maintain water flowing to families in Lebanon

“When the water was fixed, I was really happy because we can play again and take baths.” – Noura, 7 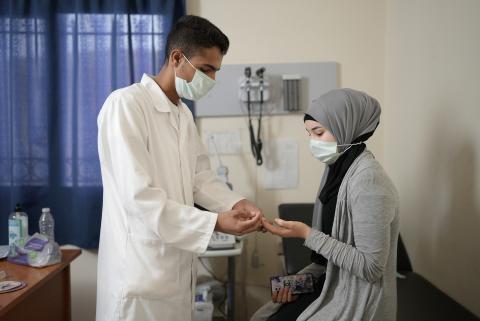