UNICEF’s Education policy program aims at improving the quality of education in the public sector. It focuses on the improvement of the socio-economic status of marginalized and vulnerable.

The Syrian Crisis will be entering its ninth year in March 2019, and continues to drive the most significant refugee crisis in the world. Today, more than one million Syrian refugees live inside Lebanon's borders, of which almost 63% are of school-age and in need of affordable quality education opportunities. In addition, several thousand vulnerable Lebanese residents and Palestinian refugees are also in need of subsidized education services; their prospects of receiving this are diminished by the weight of the Syrian refugee influx.

With over 25% of Lebanese households and 75% of refugee households now living under the poverty-line, many poor families are resorting to negative coping mechanisms - including engaging in child labor and child marriage; rendering many thousands of children vulnerable to violence, abuse, and exploitation.

In Lebanon, the Ministry of Education and Higher Education (MEHE) has taken up a commendable leadership role in ensuring that all vulnerable girls and boys in Lebanon have access to affordable education opportunities. In close partnership with the Education Sector (including UNICEF, donors, other UN agencies, and NGOs), the MEHE drew up a five-year education response strategy called Reaching All Children with Education (RACE II). This Strategy approaches the country’s education sector response through three key pillars: 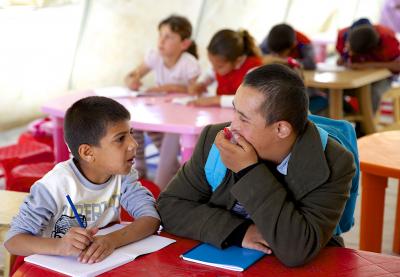 Enhancing access to, and demand from, children, youth, and their caregivers, for equitable formal or regulated non-formal education 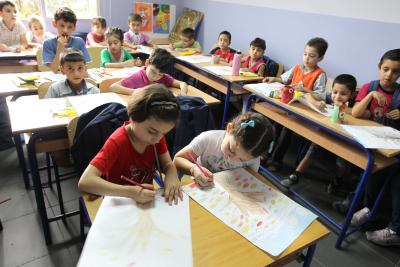 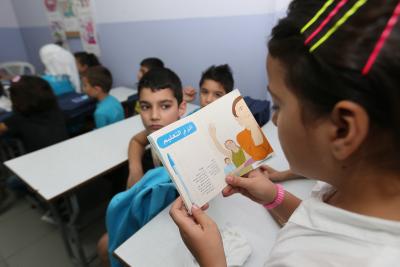 UNICEF has been MEHE’s leading technical and financial partner in the implementation of the RACE II strategy. This strong partnership has resulted in: