Step Up For Breastfeeding!

Nurses in Lao PDR are receiving professional training to provide quality counselling services on breastfeeding for new mothers, providing them with the knowledge and support needed to raise healthy children.

Breast milk is the best gift a mother can provide to her newborn child to ensure the best start to their life. However, many mothers in Lao PDR are still not aware of the full range of benefits of breastfeeding and may still have misconceptions about the practice.

One of the people working hard to address these issues is Tanoy Laephoukham, 32, a nurse working at the Neonatal Intensive Care Unit (NICU) at the Mother and Newborn Hospital in Vientiane Capital. Tanoy has worked at the hospital close to ten years now and her day-to-day work consists primarily of caring for sick infants in the NICU and supporting new mothers on breastfeeding.

“Breastfeeding is extremely important and has benefits for both the mother and child. For children, breast milk provides all essential nutrients, protects them against various illnesses, and promotes healthy brain development,” explained Tanoy. “For mothers, it can also help reduce postpartum hemorrhaging and strengthen the bond between the mother and child among other health benefits,” she added.

Among the most common barriers she has noticed in her work to promote breastfeeding is the lack of knowledge among mothers on both the benefits of breast milk and how to breastfeed properly. Alongside this, there are also often misinformation circulating among mothers around breast milk substitutes as well.

“I have seen many cases in my own hospital where new mothers would bring along infant formula with them to the hospital in preparation for childbirth. Whenever I see cases like that, I would approach and explain to them the difference between breast milk and breast milk substitutes, and the benefits of breastfeeding,” Tanoy stated.

Tanoy said that when she first started working at the hospital, she relied a lot on her more experienced colleagues for guidance on how to support breastfeeding mothers. However, after taking part in a three-month breastfeeding counselling accreditation course implemented by the Ministry of Health of Lao PDR, the European Union, Save the Children and UNICEF, Tanoy said that she has learned many new things about breastfeeding.

“Taking part in the course has helped me a lot, especially for my work in caring for sick infants in the NICU,” she said. “The knowledge I gained from the course has also helped me deal more confidently with the various problems that mothers often face around breastfeeding, such as lactation failure, inverted nipples, breast abscess and insufficient milk supply. It has also enhanced my skills in providing counselling support to mothers to address issues like incorrect breastfeeding positioning and attachment, sore breasts/breast engorgements and rallying family members to support breastfeeding mothers.”

Tanoy was one of the 17 health workers (15 from Vientiane Capital and 2 from Vientiane Province) who recently took part in the national breastfeeding counselling accreditation course. The course is aimed at producing certified breastfeeding counselors, like Tanoy, who can provide counselling support to breastfeeding mothers, as well as identify and address any issues around breastfeeding that they may experience. The three-month course consist of both a theoretical and a practical component implemented at the Mahosot Hospital and the Mother and Newborn Hospital, with the first round of the course previously being offered from 10 February to 9 April 2022 and further practicum sessions being organised at the hospitals for two consecutive weeks in late May to early June 2022.

“I encourage all mothers to exclusively breastfeed their child during the first six months and then introduce complimentary feeding with continued breastfeeding for two years or beyond to ensure they can have the best start to life,” said Tanoy.

On the occasion of World Breast Feeding Week 2022, the theme this year being “Step Up for Breastfeeding: Education and Support”, UNICEF is calling on governments, workplaces and relevant actors throughout all areas of society to protect, promote and support the practice of breastfeeding by creating breastfeeding-friendly environments for mothers and empowering all actors with the knowledge to support breastfeeding mothers. 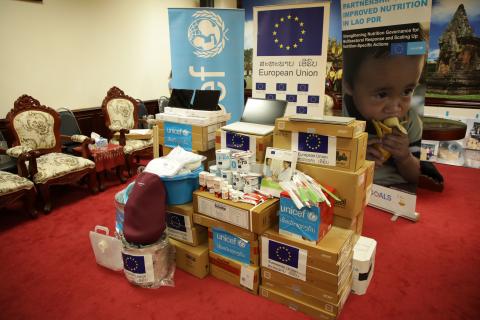 $1.6 million worth of supplies handed over by the European Union and UNICEF to improve nutrition in Lao PDR 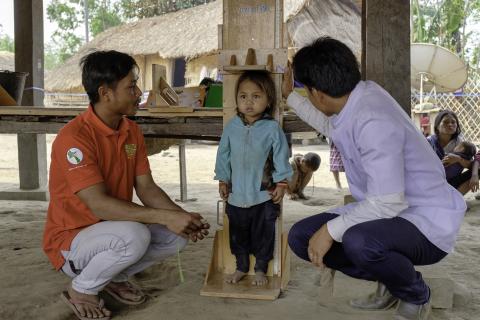 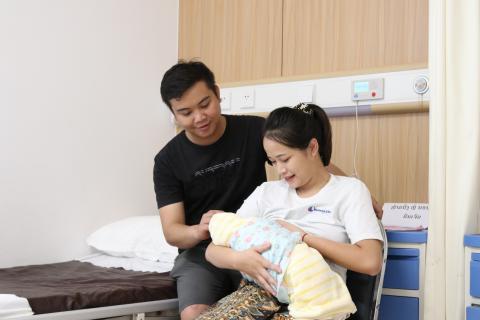 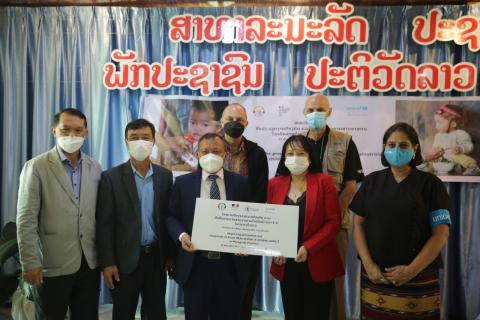