Fulfilling her dreams: how a girl survives rape

Fulfilling her dreams: how a girl survives rape

Between her counselling sessions at a shelter for abused women and girls, Phaeo* learns how to create fashion accessories and sew clothes as part of her vocational training. After living for three years in the centre, she is ready for an independent life to raise her son Ngon.

Phaeo* is excited to start her fashion and retail business. She beams with such positive energy when talking about it, and admits she also wants her three-year-old son Ngon* to grow up to be a businessman. The boy disagrees and insists, “I want to be a pilot!” The room fills with laughter.

But it was not always a walk in the park for Phaeo. Barely into her teens, she was repeatedly raped for over a year by her stepfather – who threatened her so that she would not tell anyone – and got pregnant. She did not have the courage to tell anyone, even her mother; until their neighbours began to notice some changes in her body, which prompted her to admit to what happened.

Without knowing much of what his mother has gone through, Ngon takes part in the debriefing and group activities of child victims and survivors of abuse, violence and trafficking at the centre – where he “feels at home” with the friends he has grown up with.

Word got around quickly and she became the subject of ridicule in their Hmong community. Their village chief cast her out saying it was against their culture.

Without speaking a word of Lao, pregnant Phaeo then sought refuge at the Lao Women’s Union – who sent her to a hospital to deliver her son Ngon. Soon after, she was admitted to a shelter for abused women and children, where she received the legal assistance she needed to prosecute her stepfather.

She now receives medical, legal and psychological counselling as part of her rehabilitation. Her basic needs including health care are covered and she benefits from vocational training to become an entrepreneur. “I have since been healing the scars of that not-so-distant past. I am very comfortable here, and I feel like I have a family whose members take care of each other,” Phaeo says of her three-year stay at the shelter with a smile.

“Phaeo has been emotionally solid, showing such strength that we are convinced she can be released soon,” social worker Vannaly says. She adds Phaeo has completed all the modules of the vocational training course. Her dedication resulted in a sterling performance – despite not having prior education – and she can now speak Lao fluently. Vannaly is confident Phaeo is ready.

“I will live my life fully and raise my son well – because that’s something I missed as a child,” Phaeo says. The little boy, who barely has any idea of what his mother has gone through, attends kindergarten in a nearby school. He likes wearing superhero clothes – complete with cape and mask. He also actively joins the girls’ drawing and learning sessions at the shelter.

Phaeo is very open to social workers handling her case, whenever they visit her at the shelter where she and her son are hosted. Here she shares a light moment with Vannaly, a social worker, talking about her plans to create her own tailoring and retail shop as soon as she is released.

Vannaly says the shelter’s management is now looking for the resources to provide Phaeo with seed funds for her to start her business in her home province – opening her own tailoring shop.

“But I will not return to my home town. I want to set up my shop in another city that’s still close to my mother, but not in the same town,” Phaeo says.

After officials of the Lao Women’s Union sent police and social workers to explain to the village chief the circumstances of what happened to Phaeo, he and his neighbours changed their minds and are now ready to welcome her back.

But Phaeo is determined to make her own mark – away from where it all started for her. “I want to make a life of my own, raise my son well, and help provide for my mother and younger brothers’ education,” Phaeo says. She does not know how old she is exactly, as she was only registered in the traditional Family Book, but she acknowledges she is still very young to already be a mother.

Ngon wants to be a pilot someday, but for now he marvels at the thought of being a superhero. His favourite outfit includes a cape and a mask because, he says, he wants to help those who are oppressed.

Phaeo’s determination to claim the childhood she never had, and make sure her son enjoys his own is inspiring. Phaeo will not be going home to her mother for a long time, but she intends to help them in any way she can. Most importantly, she vows to protect her son Ngon from any abuse. MS

* Names have been changed to protect the privacy of individuals. 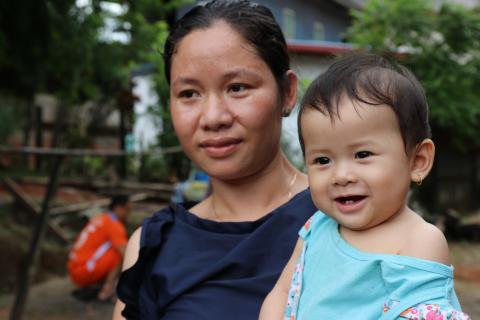 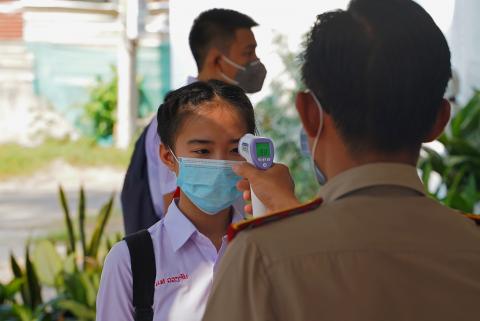 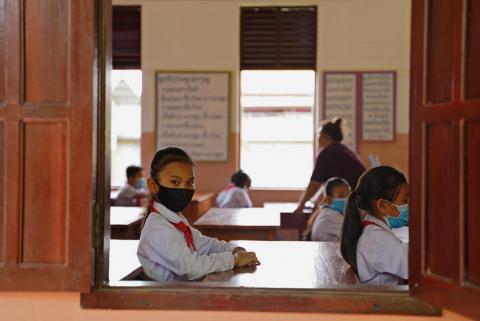