It’s an unseasonably cool morning in Senxay Village, near central Laos, and a good day for health teams to go door to door to vaccinate children against polio. For mothers like 25-year-old Vardy, she’s delighted to see her 5-month-old baby boy being immunized.

“I’m really happy,” she says with a beaming smile while bouncing her baby up and down. “I know after being vaccinated my baby will stay healthy and safe.”

In remote ethnic villages like these, children are often the most at-risk of preventable diseases and viruses, and it wasn’t so long ago that tragedy had struck in a nearby village.

In late 2015, an 8-year-old boy suddenly had a high fever and weak limbs. Four days later, he tragically died in hospital from vaccine-derived polio virus.

“Reaching every child with vaccinations can be a challenge, but it’s critical we do to stop similar outbreaks,” says Dr. Inphone Maniseng, Director of the District Health Department overseeing a huge vaccination campaign. “Since the outbreak we’ve carried out eight vaccination rounds for thousands of children.”

However, with the support of UNICEF and WHO, one last push to ensure polio is eradicated once and for all is taking place over ten days in 13 provinces and 90 districts to vaccinate about 460,000 children under five.

Mothers like Vardy in the picturesque villages of Laos not only have their children vaccinated, but understand the need to ensure they keep up with regular vaccinations. “I now know that vaccinations are important to keep my children healthy. I’ll make sure I take them for immunization to keep them safe.”

A big reason vaccine-derived polio broke out in this part of Laos was, according to village leader Khamphet Chansomphou, because of low awareness and lack of community involvement. “Raising awareness and explaining the importance of being vaccinated to the villagers was really important to ensure they come,” he says in the local health centre.

“They have to clearly understand that while it’s about keeping children healthy, it’s also about education and their economy. Healthy children can go to school and learn, healthy children don’t need costly medicines.”

UNICEF worked closely with partners to create educational materials in local languages to inform villagers about the importance of being vaccinated. UNICEF staff and partners travelled village to village to deliver the information, show videos using mini-projectors and hold open discussions to explain vaccinations.

“By talking to communities we also get a better understanding of how we can serve them,” says Mr Chansomphou. “It works both ways – it helps us think about how to improve our services and understand people’s needs.”

Polio has now been eradicated and children are safe again, but health providers must ensure efforts to reach every child remain to ensure similar outbreaks never happen again.

Nearby, 20 year old mother Xim Dua was just stopped by a mobile health team. “This is the first time my 5-month baby has been vaccinated,” she says shyly. “We live a long way, I didn’t know.”

Now she knows and after the health team explains to her the need to ensure her baby is vaccinated, she’ll be back. But UNICEF and partners must continue to work to ensure they reach everyone, no matter how far they are. Only then will every child be safe from preventable diseases and illness. 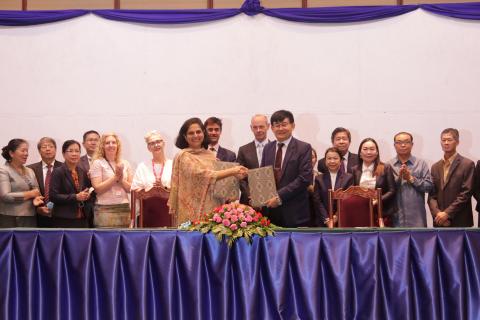 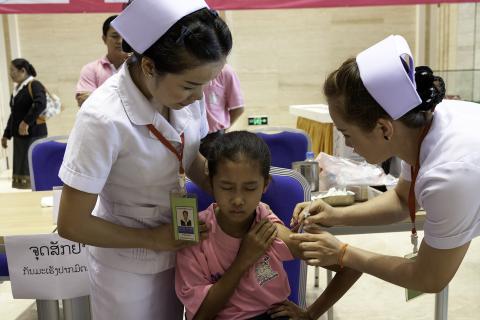 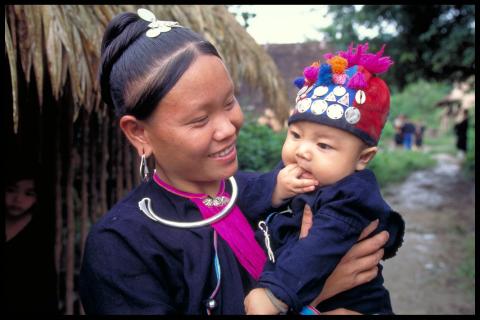