UNICEF, with funding from MMG through UNICEF Australia, is supporting a community-led approach to eliminate open defecation in Viraburi District of Savannakhet Province

Ms. Nola Naduangchanh, 41, is a resident of Nam Khip village in Vilabouly District of Savannakhet province, where she lives with her husband and three teenage daughters.

Sitting atop a sunny and breezy hill, the village is home for 100 households. Walking through the village, it is now very common to see an outhouse located within the vicinity of almost every home in the village. However, such a sight would have been quite rare in the village years ago.

“Many years ago, most families in our village did not have toilets in their homes and a common practice among us was to rely on either the bushes or neighbors who owned a toilet, which I remember distinctly there being only around four families back then,” said Ms. Naduangchanh.

“As for my own family, we were all forced out of necessity to dig and use a pit latrine, including my three young daughters,” she further added.

The practice of open defecation in Nam Khip made the surrounding environment of the village dirty and had an unpleasant smell. A lot of the people who practiced open defecation before were also primarily children. 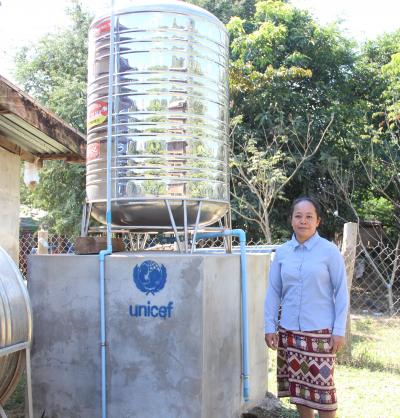 Open defecation is a major health problem for many communities where access to toilet facilities is unavailable. The practice can put communities at greater risk of diseases, such as waterborne diseases like diarrhea.

Since then, there has been gradual improvements to the situation at Ms. Naduangchanh’s village and virtually every family in Nam Khip now has access to and is using a toilet. This change is the result of many different factors, including efforts by the Government and development partners. Over the last years the situation has further improved due to the implementation of a water, sanitation and hygiene (WASH) in community programme supported by UNICEF in Vilabouly district of Savannakhet province.

The intervention, which is supported by funding from MMG through UNICEF Australia, was first introduced in Vilabouly District in 2018 and aims to completely eliminate the practice of open defecation in the district through the introduction of a community led total sanitation (CLTS) approach.

“Seeing the impact made by open defecation on the environment of my own village and the harms that it poses to the villagers, especially to the young children, I decided to have a toilet built in my home around two years ago,” stated Naduangchanh. “I am so happy now that we have a toilet at home. The village overall just looks much cleaner and healthier compared to before.”

Based on the CLTS approach, UNICEF’s intervention focuses on providing cascade training on how to trigger demand for collective behavioral change around the practice of open defecation. The training begins at the district level, where district authorities receive training on the CLTS approach and how to trigger demand for change by disseminating key messages on sanitation and the health consequences of open defecation. Afterwards, district level trainers provide training to village authorities on how to further trigger the community’s desire to create behavioral change and a collective drive towards the creation of ODF villages. These trainings are targeted at 14 villages in Vilabouly District of Savannakhet, including Nam Khip village. Ms. Naduangchanh is among the people who have received this training.

Coincidently, in June 2020, Ms. Naduangchanh’s was elected as the Deputy village chief of Nam Khip. Now, she has the authority to continue the sanitation drive in her village so no child will ever have to face the same plight of her children.

She is working hard to ensure that the people of her village do not revert back to practicing open defecation again. Utilising the techniques and knowledge that she has gained from the training, the newly-elected Deputy Village Chief and a team from the village committee visit individual household in Nam Khip quarterly. They spread awareness on the health consequences of open defecation, the importance of hand washing, toilet use and generally maintaining a clean and hygienic environment to safeguard the community against the spread of diseases. In addition to these house visits, she also uses village loudspeakers to raise awareness on sanitation.

“At first, many villagers were not accustomed to using toilets and did not see the importance of using toilets and the health consequences of open defecation. However, the attitude of the villagers toward the use of toilets have changed for the better since we began working to actively raise awareness about the harms of open defecation and the importance of good hygiene and sanitation to health,” said Ms. Naduangchanh. 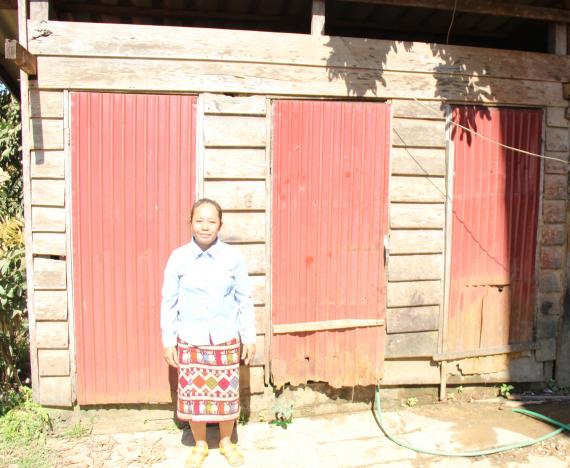 UNICEF Laos/2020/SSihaphom
An outhouse toilet in every home has now become a common sight in Nam Khip village.

“Now that every household in Nam Khip village is using a toilet our village is open defecation free, I feel extremely proud of the great collective effort among the villagers of Nam Khip to tackle the issue of open defecation,” said Ms. Naduangchanh. 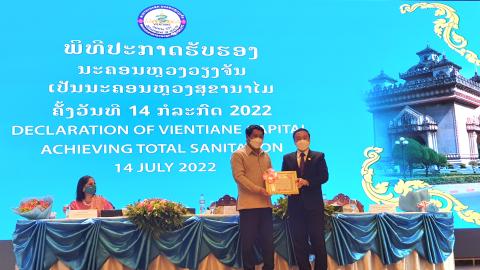 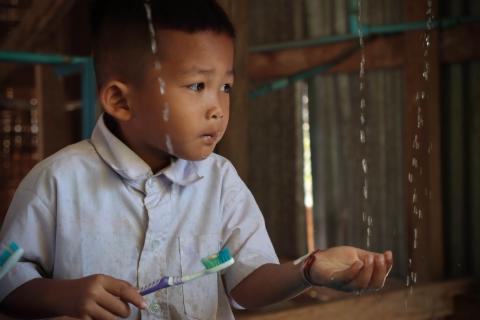 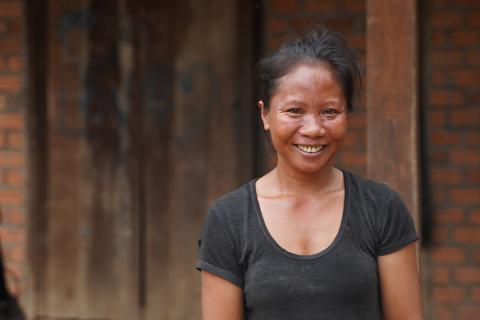 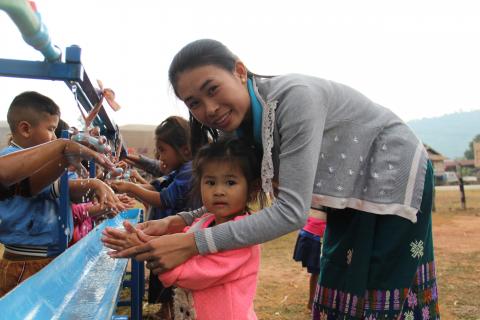