The medal was awarded by the Ministry of Foreign Affairs in recognition of Ms. Beate Dastel’s extensive achievements for Lao children during her role as UNICEF Deputy Representative between 2019 to 2022. 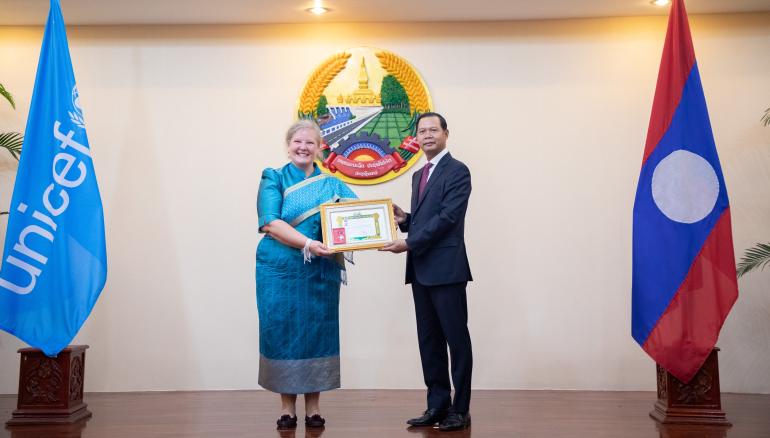 Vientiane, 26 July 2022 – The Ministry of Foreign Affairs (MOFA) has awarded Ms. Beate Dastel, UNICEF Deputy Representative to Lao PDR, the Cross of Friendship Medal in recognition of her service to the children of Lao PDR as she concludes her tenure in Lao PDR this week.

The award ceremony was organised at MOFA. In attendance were Mr. Vilatsone Visonenavong, Acting Director General of the Department of International Organizations, MOFA, and H.E. Mr. Phoxay Khaykhamphithoune, Vice Minister of Foreign Affairs, who presented the medal to Ms. Dastel.

“Ms. Dastel has significantly contributed to strengthening and enhancing the cooperation between UNICEF and the Lao PDR, particularly in areas of the promotion and protection of the rights of children and women in Lao PDR. In return for her important contribution, the Government of Lao PDR has decided to award her with a Cross of Friendship Medal in recognition of her hard work and dedication toward the development in Lao PDR,” said Mr. Vilatsone Visonenavong during the ceremony.

Ms. Beate Dastel served as Deputy Representative of UNICEF in Lao PDR from September 2019 to July 2022. During her role, she played a pivotal role in many initiatives for the benefit of children and women in Lao PDR across various areas, including health and nutrition, sanitation and hygiene, education, child protection and social inclusion. Among her noteworthy achievements included the planning and development of the new Government of Lao PDR-UNICEF Country Programme 2022-2026, which acts as the framework of cooperation between the Government of Lao PDR and UNICEF for the next five years.

Furthermore, Ms. Dastel has also served as Representative Ad-Interim for UNICEF Lao PDR, during which she played an instrumental role in leading the support to Lao PDR’s COVID-19 response. Under her leadership, UNICEF became the first development partner to provide personal protective equipment and other vital supplies to the government. Her guidance further helped positioned UNICEF as one of the strongest partners for Lao PDR’s vaccination, hygiene and sanitation, and nutrition programmes and ensured the successful implementation of UNICEF’s Safely Back to School campaign. The campaign helped support Lao children in returning to school following the lock-down period and was rated as among UNICEF’s most compelling back-to-school campaigns globally during the pandemic.

“I would like to extend our sincere thanks to the Government of Lao PDR for the honour of receiving this medal on behalf of UNICEF and all our partners for the great collaboration. UNICEF is very excited to continue our partnership with the Government of Lao PDR and all partners to further enhance the wellbeing of children and a brighter future for children,” stated Ms. Dastel. 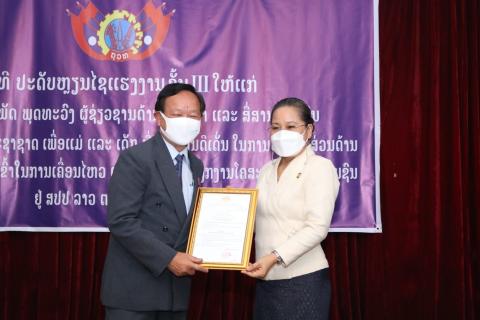 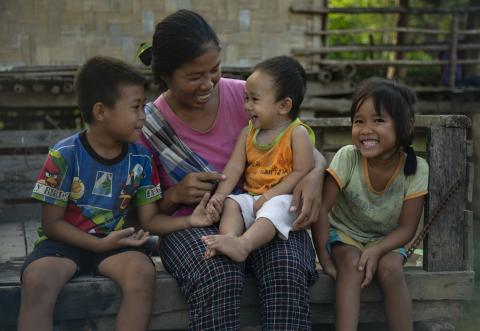 Ministry of Justice and UNICEF Work on Amending the Law 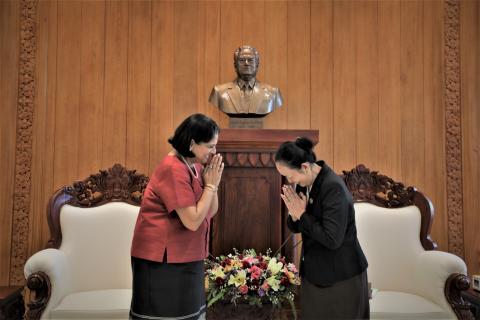 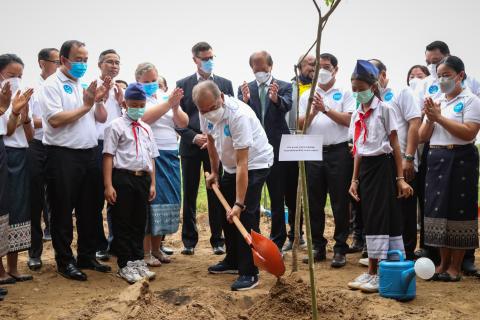