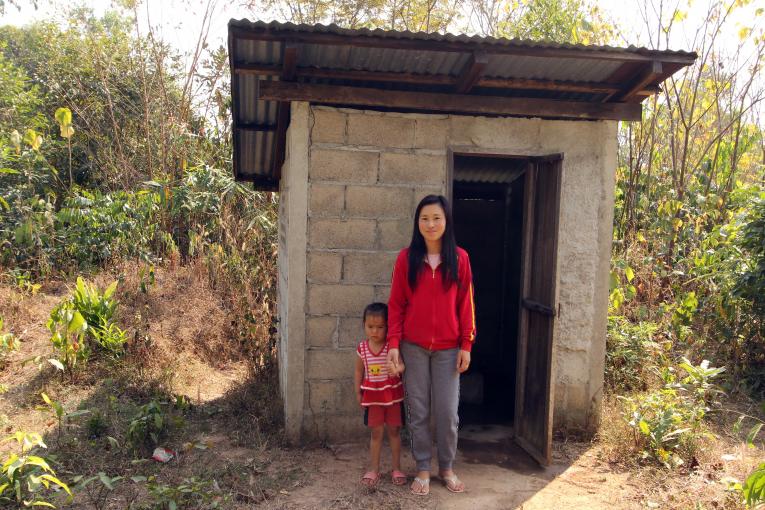 UNICEF Laos/2018/Saykoson
A mother and her daughter are happy to be able to have clean water and a toilet at home.

PAKKADING, 13 February 2018: In a ceremony chaired by the Provincial Governor, Kongkeo Xaysongkham, Borikhamxay district, in Pakkading province, has been declared Open Defecation Free. This is the third district in the province, after Thaphabhat and Paksan in 2016, which has been able to put an end to this practice.

Open defecation (OD) refers to the practice whereby people go out in the fields, bushes, forests, open bodies of water or other open spaces rather than using the toilet to defecate. It contributes to the incidence of diarrhea and the spread of intestinal parasites, which in turn causes malnutrition and stunting.

In Lao PDR, 38 per cent of households have no sanitation facilities at all. Consequently, open defecation continues to be a common practice in both rural and urban areas.

“This is a very important milestone which has been achieved thanks to the contribution of many different stakeholders, including UNICEF, and the people of this district. The open defecation free status will have a direct impact on the health of the villagers and it is my hope that many other districts will learn from the work that has been done here and will follow the example of Borikhamxay,” said Mr Xaysongkham.

Speaking at the ceremony, Myo-Zin Nyunt, Deputy Representative of UNICEF Lao PDR highlighted the joint efforts which led to the open defecation free status in the province. “No one on its own can end this practice. Therefore, I would like to acknowledge the restless work of the Provincial Health Department, the Provincial Nam Saat, the Lao Women’s Union and other government agencies with the support from the Nam Saat Center. You all have shown that joining hands to increase access to improved sanitation in the province is possible and it pays off.”

Ending Open Defecation in Borikhamxay has been possible thanks to the ‘Community Led Total Sanitation’ (CLTS) which is an innovative methodology for mobilizing communities to completely eliminate open defecation. Through this approach, communities conduct their own appraisal and analysis of OD and take their own action to become ODF.

Since the implementation of CLTS in the province, forty-seven communities have been mobilized to take action in order to eliminate OD and improve their surroundings. In many villages, communities are helping each other to ensure no household is left behind without basic sanitation. As a result, the district has a total of 9,207 families or 54,814 people who are benefitting from a cleaner environment.

Efforts need to continue to keep gains and maintain the status of Open Defecation Free, for which the district will have to move towards achieving total sanitation, including: use of toilet, hand washing with soap, use of safe water, use of safe food, a clean house, and a clean environment.

“We will continue our joint efforts to maintain the Open Defecation Free status and move towards achieving total sanitation. UNICEF, as always, is by your side,” added Mr. Nyunt.

There is a growing interest in other provinces to increase efforts to end open defecation. All the governors of the eight districts of Savarane Province have already visited Borikhamxay to learn the districtwide approach on elimination of open defecation and are now replicating Borikhamxay’s model. 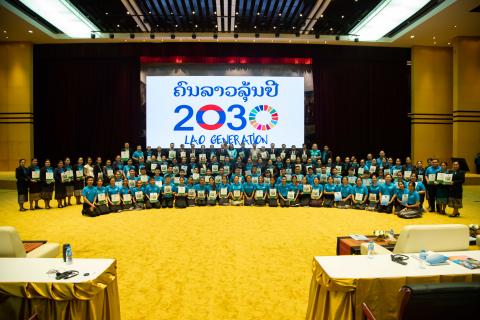 The Government, UNICEF and Stakeholders Renew their Commitment to Develop the Human Capital of the Lao Generation 2030 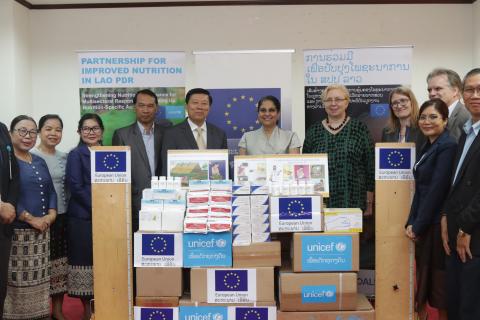 Reimagining the Laos We Want for Children, Adolescents and Youth on World Children’s Day 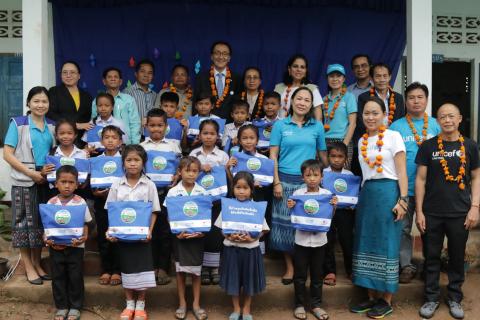