Twenty thousand residents were issued with a mandatory evacuation order.

For the past five months the resident of the community of Georgetown on the Leeward side of Saint Vincent expected that she would have to leave her home at a moment’s notice as the La Soufriere Volcano in the mountains above her family’s home rumbled to life. The last time it erupted was April 1979, but the 24-year-old Meddesha had only heard stories of that traumatic time from older family members and neighbours.

Now, on the afternoon of 8 April 2021, some 42 years almost to the day, Meddesha and 20,000 residents in the designated red zone were issued with a mandatory evacuation order. They were mostly packed and waiting and speedily boarded private or government-provided transportation to journey to the 60- plus government shelters which were opened in the Eastern Caribbean country’s safe zone.

For Meddesha there was additional worry for the safety of her one-month-old daughter Emily. The young mother had spent the last months of her pregnancy on edge, anxiously following news from the team of experts who began to closely monitor the volcano in 2020. The alert level was raised to orange, the second highest, back in December 2020.

“It was not an easy time because I was constantly worried about what would happen if the eruption came while I was in labour. Also, suppose it erupted suddenly and I was not able to get out with my daughter,” Meddesha says.

Thankfully, Meddesha and most of the residents in the danger zone were able to  escape in time and watched from the safety of their temporary homes in shelters as the volcano erupted, sending ash plumes spewing 20,000 feet into the air, less than 12 hours after the mandatory evacuation order was given.

“We made it out just in time,” Meddesha reflected as she cradled her precious daughter.

The future is uncertain for the displaced residents. Government has announced that many of them will remain in Saint Vincent but friendly neighbouring countries in the Caribbean have expressed a  willingness to open their borders to displaced Vincentians. Meddesha and the thousands of evacuees await details of that plan.

In the meantime, they are also faced with the complex task of navigating COVID-19 protocols in shelters.

UNICEF Representative for the Eastern Caribbean Area, Dr Aloys Kamuragiye says the agency has been in preparation mode for months and was able to immediately kick its response into action.

“In less than 24 hours we were able to dispatch life-saving water and sanitation supplies to Saint Vincent, thanks to our partnership with the Caribbean Disaster Emergency Management Agency (CDEMA) and the logistical support of the Barbados Defence Force whose marine fleet transported the items to Saint  Vincent.
“Our immediate concern is the well-being and safety of not only the 5,000 children and their families in the immediate danger zone but those in all of Saint Vincent who will need our help and support to get through this challenging period. We can assure them we will be there for them,” Dr Kamuragiye said.

With La Soufriere volcano in St Vincent and the Grenadines now in an explosive state, @UNICEFECA has partnered with @cdemacu to support relief efforts there with the donation of urgent and essential items. pic.twitter.com/rcJVJyRbk4 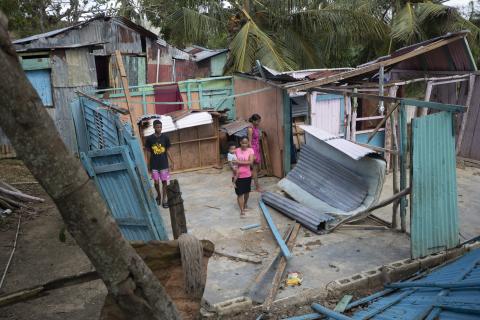 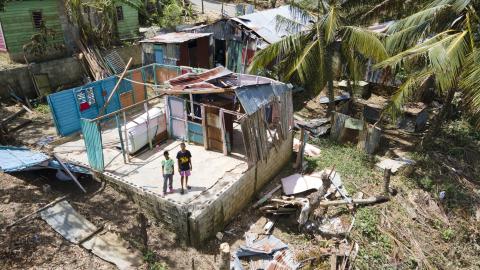 “We could hear the wind under our bed,” the memory of Fiona’s passage through the Dominican Republic 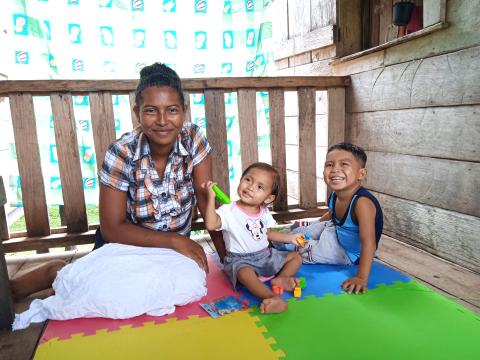 “She was really bad. Sometimes she would swell up, she just

Rebeca recalls the condition of her little daughter Annelia, before receiving nutritional support from UNICEF and its partners 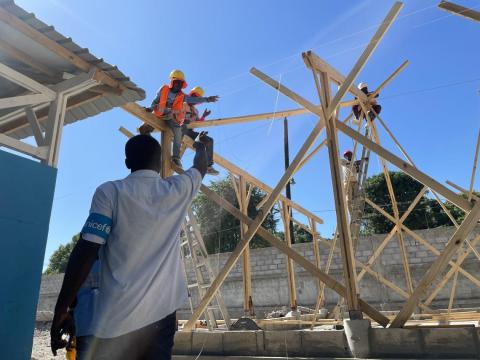