The Lions are the most established and coveted awards for the creative and marketing communications industry. 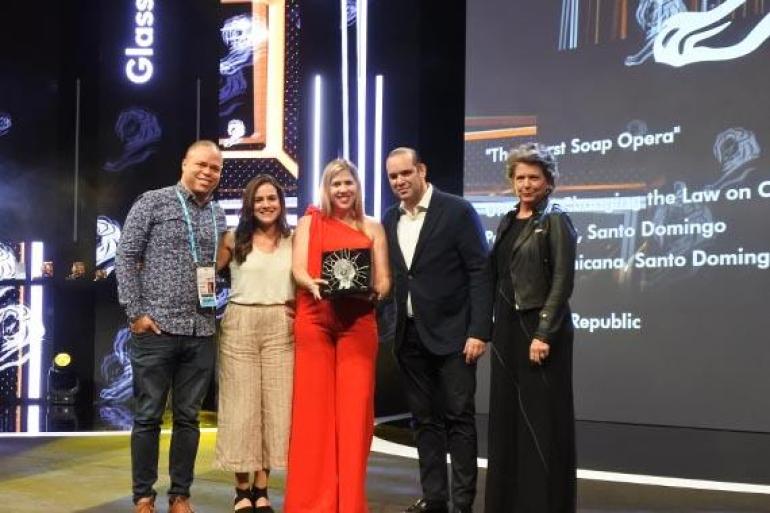 SANTO DOMINGO, 25 June 2018 – “The Worst Soap Opera" a communication campaign, designed creatively by the agency Pagés BBDO for UNICEF Dominican Republic, won three awards at the Cannes Lions Festival 2018, the most important global awards to creativity and advertising. The campaign won a Bronze Lion award in Media, a Silver Lion in Sustainable Development Goals and a Gold Lion in Glass.

For the first time a UNICEF campaign wins Gold in Glass: The lion for change. This category recognizes ideas that go beyond brand purpose to use branded communications to shift culture, create change and positively impact the world. This award also represents the first one received by the Dominican Republic.

“Watching the worst soap opera, we saw that no conditions apply, and we remember our blood is normal, and #MeToo. Uh oh, looks like time’s up” Madonna Badger, during her inspiring speech, referring to the campaign and other global initiatives on gender equality.

This year, Cannes Lions incorporated a new category, the Sustainable Development Goals Lion, to recognize those ideas that positively impact the world and contribute to advance the goals established in the 2030 Agenda. With this Silver Lion award, UNICEF reaffirms its commitment to contribute to the achievement of the SDGs, specifically the SDG 5 Gender Equality.

“The Worst Soap Opera” told stories of adolescent girls who, due to common reasons such as trying to escape poverty or a violent home, end up forced into child marriage with older men.

Soap operas (telenovelas) are the most consumed television content in the Dominican Republic. Taking advantage of this, UNICEF launched “The Worst Soap Opera”, a communication campaign based on this format and one of the first Dominican soap operas. The campaign received great support from the media and the private sector reaching 20.9 million people in 3 months. The Bronze Lion awarded to the campaign was for the use of the brand in a program or platform.

Quantitative analysis through probing questionnaires demonstrates that perceptions are beginning to change, as people became more aware of the correlational situations linked to child marriage, recognizing its existence and negative repercussions, and thinking twice before blaming girls for it. Prior to the initiative, only 60 per cent of the people in street polls indicated that it was undesirable for girls to marry older men and 65 per cent considered as sexual abuse when an adult has a sexual relationship with a child under 18 years of age who is five years younger than him. After the initiative, these figures rose to 83 per cent and 76 per cent, respectively.

By seeing the reality of child marriage in the soap opera format the public saw a reflection of their everyday reality, their stories, their neighbors’ stories or someone they know. Because of this campaign, people in Dominican Republic now understand the issue better, recognize it as a problem and ask for interventions to address it.

In addition to the awards mentioned, "The Worst Soap Opera" has received 2 Grand Prix, 10 Gold and 2 Silver in the Caribe International Communication Festival, as well as a Grand Prix, 3 Golds and 1 Bronze in the El Sol Ibero-American Festival of Advertising Communication.

About UNICEF
UNICEF works in some of the world’s toughest places, to reach the world’s most disadvantaged children. To save their lives. To defend their rights. To help them fulfil their potential.

Across 190 countries and territories, we work for every child, everywhere, every day, to build a better world for everyone.

And we never give up. 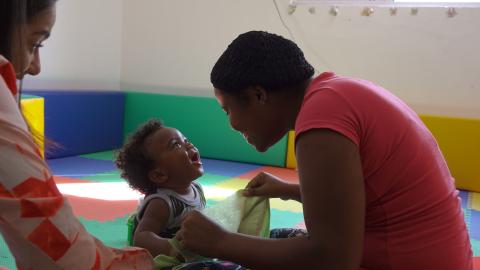 Thiago lived in and out of hospitals; today, he is healthy

Thiago lived in and out of hospitals; today, he is a healthy child