Spike in displacement could be new norm as climate change predicted to cause more Category 4 and 5 hurricanes in the region.

NEW YORK/PANAMA, December 2019 – The estimated number of children displaced by storms and flooding in the Caribbean islands* saw a six-fold increase in the past five years, a new UNICEF report said today.

Part of UNICEF’s Child Alert series, ‘Children Uprooted in the Caribbean: How stronger hurricanes linked to a changing climate are driving child displacement’ found that an estimated 761,000 children were internally displaced by storms in the Caribbean between 2014 and 2018 – the hottest five-year period on record. This is an increase of nearly 600,000, compared to the 175,000 children displaced in the preceding five-year period from 2009 to 2013.**

The report notes that the primary cause of the dramatic increase in forced displacement was a series of catastrophic tropical cyclones or hurricanes that hit the region between 2016 and 2018 – including four Category 5 and two Category 4 storms. More than 400,000 children in the Caribbean islands were displaced by hurricanes during 2017 alone.

The report warns that without urgent action to mitigate the effects of climate change, the increasing proportion of severe storms would likely result in similarly high levels of forced displacement in the coming decades.

Forced displacement from hurricanes can be relatively short term or last for years as communities rebuild homes, roads, bridges, power networks, agriculture, schools, hospitals, and water and sanitation systems. Children are particularly vulnerable during population displacements, especially if their parents are killed or they are separated from their families. Displaced children are also at increased risk from opportunistic diseases such as measles and respiratory infections, which can thrive in overcrowded conditions in emergency shelters.

Displaced children might also be left with limited or no access to the essential services they need to thrive including education, protection and health care.

The report also calls on governments to take steps to help communities prepare and recover from catastrophic storms and protect children displaced by disasters related to climate change. Some of the recommendations include:

Before, during and after disasters strike, UNICEF works with partners throughout the Caribbean to protect and support children. With climate change mitigation, development policies and resilience planning, UNICEF focuses on children and works to establish disaster-risk reduction strategies that limit forced displacement and shorten rehabilitation time – so families can return home. This work includes:

**These estimates are based on data from UNICEF and the Internal Displacement Monitoring Centre. 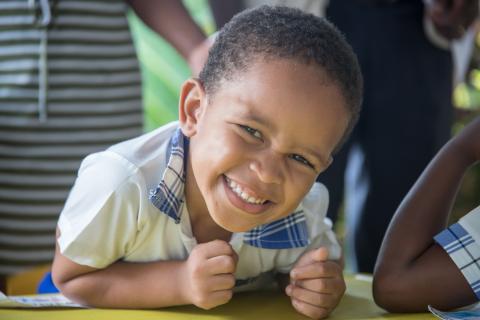 In the Caribbean, UNICEF works on developing resilience in children and communities on islands affected by hurricanes
Visit the page 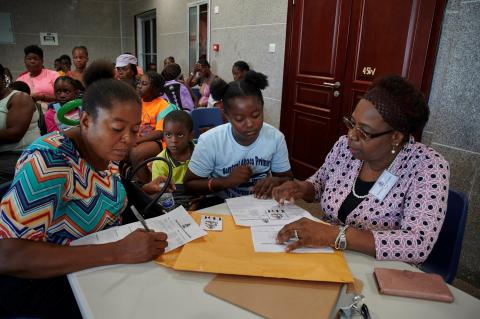 Hurricane Dorian: Bahamas Government and UNICEF to bring 10,000 displaced children back to school
Visit the page 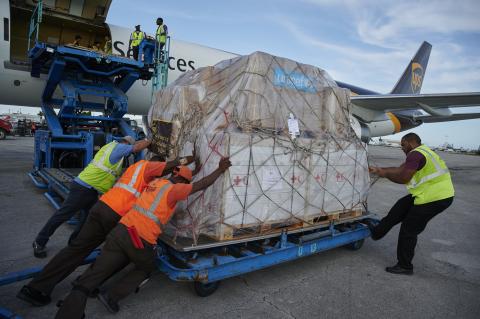 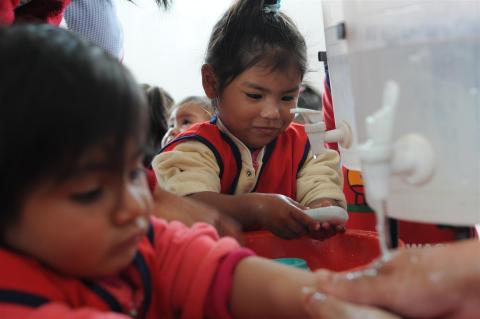