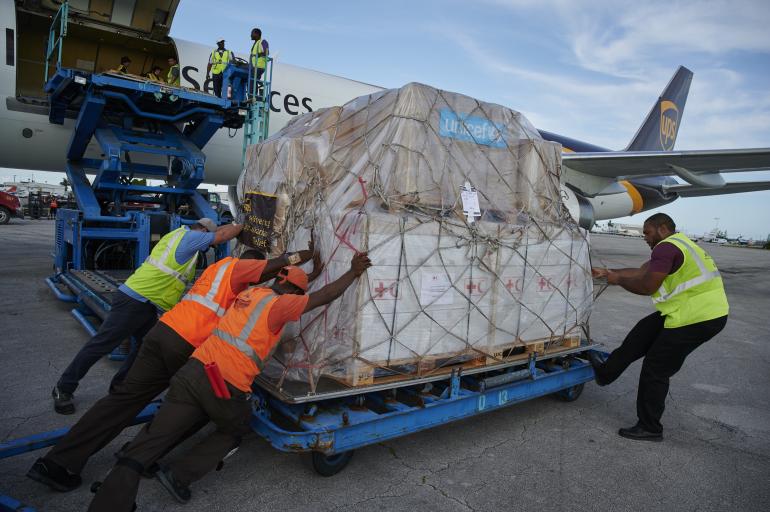 NASSAU/PANAMA/NEW YORK, 7 September 2019 – Today UNICEF announced the arrival to Nassau of a plane carrying nearly 1.5 tons of lifesaving supplies that will help provide access to safe water for over 9,500 children and families left reeling by the storm.

This first supply shipment of UNICEF humanitarian items was freighted by the International Federation of Red Cross and Red Crescent Societies (IFRC) and includes over 400,000 water purification tablets, several 5,000-liters tanks for at least 2,000 people and 1,000 jerry cans. These supplies are planned to be distributed to the affected communities in the coming days.

An estimated 18,000 children in the Abaco and Grand Bahama areas of the Bahamas have been exposed to the impact by Hurricane Dorian, with many in urgent need of humanitarian assistance, UNICEF said today. These estimates are based on initial figures from the Caribbean Disaster Emergency Management Agency (CEDMA).

Last Friday, UNICEF in the Bahamas was able to access Abaco, the area hardest hit by Hurricane Dorian. The team on the ground witnessed widespread devastation and destruction. In and around Marsh Harbour, schools and hospitals are flattened; houses and roads have collapsed; and cars and boats are hanging in trees.

“Children and their families who survived the hurricane have lost their homes, their livelihoods, their relatives, and have been left with little water and food,” said Youssouf Abdel-Jelil, UNICEF Regional Director for Latin America and the Caribbean. “The clock is ticking for them to receive humanitarian assistance. Almost five days after the hurricane struck, safe drinking water is now the most urgent and valuable lifesaving item, especially for mothers and children.”

Aerial reconnaissance and preliminary assessments indicate flooding may have compromised water and sanitation systems in Abaco and areas of Grand Bahama. The lack of safe water and adequate sanitation puts children and families at risk of contracting waterborne diseases.

“The full scale of the destruction on the ground is still being assessed, but initial assessments indicate that in some parts of Abaco, roads, ports and other transport facilities have been partly or totally destroyed,” said Youssouf Abdel-Jelil, UNICEF Regional Director for Latin America and the Caribbean. “Damaged infrastructure makes the delivery of humanitarian aid extremely challenging. The most vulnerable families, especially children, are likely to be the hardest to reach,” he added.

In the aftermath of Hurricane Dorian, a UNICEF team was rapidly deployed to the Bahamas. Today a joint UN rapid assessment mission took place in the most hurricane-hit affected area of Abaco, Marsh Harbour, to assess the access to critical services like health, education and shelter facilities.

UNICEF is working with the Government to kickstart the distribution of lifesaving supplies to families as quickly as possible, in collaboration with UN agencies and other humanitarian partners such as the International Federation of Red Cross and Red Crescent Societies (IFRC).

UNICEF is urgently seeking to raise US$ 4million to scale up its humanitarian response and address the most immediate needs of children and families across the Bahamas, including access to safe drinking water and sanitation, nutrition, psychosocial support and non-formal education activities. 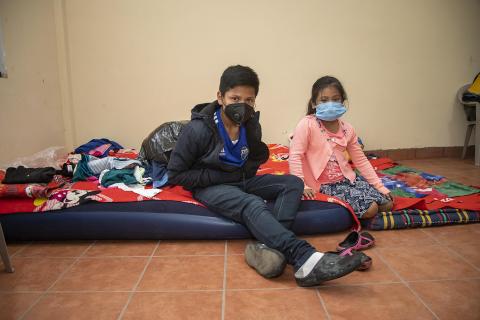 No water, no house, no food

The triple impact of Eta, Iota and COVID-19 on Guatemala most vulnerable’s families 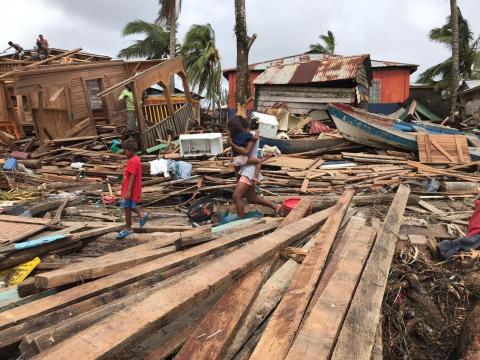 UNICEF appeals for US$42.6 million to deliver humanitarian assistance in hurricane-struck Central America 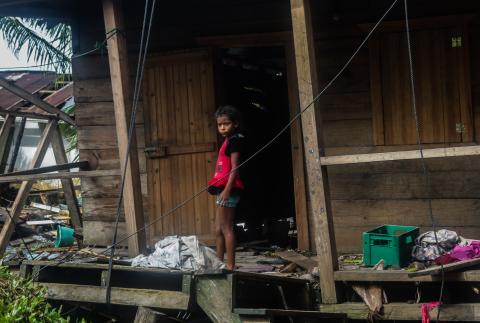 Over 1,2 million children affected by ETA across Central America 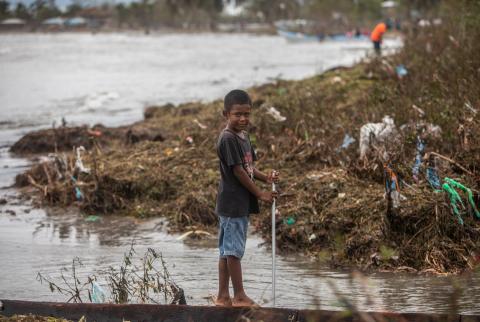 “What I would like the most is to have a home, food & cloth"