Earthquakes are one of the most acute disaster risks in Kyrgyzstan. At the village school of Amanbaevo, in the country’s northern Talas province, 1200 girls and boys are taking part in an emergency exercise to prepare them for the worst.

Earthquakes are one of the most acute disaster risks in Kyrgyzstan. At the village school of Amanbaevo, in the country’s northern Talas province, 1200 girls and boys are taking part in an emergency exercise to prepare them for the worst.

“Last year, we had quite a strong earthquake here,” says Dinara Nuralieva, director at the school named after Ch. Aitmatov. “It taught us a lesson. There was panic, both among children and adults. We did manage to evacuate the school, but it did not happen in an orderly way, as it should.”

Earthquakes are common in Kyrgyzstan. Here, in the Talas region, 13 earthquakes have been registered in the last year. In previous decades, Kyrgyzstan has experienced earthquakes of magnitude 7,3 and higher.

A large-scale assessment supported by UNICEF has found that 85 per cent of education facilities exhibit low structural safety level. Preparedness is key to keeping children safe, should the worst happen.

Since last year’s incident, Nuralieva’s school has set up response committees, to clarify who does what in case of emergencies; who gives the alarm signal, who opens the entrances for evacuation, and so on. Importantly, the committees include not only teachers and other staff, but also pupils.

“We’re actively involving the children in emergency preparedness from an early age,”

When we meet her, it’s at the end of a day when all the girls and boys here have been involved in an emergency exercise, initiated by UNICEF and the local branch of the Ministry of Emergency.

The exercise, simulating an earthquake emergency, put into practice what the pupils have already been prepared for in theory.

Now we all know how to act, and who will save our lives if there is an earthquake. It was very interesting for all of us,

Even the youngest have taken to heart the safety messages, assures Marina Sagazieva, one of the school’s teachers:

“Yesterday when I came home from work, I found my niece – she’s eight years old – lecturing her 74-year-old grandmother about what to do if there’s an earthquake. “You have to get up and stand in the corner of the room, or hide under the table,” she told her,” Marina laughs.

“This only goes to show that children observe more what the teachers tell them than what the parents tell them,” says school director Nuralieva. Her school already teaches the children emergency awareness. But putting the theory into practice made this exercise particularly useful.

UNICEF Kyrgyzstan has been working with DIPECHO for the last six years. The partnership was renewed earlier this year. With DIPECHO funding, UNICEF has supported the Government of the Kyrgyz Republic on disaster risk reduction (DRR) in education, and child-centered disaster risk analysis.

For UNICEF, in partnership with the Ministry of Emergency and the Ministry of Education and Science, work continues on the DIPECHO engagement, with the long-term goal to produce child sensitive DRR plans at the local level, in Kyrgyzstan as well as in five other countries in Central Asia and the South Caucasus.

Over 125,000 babies will be born in Kyrgyzstan under the shadow of the COVID-19 pandemic
Visit the page 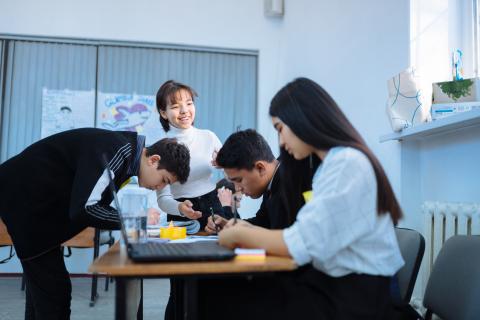 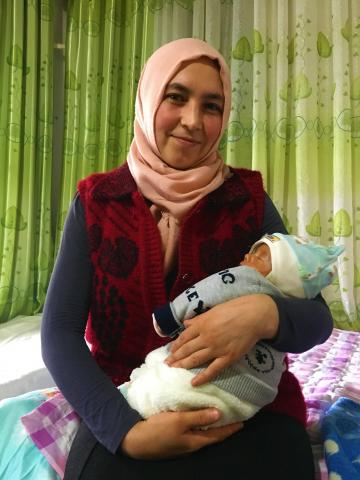