#KidsTakeOverParliament: 15-year-old Kirsina Alieva demands to ratify the UN Convention on the Rights of People with Disabilities 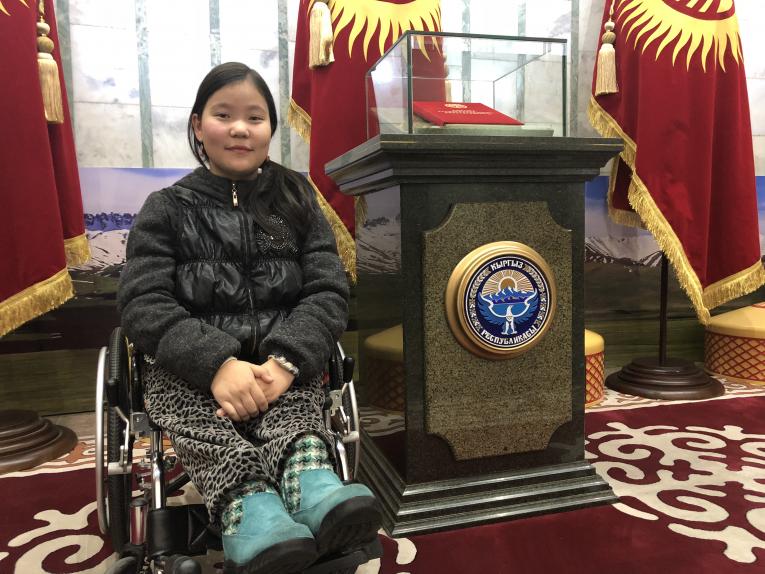 Bishkek, 22 November 2017 –15-year-old Kirsina Alieva ‘took over’ the position of Dastan Bekeshev, Member of the Parliament in Kyrgyzstan in the framework of the World Children’s Day celebration. On behalf of 29,000 children with disabilities living in Kyrgyzstan, she demanded to ratify the UN Convention on the Rights of People with Disabilities.

Children from around the world, including Kirsina, ‘take over’ key roles in media, politics, business, sport and entertainment to raise their voice and help save children’s lives, fight for their rights and fulfil their potential as part of the global #KidsTakeOver campaign initiated by UNICEF.

«Worldwide UNICEF brings together influencers alongside children who represent some of the world’s most vulnerable to speak out on issues that matter to them the most. In Kyrgyzstan, there are 2 million children, including 29,000 children with disabilities. Thus, I’m very happy that Kirsina managed to voice challenges faced by this group of children to advocate for their rights to education, health and social services, and inclusion,» said Yukie Mokuo, UNICEF Representative in Kyrgyzstan.

Addressing the Members of the Parliamnet Kirsina Alieva emphasized: «I’m lucky to go to school. But many children with disabilities do not have this opportunity to learn, play, access public places as other children. One of the steps in addressing this issue is to ratify the UN Convention on the Rights of People with Disabilities. I believe that the voice of children will be heard and the life of every child will change for better!»

Dastan Bekeshev, Member of the Kyrgyz Parliament, supported this initiative to draw the public attention to the importance of protecting the rights of people with disabilities, especially children. Following his initiative, on 27 November 2017, the Parliament will consider the ratification of the UN Convention on the Rights of People with Disabilities.

Kyrgyzstan signed the Convention in 2011, five years after its adoption by the UN General Assembly. However, it is important to ratify the Convention to enable its implementation. 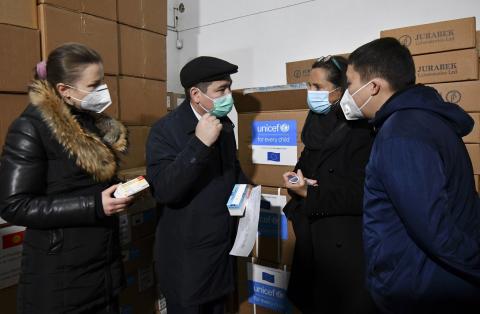 Essential medicines worth $100,000 to treat patients with COVID-19 to be delivered to the Ministry of Health with the support of the European Union and UNICEF 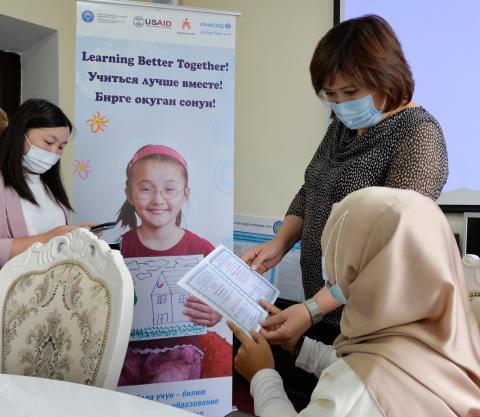 Learning Better Together with Cholponai

Learning Better Together with Cholponai 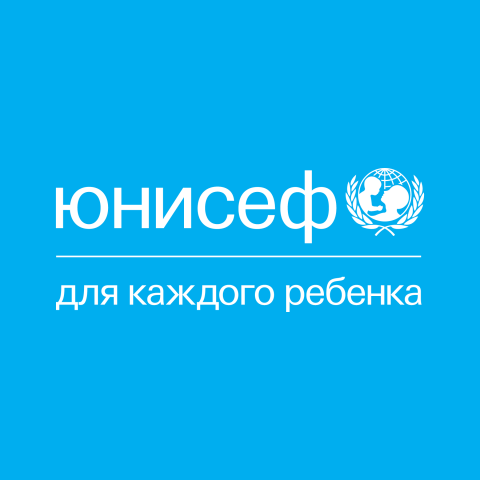 We must get children back to school

We must get children back to school

Almost 75,000 masks and 56,000 protection coveralls arrive to the Kyrgyz Republic