The Caravan of Children´s Games

Over one month, the Caravan has reached 20 locations in the 7 Oblasts, with an overall attendance of around 8,000 children 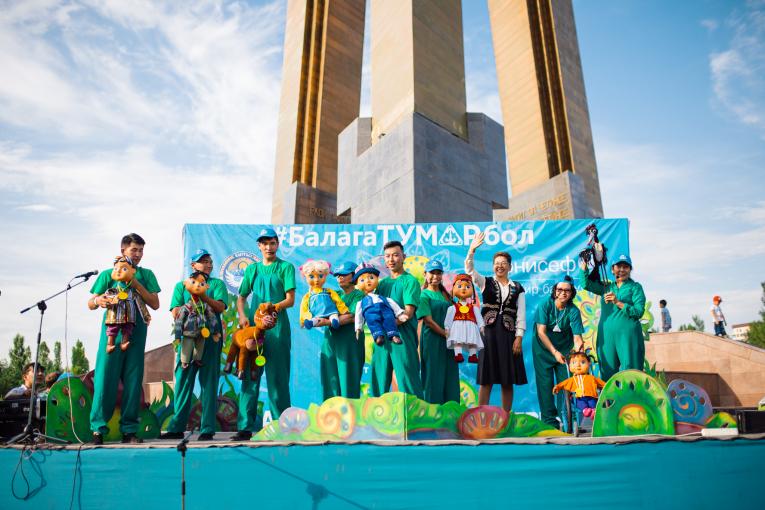 BISHKEK, July 6, 2019 - A caravan of children's games arrived in the capital, Bishkek, for the official closing of games. Having started his journey on June 6, Caravan traveled to all seven regions of the country, having played with more than 8,000 children in Ak-Talaa, Ala-Buka, Sary-Chelek, Alayka, Suzak, Bakai Ata, Bokonbaevo and other villages and cities of Kyrgyzstan.

“The number of children exposed to violence in Kyrgyzstan is growing: 3 out of 4 children are becoming victims of physical or emotional abuse. This year, in the framework of the national campaign “TUMAR” under the auspices of the President of the Kyrgyz Republic, therefore, the main task of the Caravan is to promote the principles of positive parenthood as an alternative to the forced disciplining of children and advocate for the banning of corporal punishment in all settings, ” said Yukie Mokuo, UNICEF Representative in Kyrgyzstan.

During the Caravan, children and their parents will be able to meet and play national traditional games. The specially selected 25 games are a “cheat sheet” for parents to share an exciting and, most importantly, rewarding pastime with children. The program includes such games as “Arkan Tartysh” (“Drag the Rope”), “Shamdagay Alakan” (“Deft Hand”), “Ashkabak Chapmai” (“Get on the Pumpkin”), “Zhaa Atmay” (“Archery” ), games with alchik - they all develop in children the most useful skills of strategic and logical thinking, fine motor skills, physical abilities. In addition, all people attending the Caravan is encouraged to join the TUMAR Campaign by signing the online petition.

The game is a unique, affordable tool for parents to spend time with children. In traditional folk games have everything for the successful development of the child. The accessibility and expressiveness of the national games activates the child’s mental work, contributes to the expansion of ideas about the world, the development of mental processes. Through the game, parents can make contact with the child, which will prevent violent education.

This year, the “Birthday” puppet show prepared by the Kyrgyz State Puppet Theater named after M. Zhangaziyev also became part of the Caravan.

In Kyrgyzstan, 40% of the population are children

In Kyrgyzstan, almost 3 out of 4 children suffer violence 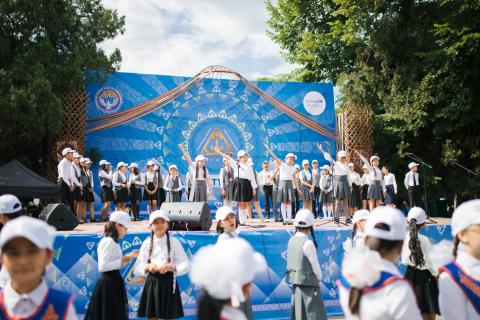 UNICEF, together with the President of Kyrgyzstan, has launched the national campaign to end violence against children called “Tumar” 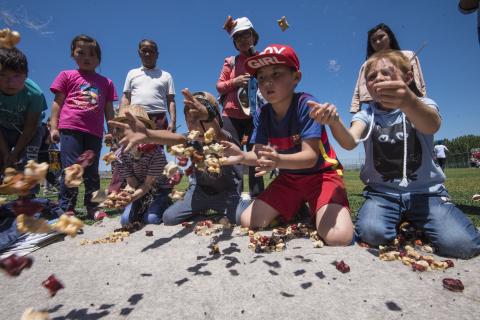 Over 5,000 children and their parents participated in Caravan of Children's Games