According to this new report, in Kyrgyzstan from 1990 to 2016 the number of children 5 and under was reduced by two thirds, while the neonatal mortality rate was cut in half from 24 to 12 deaths per 1,000 live births.

Levels and Trends in Child Mortality 2017, reveals that although the number of children dying before the age of five is at a new low– 5.6 million in 2016, compared with nearly 9.9 million in 2000 – the proportion of under-five deaths in the newborn period has increased from 41 per cent to 46 per cent during the same period.

“The lives of 50 million children under-five have been saved since 2000, a testament to the serious commitment by governments and development partners to tackle preventable child deaths,” said UNICEF Chief of Health, Stefan Swartling Peterson. “But unless we do more to stop babies from dying the day they are born, or days after their birth, this progress will remain incomplete. We have the knowledge and technologies that are required – we just need to take them where they are most needed.”

“In the last decade, child mortality has considerably decreased in Kyrgyzstan. Thanking to the joint efforts of the Ministry of Health of Kyrgyzstan with UNICEF and all the partners in the health sector, healthcare workers improved their knowledge and skills, hospitals were renovated and equipped, access and quality of medical services have improved. These simple solutions save lives. Kyrgyzstan is one of 62 countries worldwide that reached the Millennium Development Goal of reducing child mortality by more than two thirds,” - said Munir Mammadzade, UNICEF Deputy Representative in Kyrgyzstan. “For example, UNICEF and the Ministry of Health improved water and sanitation infrastructure in maternity and children wards of eight hospitals, enhanced skills and knowledge of over 700 medical workers, provision of essential medical equipment and supplies, and increased community awareness on and demand of health care services in Issyk-Kul, Osh, Jalal-Abad, and Batken provinces. Moreover, 46,340 pregnant women and 73,500 mothers in 860 villages of Osh, Batken and Jalal-Abad provinces learned to identify danger signs of pregnancy and diseases,” – he added.

At current trends, 60 million children will die before their fifth birthday between 2017 and 2030, half of them newborns, according to the report released by UNICEF, the World Health Organization, the World Bank and the Population Division of UNDESA which make up the Inter-agency Group for Child Mortality Estimation (IGME)
Most newborn deaths occurred in two regions: Southern Asia (39 per cent) and sub-Saharan Africa (38 per cent). Five countries accounted for half of all new-born deaths: India (24 per cent), Pakistan (10 per cent), Nigeria (9 per cent), the Democratic Republic of the Congo (4 per cent) and Ethiopia (3 per cent).

“To achieve universal health coverage and ensure more newborns survive and thrive, we must serve marginalized families," says Dr Flavia Bustreo, Assistant Director-General for Family, Women’s and Children’s Health at WHO. "To prevent illness, families require financial power, their voices to be heard and access to quality care. Improving quality of services and timely care during and after childbirth must be prioritized.”

The report notes that many lives can be saved if global inequities are reduced. If all countries achieved the average mortality of high-income countries, 87 per cent of under-five deaths could have been averted and almost 5 million lives could have been saved in 2016.

“It is unconscionable that in 2017, pregnancy and child birth are still life-threatening conditions for women, and that 7,000 newborns die daily,” said Tim Evans, Senior Director of Health Nutrition and Population at the World Bank Group. “The best measure of success for Universal Health Coverage is that every mother should not only be able to access health care easily, but that it should be quality, affordable care that will ensure  a healthy and productive life for her children and family. We are committed to scaling up our financing to support country demand in this area, including through innovative mechanisms like the Global Financing Facility (GFF). ”

Pneumonia and diarrhea top the list of infectious diseases which claim the lives of millions of children under-five globally, accounting for 16 per cent and 8 per cent of deaths, respectively. Preterm birth complications and complications during labour or child birth were the causes of 30 per cent of newborn deaths in 2016. In addition to the 5.6 million under-5 deaths, 2.6 million babies are stillborn each year, the majority of which could be prevented.
Ending preventable child deaths can be achieved by improving access to skilled health-professionals during pregnancy and at the time of birth; lifesaving interventions, such as immunization, breastfeeding and inexpensive medicines; and increasing access to water and sanitation, that are currently beyond the reach of the world’s poorest communities.

For the first time, mortality data for older children age 5 to 14 was included in the report, capturing other causes of death such as accidents and injuries. Approximately 1 million children aged 5 to 14 died in 2016.

“This new report highlights the remarkable progress since 2000 in reducing mortality among children under age 5,” said UN Under-Secretary-General for Economic and Social Affairs Mr. LIU Zhenmin. “Despite this progress, large disparities in child survival still exist across regions and countries, especially in sub-Saharan Africa. Yet many deaths at these ages are easily preventable through simple, cost-effective interventions administered before, during and immediately after birth. Reducing inequities and reaching the most vulnerable newborns, children and mothers are essential for achieving the SDG target on ending preventable childhood deaths and for ensuring that no one will be left behind.”

The report also notes that:

UN-IGME is led by UNICEF and includes the World Health Organization, the World Bank Group and the United Nations Population Division of the Department of Economic and Social Affairs. For more information visit: http://www.childmortality.org/

WHO is the directing and coordinating authority for health within the United Nations system. It is responsible for providing leadership on global health matters, shaping the health research agenda, setting norms and standards, articulating evidence-based policy options, providing technical support to countries, and monitoring and assessing health trends and improving global health security. For more information about WHO and its work, visit www.who.int. Follow us on Twitter and Facebook.

The World Bank Group is a vital source of financial and technical assistance to developing countries around the world, with the goals of ending extreme poverty and boosting shared prosperity. Improving health is integral to achieving these goals. The Bank Group provides financing, state-of-the-art analysis, and policy advice to help countries expand access to quality, affordable health care; protect people from falling into poverty or worsening poverty due to illness; and promote investments in all sectors that form the foundation of healthy societies. www.worldbank.org/health @WBG_Health

About the UN Population Division

The Population Division of the United Nations Department of Economic and Social Affairs is a leading source of information and analysis on global population trends, and an important centre of demographic research that supports intergovernmental processes at the UN in the area of population and development. The Division produces demographic estimates and projections for all countries, including data essential for the monitoring of progress toward the achievement of global development goals. For more information about the Population Division and its work, visit www.unpopulation.org 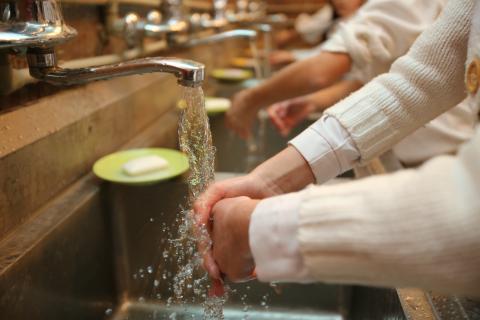 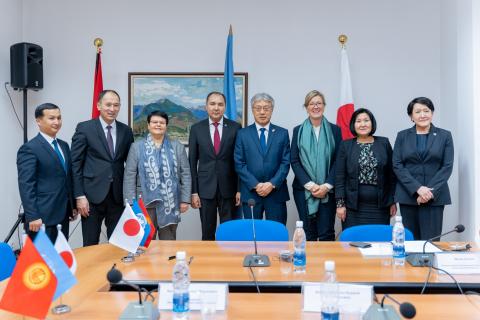 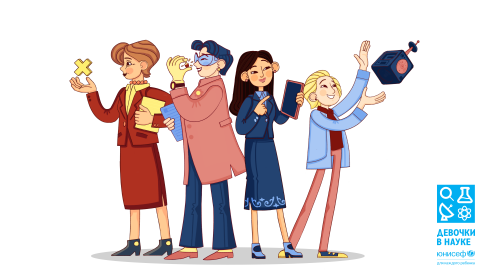 In Kyrgyzstan, only 1 out of 3 girls have computer literacy
Visit the page