Bishkek, 15 October 2019 – Worldwide, an alarmingly high number of children are suffering the consequences of poor diets and a food system that is failing them, UNICEF warned today in a new report on children, food and nutrition. For Kyrgyzstan, the situation has improved over the last years, but there are still concerning signs that need to be addressed.

UNICEF is launching worldwide today the report, The State of the World’s Children 2019: Children, food and nutrition (SOWC). According to the report at least 1 in 3 children under five – or over 200 million – is either undernourished or overweight. Almost 2 in 3 children between six months and two years of age are not fed food that supports their rapidly growing bodies and brains. This puts them at risk of poor brain development, weak learning, low immunity, increased infections and, in many cases, death.

“Despite all the technological, cultural and social advances of the last few decades, we have lost sight of this most basic fact: If children eat poorly, they live poorly,” said Henrietta Fore, UNICEF Executive Director.

In Kyrgyzstan, according to the recent national household survey MICS 2018[1], numbers show a positive trend, but one that needs to be accelerated. 60% of children between 6 and 23-month old receive the minimum diet diversity. However, stunting rate among children under five is still worrisome, with 12% of children suffering from it – with a peak of 17.2% in children between the age group 18 to23 months.

“Kyrgyzstan has shown promising results over the last years in children´s nutrition, but there is still a long path to ensure that every child is fed rightfully from birth, in order to avoid stunting and other phenomena affecting their capacity to fully develop and thrive”, said Christine Jaulmes, UNICEF Representative in Kyrgyzstan.

The SOWC report provides the most comprehensive assessment yet of 21st century child malnutrition in all its forms. It describes a triple burden of malnutrition: Undernutrition, hidden hunger caused by a lack of essential nutrients, and overweight among children under the age of five, noting that around the world:

The report warns about the situation worldwide, in which poor eating and feeding practices start from the earliest days of a child’s life. Though breastfeeding can save lives, for example, only 42 per cent of children under six months of age are exclusively breastfed and an increasing number of children are fed infant formula. In Kyrgyzstan, while a large number of babies are breastfed (81%) within 1 hour of birth, only 46% of children are exclusively breastfed until the age of 6 months and just 22% of children aged 20-23 months continue to receive breast milk.

UNICEF will continue to work with the Government of Kyrgyzstan to address the nutrition challenges faced by children in the country, focusing on: 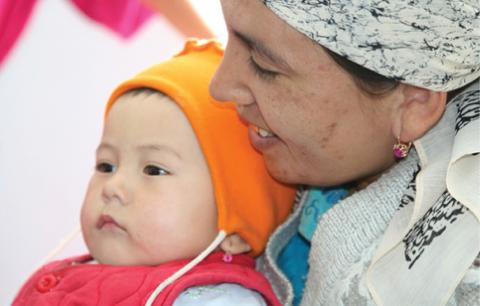 National Survey of the nutritional status 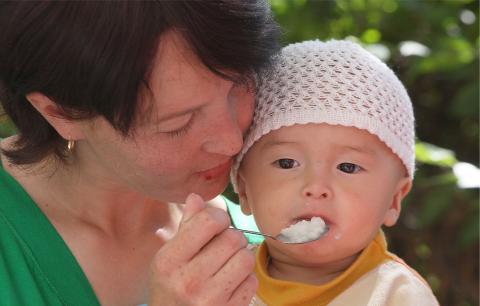 Follow-up Survey of the nutritional status 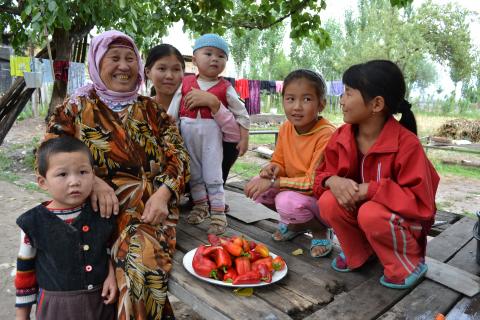 The progress in the improvement of nutrition has been measured with the support from UN WFP and UNICEF. 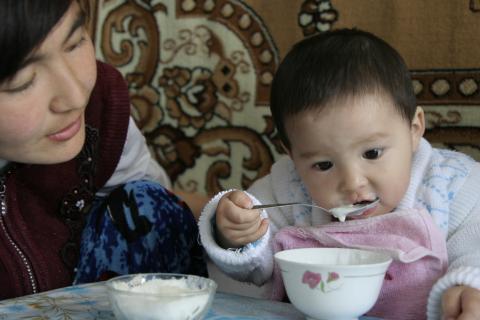