Youth Engagement for a Better World

PRISTINA, May 5, 2017 – Stereotypes, stigma and discrimination have followed Sejnur Veshall for as long as he can remember. The 21-year-old Roma boy from Prizren belongs to one of the most marginalized and excluded communities in Kosovo*. Growing in a more traditional environment, where civic participation and activism were not encouraged, Sejnur rose above and became an exemplary social innovator in his community, addressing the challenges many Roma children and young people face.

Roma, Ashkali and Egyptian communities are historically the most vulnerable and socially excluded group in the context of Kosovo. Due to a generational cycle of exclusion, access to public and social services like healthcare, education, and protection is traditionally limited among these communities, which contributes to a high illiteracy rate, poor childhood development, early marriages, school dropout and unemployment. Most Roma, Ashkali and Egyptian families live in poverty, and in extremely challenging conditions.

“The Roma community in Kosovo definitely faces a lot of discrimination, and even though I learned to be very vocal when this happened and always raised my voice against it, many others don’t,” Sejnur says.

According to Sejnur, it is Roma girls and women in particular who are most marginalized, oftentimes uneducated and trapped into housekeeping. Through countless visits, talks and surveys with the Roma community in the region of Prizren, Sejnur started thinking about creative solutions to address the inactivity of Roma women in the region.

Skill-building and empowerment through UPSHIFT

At UPSHIFT, UNICEF mentors helped Sejnur conceive a series of activities which would allow for Roma women to socialize, feel more connected to their culture, gain interpersonal or professional skills, and above all, feel a sense of belonging. Together with his team of 3 friends, he developed the project “Golden Hands” and drafted a plan to hold workshops for handcrafting traditional decorative plates.

One of the issues Senjur and friends identified, is the beliefs from the rest of the population that Roma girls and women are illiterate and not capable of integrating in the community life. Sejnur wanted to challenge these stereotypes by creating spaces for Roma girls and women to be seen through a different prism as fruitful members of society producing traditional decorative plates.

The team wanted to attract non-Roma communities as well, encouraging intercultural communication, socialization, and a changing of attitudes vis-a-vis the Roma community.

“We wanted to teach Roma women an artisanal craft, build their professional skills, and then help them turn this into a business or organization, where these women would sell their plates and make profit,” Sejnur says. “What Golden hands is trying to achieve is to make Roma women active in their community, and change attitudes towards the Roma people through providing spaces for socialization between people of different backgrounds and communities.”

Less than three months since the inception of the project, Golden Hands has already held 12 workshops training countless women on the art of handcrafting traditional decorative plates. Sejnur says that the women show great interest for the activities, with the number of attendees being up to 20 per training. There is also significant socialization between different communities, making up for a changing of attitudes towards each-other.

Changes in Attitudes, Perceptions, and Behaviors

Through instilling professional skills in these women, Sejnur made them feel like integrated, productive members of society. The workshops attracted significant attention from majority communities, who would attend the trainings, socialize, and get to know the Roma women. This made for a significant intermingling between the communities resulting in acceptance, mutual understanding and oftentimes even friendship, all under the umbrella of the artisanal crafts workshops.

“The involvement and integration of the Roma women in society through creating a decorative plates business is an important aspect of Golden Hands,” said Sejnur. “Through our interventions, we have contributed to changing the attitudes of society at large that Roma people can be productive members of society through meaningful participation.”

Through word of mouth and spill-over effects, Sejnur is attracting even more non-Roma participants so that they too can get acquainted with his community and culture, and change their attitudes towards it.

“Through Golden Hands, I have had the space to improve the communication in my community, tackle stereotypes, address negative attitudes and initiate dialogue. It required me to negotiate, manage a team and mobilize my community, which are all skills that will last a lifetime.

“Young people like me from the Roma community, we must not be fearful, focus on our education and then get involved in civil society. A lot of my peers are frightful of this prospect, but if there’s one thing that I learned during my engagement with the [UNICEF] Innovations Lab, it’s that youth and adolescents are capable of bringing positive social change. So we must always be active,” he says.

At UNICEF, we stand for equity and social inclusion of the most marginalized young people. We invest in underserved young people and provide them with advocacy skills and with platforms to exercise those skills. Other community mobilization initiatives for the inclusion of marginalized communities are being implemented in 15 targeted Municipalities in Kosovo.

*All references to Kosovo are made in the context of UN Security Council Resolution 1244 (1999). 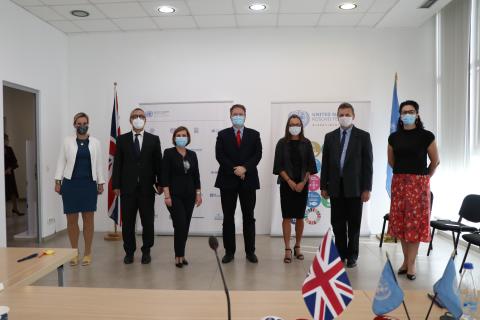 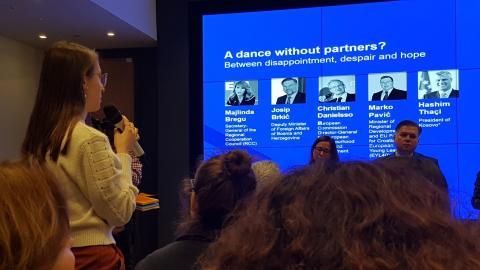 Being the voice of children and youth in Kosovo

The voice of youth in Kosovo echoing at the European Parliament

Shaping the future based on solidarity

Volunteering and the concept of designing solutions to problems through thinking are changing Kosovo. 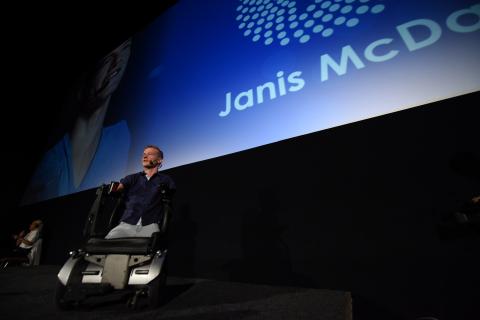 The story of Janis McDavid at Activate Talks

Janis McDavid and his inspirational speech in front of over 400 young people in Kosovo that touched the hearts and minds of everyone who heard it.