Lessons from young people from Kosovo: This is why inclusion means equality!

For the first time in Kosovo a toilet accessible for children with disabilities has been built in a public school thanks to the seven young people of the UPSHIFT program.

When you read Mahatma Gandhi's famous quote, "be the change you want to see in the world", what comes to your mind? Have you ever thought that you were becoming the change you wanted and needed? Regardless of your personal benefits, but always thinking about the community and the young generations? Day by day, it seems as if the young generations, the generations of Greta Thunberg, are thinking of the implementation of this quote much more than a lot before them did.

And this is being proven each day in Kosovo as well.

Rijad Mehmeti is no stranger to all of you who have read stories from Kosovo. The 14-year-old with cerebral paralysis who is moving his wheelchair as a vehicle of change for all his peers and other people living with disabilities in Kosovo. "A better life for all children with disabilities", is the request which he constantly reiterates. A mission that is not only his own, but also that of his close friend Adrijan, one of his constant supporters and followers. The love of these two inseparable friends has brought together many other young people who think like them to respond to the inevitable need to improve the lives of children with disabilities in Kosovo. Among the greatest needs - their inclusion in education, health services, rehabilitation and access to public spaces.

Poverty in Kosovo is one of the main causes of social problems and family welfare. According to a recent report published by UNICEF entitled "Analysis of the Situation of Mothers and Children in Kosovo", it is clearly shown that persons living with disabilities are among the most affected by poverty, along with women, children and ethnic communities and rural families living in Kosovo. Regarding children living with disabilities in Kosovo, one of the main problems that has affected their non-inclusion is the lack of access to education due to the lack of conditions for their transportation, lack of access to public schools, lack of supporting teachers during lessons, etc. These are issues that UNICEF in Kosovo, together with HANDIKOS and other partners, have consistently advocated for in order to address and improve them.

Rijad Mehmeti and his friends, however, have taken a step in this regard by providing a solution to this issue. As part of the "Hëna" advocacy group - which was established at Handikos with he support of Save the Children - Rijad Mehmeti, Adrijan Ibrahimi, Eldin Gashi, Alban Bejtullahu, Altina and Bleona Gashi have come together, also from different schools and different places, to carry out this project for their peers. As part of the UPSHIFT program - a program that supports projects designed by youth that was initiated first in Kosovo and is being implemented in 18 countries already - they have applied with a project proposal through which they aimed to render accessible the toilet of the elementary school "Ismail Qemaili" in Prishtina. Although, none of them are part of this school. "The idea was to meet the rights of children with disabilities because we know that there is a significant lack of access to toilets in schools and other institutions, and we decided on "Ismail Qemail" since we know that about 40 children living with disabilities attend classes there”, says Rijad Mehmeti, who has no access to the toilet of the school he goes to. "I don't have access here but we thought they needed it more than us since there were more students."

“Ismail Qemaili” primary school in Prishtina has 37 children living with disabilities and it is considered one of the schools with the largest number of children living with disabilities integrated in regular classrooms in Kosovo. Additionally, it is the public primary school with the largest number of students, a total of 2764 students.

Kimete Dida has been exercising the duty of the school principal in this institution for 15 months now, while she has been a part of the school faculty for 39 years. With her experience of over forty years in education, she says that they have a lot of difficulties in working with children living with disabilities in education, especially due to the lack of supporting teachers. “We have classrooms with 42 students and to facilitate the work of teachers we have put 35 students in some classes and one of them is a student with disabilities, because – with the number of students we have – it is impossible to respond to everyone’s needs,” she says, accompanying us to the toilet that was just launched with access for children living with disabilities. “We are the first public school in Kosovo with accessible toilets thanks to those children,” she states. “It is fascinating how much solidarity there is between children towards their friends who have difficulties of different kinds,” she further says, attributing credits to the youth for enabling access in the school she runs.

This was the goal of the group “Hëna”. “We believe there should be access for children with disabilities in every school but the state is not able to ensure this and, through the project, we wanted to contribute a little bit to our society and for children with disabilities,” says Adrijan, from the “Anton Zako Cajupi” primary school in Bardhosh village.

Moreover, Eldin Gashi, 14 years old, from “Zenel Hajdini” primary school in “Kodra e Trimave”, Prishtina, thinks that providing this access has also facilitated the daily work of parents of children with disabilities. “The parents of children who go to school have to stay with them the whole time and they need to go to the toilet their parents have to help them because they cannot go to the toilet on their own. Or the supporting teacher had to send them home for their toilet needs,” he says, convinced that more needs to be done for children living with disabilities because they are discriminated. “That is because they do not have a lot of access in Kosovo and more should be done for them not to feel discriminated,” Eldin says.

The renovation of the toilet at “Ismail Qemaili” primary school in Prishtina was implemented within the “UPSHIFT” Program, supported by UNICEF, in partnership with PEN, and was implemented by the young people of the advocating group “HËNA”- which operates within HANDIKOS. It took two weeks for the young people of this group to bring their idea to life. According to HANDIKOS organization, despite the positive steps, physical barriers continue to stand in front of people with disabilities.

“Our goal is to make adequate access to public premises and infrastructure a priority of our country’s local and national policies, as a necessary precondition to complete participation in the society for everyone, which fits to the different needs and which enables free movement without obstacles to the entire population,” this organization says. According to HANDIKOS, it is not only a national obligation but also a social one for this problem and challenge to be tackled by increasing awareness about the importance of a free environment without obstacles, working as fast as possible in improving the usability of public premises, roads and public transport, which will be facilitative for everyone.

Thus, the Kosovo youth are showing that such a thing can be achieved if everyone implements Gandhi’s saying and “the change we want to see should start with ourselves”, namely with our work for the overall good; a lesson from the youth that should not be forgotten. 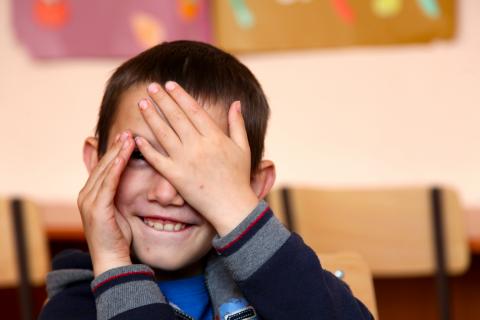 Situation Analysis of Children with Disabilities in Kosovo 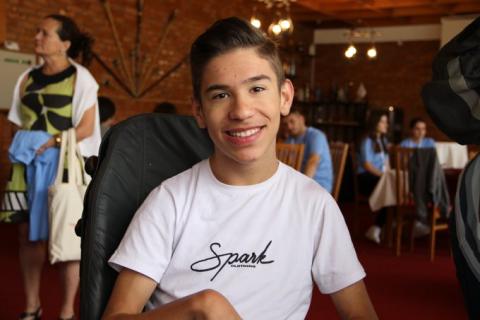 Estimated 38,000 children with disabilities in Kosovo are not attending school 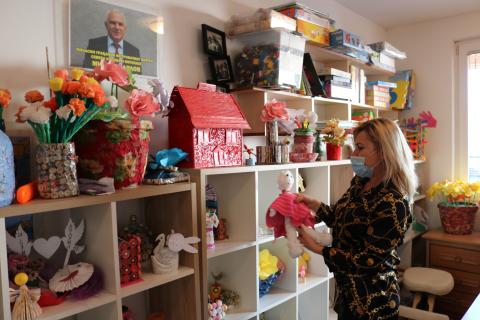 "Podrzi me" - An inclusive creative corner for children with

Every child has the right to quality education and learning 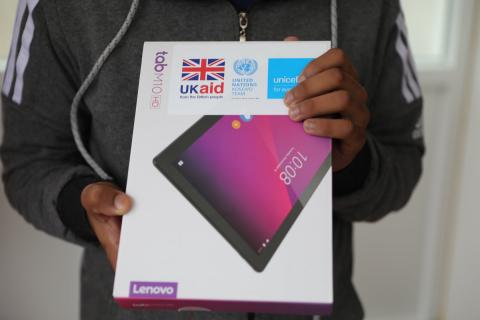 Assistive technology for children with disabilities