“When I was a kid I had a dream – to become a policeman, a guardian of justice”. This dream survived for eight years until the day his parents brought a big mirror to his house in Ruhrpott, Germany. “What I saw in the mirror was nothing like what I had imagined myself to be,” says Janis McDavid. This was the moment when his parents told him that he was born without legs and hands.

“I felt ashamed of my body, I was hiding behind the wheelchair,” he continues telling his story to 400 young people in Prishtina during Activate Talks organized by UNICEF Kosovo on September 24.

Eventually, he accepted his body and managed to overcome depression.

“I told myself, you are who you are. And this is how I broke the barrier, I accepted myself and moved on to become who I am today.” – Janis McDavid

Janis never became a policeman, but he devoted his life to justice in a different way. Now he is a motivational speaker who advocates for people living with disabilities.

In 2018 he won the international award for the best public speaker in the International Competition “Public Speaking Slam”. His motto is that everyone should “live life in his best possible way”. This was the message that Janis McDavid shared with young people in Kosovo, encouraging them to work on making their dreams come true regardless of obstacles and circumstances they live in.

The same idea was expressed by the Head of UNICEF Kosovo, Mr. Murat Sahin, who said: “Be yourself, dream, and we will listen to your dreams and will support you to become Janis, to become Rita or like any of your other idols.”

The theme of the event was “Going Beyond the Bounds”. Eight speakers presented the community projects that they implemented with the support of UNICEF and Ipko Foundation as well as with the financial support from the Austrian Development Agency and ING.

“I was isolated. I was worried why I could no longer play football, why I could no longer walk and not go to school, and these concerns continued until I heard about UPSHIFT. There, UNICEF opened the doors for me and I started living again after the accident. "- Meriton Binakaj from Gjakova.

Among these speakers were young people with disabilities, such as Meriton Binakaj. He became paralyzed after an accident and dropped out of school.

"What I want to share with you today is the fact that it doesn't matter whether we are born capable or not, we all may suffer an accident and remain paralyzed as I did. But what we need to do is to look forward, not isolate ourselves at home but seize every opportunity we have to move forward. I found out this opportunity through UNICEF at UPSHIFT for the first time after my accident and the isolation I had for a while,” said Meriton.

Another special guest at Activation Talks was alpinist Uta Ibrahimi, who shared her story of  becoming the first Albanian woman to climb the Himalayas. "When I'm climbing high up there, only the sky is my limit," she said during her inspirational speech in front of the youth, adding that she herself was inspired by young people who shared their stories like Janice and Meriton. “I came to inspire but I am leaving more inspired myself. You, the youth, are my inspiration and the motive to continue to conquer all the mountains of the world. Thank you.”

Activate Talks is one of the major events that UNICEF Kosovo organizes to unite innovative young people who find solutions to the problems of society in Kosovo. 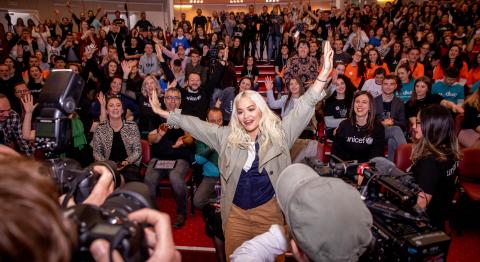 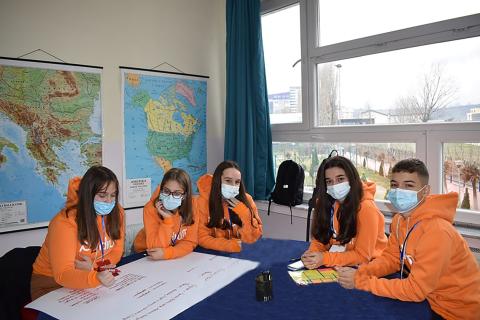 The “Goal Diggers” step up for gender equality 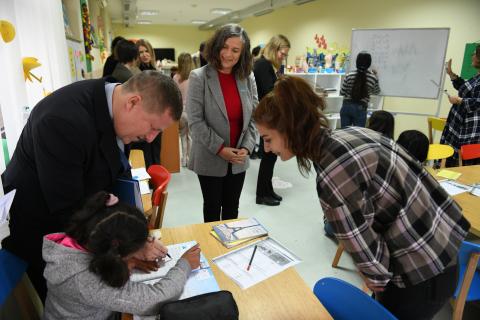 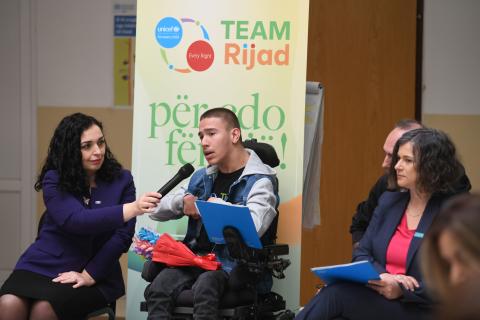 United around the cause of a boy with disabilities