When the health workers harm: Say NO to medicalization of female genital mutilation

Scenic homesteads dot the hilly landscape where farm-fresh food is reaped in abundance. Maize, fresh vegetables and beans are grown by local people alongside commercial tea plantations and bananas farms.

Kisii County is part of Kenya’s national bread basket. However, in this community, a cultural ritual takes place in these same homesteads under the cloak of darkness.

Female genital mutilation (FGM) is deeply entrenched in local culture. Despite being illegal, across Kenya, about one in five women has undergone the harmful social norm.

One of those victims, Rosa, recalls the morning she was mutilated. It was August, when she wasn’t in school. A man dressed in a while lab coat arrived and was served breakfast.

“My elder sister, Esther, was 13 years old and I was barely 10 years old. My mother told us we were to become women,” Rosa remembers.

With her father was absent from the home and her brother instructed to stay away, the “doctor” came Rosa’s room where she was held down while the doctor cut her.

“It was very painful. I screamed but nobody could hear me or came to my rescue. I bled heavily all night,” Rosa remembers.

After the doctor returned to treat the hemorrhaging, Rosa remembers feeling fatigued and emotionally drained. It was a day she will never forget.

As we mark the Day of the African Child, observed on 16 June, many Kenyans are rallying around the call to end FGM for girls like Rosa.

Under the theme “Eliminating Harmful Practices Affecting Children” activists and stakeholders are urging both state and non-state actors to allocate more resources to campaigns to eradicate FGM.

FGM is internationally recognized as a violation of human rights. Yet over 200 million girls worldwide are at risk of undergoing this harmful practice every year, many of them under the age of 15. FGM is an extreme form of discrimination against women, reflecting deep-rooted gender inequality

UNICEF Kenya is working both at the national and county levels by supporting surveillance teams in 11 “high-burden” counties. Within these areas stakeholders have recorded some of the emerging trends including the so-called medicalization of FGM with doctors and nurses carrying out the practice contrary to their codes of ethics.

Another trend is known as cross-border FGM, which involves taking girls into neighboring countries, where FGM is tolerated, to carry out the practice. Cutting married women as well as cutting young girls and even infants is also becoming more common.

This includes community engagement through dialogue and community-based radio stations, promoting alternative rites of passage and addressing medicalization of FGM. Other strategies include the men and boys’ engagements to eliminate FGM, working on cross border aspects of FGM and a girl’s empowerment and mentorship programme.

UNICEF Kenya child protection specialist Yoko Kobayashi says medical professionals are used by some to perform FGM as they can supposedly reduce pain, bleeding and infection.

However, the authorities are slowly catching up with the health workers involved. For example, the Kenya Medical Association and Nurses Associations have zero tolerance for the practice and can sanction health workers caught doing it. And medical institutions and universities are now training students on the negative impacts of FGM.

“Volunteers who work in the community on health and child welfare issues have come up with intelligent ways of detecting the practice and reporting incidents to the authorities,” says Kobayashi. “The volunteers report to law enforcers who in turn take action and apprehend the perpetrators.”

Kobayashi adds that there is a direct link between FGM and other issues including teenage pregnancy and child marriage.

In 2019, President Kenyatta made a pledge to eliminate FGM in Kenya by 2022. The ambitious timeline has seen systems strengthened systems and commitments made to ensure efforts aimed at ending FGM get results.

For its part, UNICEF is working with UNFPA to provide financial and technical support to the Ministry of Public Service and Gender to help implement the Presidential Costed Action Plan to End FGM in Kenya.

The joint efforts provide girls and women with access to suitable care, while mobilizing communities to transform the social norms that uphold the practice.

Kobayashi says she is FGM can be eliminated by strengthening community surveillance mechanisms. At the same time, community leaders and law enforcement officials need to collaborate to stamp out trends such as cross-border cutting.

“By telling their stories, women like Rosa are playing an important role in ending the cultural norms that have been harming girls for too long. We all need to support victims like her and help reinforce their message about the need to end the cut.”

In the meantime, Rosa says she  will do everything she can to protect her own daughter from FGM. She has even spoken to her own mother about what happened to her.

“When my daughter was born, my mother came to me to ask my forgiveness. She could see how physically painful and psychologically distressing it had been for me. I held her hand and told her I forgave her.” 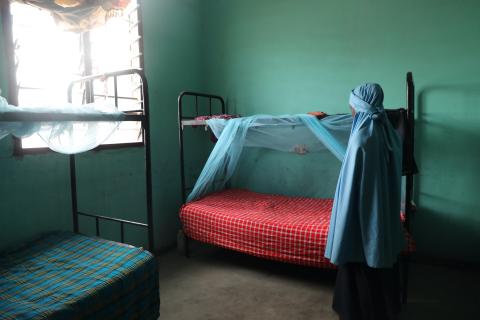 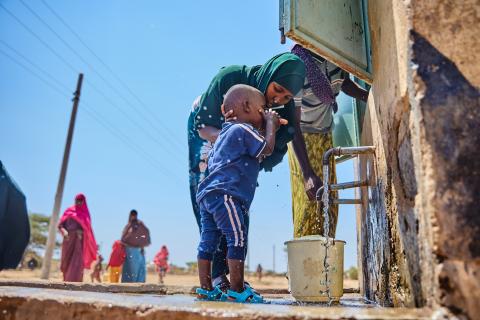 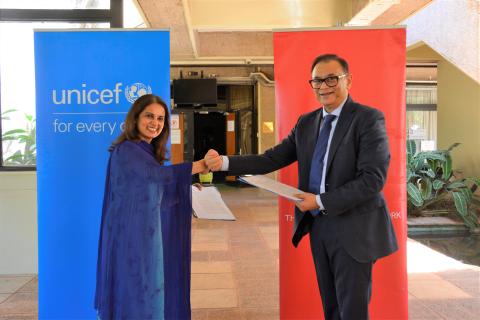 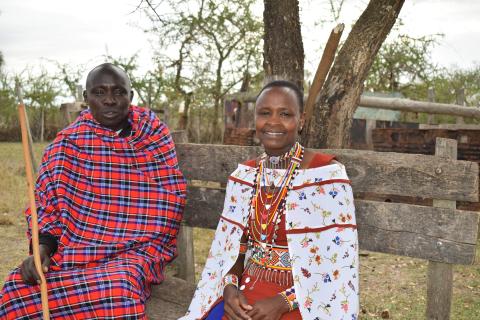