The 2019 Violence Against Children Survey (VACS)

The Government of Kenya through the Ministry of Labour and Social Protection is launching the 2019 Violence Against Children (VAC) Survey Report and the 2019 – 2023 National Prevention and Response Plan on Violence against Children 2019-2023 on 16 July.

The 2019 VAC Survey report shows the important progress made since the first 2010 VAC Survey, including reduction in childhood physical violence for both female and male and reduction in childhood sexual violence for female. Emotional violence perpetrated by parents, caregivers and adult relatives also decreased. The report however highlights concerning trends which showed increase in certain forms of physical and sexual violence among adolescent girls aged 13-17 in the past one year.

Despite the progress, the 2019 VAC survey also showed that the prevalence of childhood violence remains high, affecting nearly half of females and more than half of males. Physical violence is the most common form of childhood violence, affecting nearly two out of five females and half of males, most commonly perpetrated by parents and caregivers. The survey also found that nearly half of females and males witnessed physical violence in the home in their childhood. The prevalence of violent discipline including corporal punishment and psychological aggression against children was also found to be high affecting almost half of females and 4 out of 10 males. Nearly one in six females experienced childhood sexual violence and a lower percentage of males experienced childhood sexual violence. Violence was found to significantly affect mental health of children.

The National Prevention and Response Plan on Violence against Children 2019 – 2023 consists of 6 strategic areas – (i) Laws and Policies, (ii) Family support – parenting skills and economic strengthening, (iii) Education and life skills, (iv) Community norms and values, (v) Response and support services, and (vi) Coordination. The Plan takes a whole-of-society approach as preventing and effectively responding to violence requires the involvement of all sectors, children themselves, youth, parents, caregivers, families, and communities. 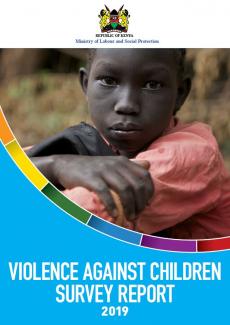