National immunization coverage rates have dropped from 84.6 to 68 per cent as a result of the ongoing nurses strike; women delivering in institutions has fallen by 33 per cent with consequent deaths. 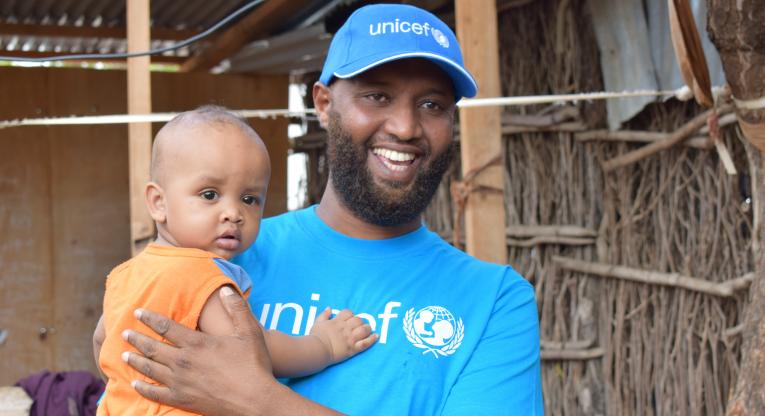 UNICEF Kenya/2017/Oloo
A child being screened for malnutrition at a Kenya Red Cross and UNICEF outreach site in Northern Turkana, Kenya.

NAIROBI, Kenya, 19 October 2017 –  UNICEF and the Kenya Red Cross Society have come together to undertake a joint action to design and implement a package of interventions that will alleviate the suffering of vulnerable communities that are not able to access essential healthcare as a result of the ongoing nurses’ strike.

Inadequate health service provision in public health facilities has contributed greatly to the deteriorating health situation of children in the country, exposing them to preventable diseases and even death. Current Ministry of Health data shows numbers of unvaccinated children have risen to 265,523 between January and July 2017, compared to 157,584 in the same period last year.

The continued accumulation of children who have not received any lifesaving vaccines has created a great risk of outbreak of vaccine preventable diseases, such as the highly infectious and deadly measles, tetanus and polio, while also exposing other children.

Skilled care during pregnancy has declined by 44 per cent while deliveries in health facilities has reduced from 85,000 to 57,000. More women, especially those from poor households, are delivering at home with some of them seeking emergency care very late, and resulting in deaths of mothers and the newborns.

Isiolo and Tana River are among the most affected counties with up to 80 per cent decline in institutional deliveries. Over 50 per cent of health facilities in arid and semi-arid counties are closed due to the nurses’ industrial action.

Lack of access to timely treatment has already contributed to malaria outbreak in Turkana, Baringo and Marsabit counties. Although the national and county governments are working hard to address the issues contributing to the nurses’ strike, the prevailing situation continues to pose substantial risks to the well-being of children in Kenya.

UNICEF, in partnership with the Kenya Red Cross and the Ministry of Health, is undertaking a 2-month emergency response initiative that seeks to provide primary healthcare services to all children under 5 years of age as well as pregnant and lactating women in arid and semi-arid counties.

The programme will be rolled out in Turkana, Mandera, Marsabit, Garissa, Samburu, Isiolo, Wajir, Tana River, West Pokot, Baringo and Lamu. These are counties where communities are already weakened by the drought with children suffering from extremely high rates of severe malnutrition and no access to safe water.

The Representative of UNICEF in Kenya, Werner Schultink, says, “In order to avoid a reversal of the hard-earned gains achieved for children in recent years, it is essential that we work together with the Ministry of Health and partners such as the Kenya Red Cross to provide critical health services to the most vulnerable populations.”

UNICEF is currently supporting mobile outreach sites that offer integrated nutrition and health services to communities in drought-stricken areas. The sites, which offer on-the-spot treatment for acute malnutrition as well as other health services including immunization, have been affected by the absence of nurses who are critical in ensuring effective service delivery. Consequently in recent weeks, there has been a significant decline in the treatment of children requiring advanced care for severe malnutrition, because referral and stabilization centres have remain closed.

The partnership will strengthen integrated health services through mapping and supporting outreach services and functional health facilities to ensure the most in need children and pregnant women are reached with an essential package of care. Coupled by improving service delivery at static health centres and training for community health volunteers who will be deployed to households for hygiene promotion, disease prevention and referrals where necessary, an increased demand in integrated health and nutrition services by the vulnerable population is expected.

“Through the support that we are providing together with the Kenya Red Cross and county health authorities, we hope to assist severely sick children and pregnant and breastfeeding women by improving the capacity of key health facilities and existing outreach sites,” says Mr. Schultink.

UNICEF and the Kenya Red Cross have committed to support the operationalization of selected critical facilities and those that cater to high volumes of clients in order to ensure the continuation of inpatient services for the next 2 months. 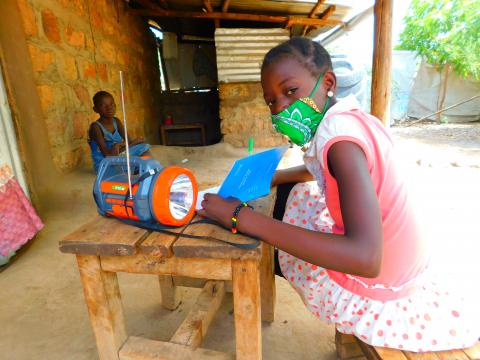 Fighting for a more inclusive and equal world. 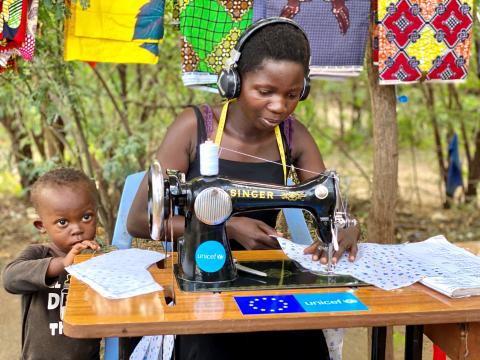 EU donates $800,000 to support education and protection of refugee children in Kenya