Thursday, 16 July 2020, Nairobi - Around one in two young adults in Kenya experienced violence as a child – according to a new national study implemented by the Government of Kenya’s Ministry of Labour and Social Protection. The study was led by the Centers for Disease Control and Prevention (CDC) in partnership with Together for Girls and with additional support from President’s Emergency Plan for AIDS Relief (PEPFAR) and UNICEF.

“The Government of Kenya welcomes these survey results which provides evidence of the progress made to date,” CS Ministry of Labour and Social Protection, Hon Simon Chelugui said during the launch at the Ministry Headquarters at NSSF building, Nairobi. The Labour CS said that the government is committed to working across Kenya – with the counties, civil society, private sector, faith groups, communities and others – to make sure the new Plan to end violence against children sees a positive change in the lives of children.

“This corresponds to Kenya’s pledge to achieve the United Nations’ Sustainable Development Goal 16.2 to ‘end abuse, exploitation trafficking and all forms of violence against and torture of children. We count on the continued support of the UN and development partners in this mission.” He added.

In his remarks, US Ambassador to Kenya Kyle McCarter said that findings from national surveys like VACS are needed to understand the issues that the children and youth of Kenya experience silently. “While we celebrate the strides made in Kenya to mitigate violence against children and youth, we recognize that these challenges are on the rise in this season of COVID-19. With the National Prevention and Response Plan in place, we must act swiftly and responsibly. USA Marifiki stands with Kenya to protect the innocence of its children and youth,” he said.

“Violence in childhood is all too common in Kenya, with about 50 percent of children experiencing it in some form,” CDC Kenya country director Marc Bulterys said. “Indeed, any act of violence experienced by a child is one too many. The government of Kenya, in collaboration with all partners such as CDC, PEPFAR, and UNICEF, can work together to tackle these issues that contribute to the high rates of violence against children.”

To compile the nationally representative study, researchers spoke to more than 2,000 children and young adults from all 47 counties in Kenya between December 2018 and January 2019. Key findings include:

“A child’s first experience of violence is often at home, in their school or in their community, where they have the right to feel safe and be protected,” said Maniza Zaman, UNICEF Representative to Kenya. “It affects children from all backgrounds and can leave them with permanent disabilities, injuries, health issues and emotional scars.”

The study marks the second national survey documenting violence against children in Kenya. The first was carried out by the Government in 2010 – making Kenya one of only two countries worldwide that have conducted repeat national studies to document and address violence, as well as measure progress. The other country is Zimbabwe.

However, some forms of violence reported by 13 to 17-year-old girls have increased, including unwanted attempted sex (up from 3.3 to 8.5 percent) and physical violence (up from 17.8 to 36.8 percent).

In response to the 2010 survey, the Government introduced a number of policies and programmes to tackle violence against children, such as improving a toll-free helpline to report violence and incorporating plans to end violence in national guidelines, including Kenya’s Vision 2030. In response to the 2019 survey findings, the Government is launching a new five-year National Prevention and Response Plan on Violence against Children.

The strategy includes a major public information campaign ‘Spot It, Stop It’ which aims to raise public awareness of violence against children and how to prevent and report it. The goal is to create a movement at community level, especially in high-risk counties, to protect children from violence, empowering children, their families and neighbours to take action.

As part of the campaign, children and adults are encouraged to speak up about violence, seek support from a trusted adult, children protection officer or the Child Helpline on 116 (toll free), and report cases to the police.

A media pack, including the full survey, photos and video can be downloaded here: https://bit.ly/3j9RY5m 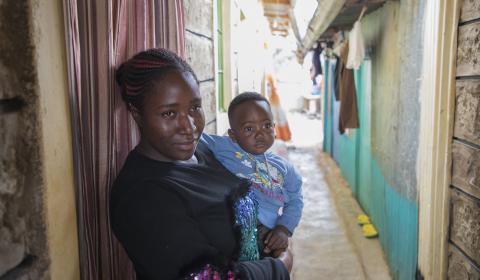 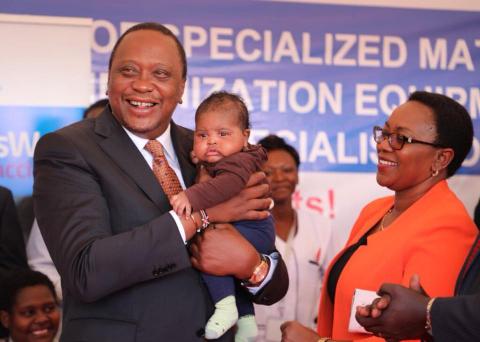 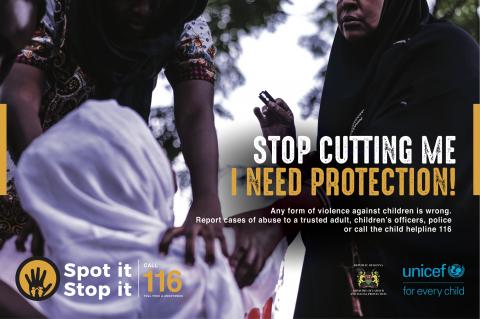 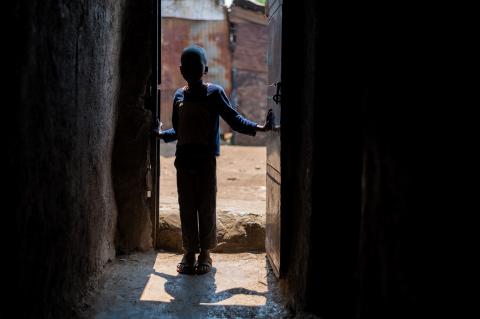