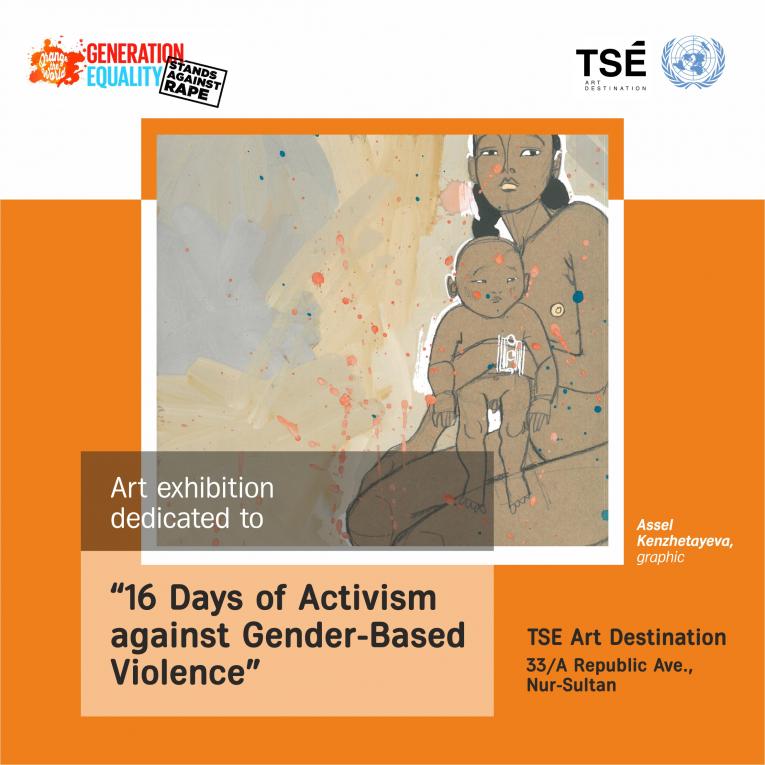 Nur-Sultan, November 29, 2019  – The art exhibition dedicated to the 16 Days of Activism against Gender-Based Violence campaign opened today in the capital supported by the TSE Art Destination Gallery and UN Agencies in Kazakhstan.

Violence impedes women's full participation in society and has long-term consequences and costs for women's families, communities and countries. As a serious violation of human rights, violence against women and girls remains widespread in Europe and Central Asia. In Kazakhstan, every third crime is committed against women.

Work on preventing and ending violence against women at the global, regional and national levels shows that there is widespread impunity on sexual violence and rape. This is why the UN Secretary-General António Guterres has decided that starting 25th November 2019 and for the next two years the campaign will focus on a rape as a specific form of harm committed against women and girls, in times of peace or war.

Rape as a very specific physical form of violence against women and girls is rooted in a complex set of patriarchal beliefs, power and control that continue to create a social environment in which sexual violence is pervasive and normalized. Such “culture” is perpetuated with the use of misogynistic language, objectification of bodies, and glamorization of violence.

It is very difficult to confirm the exact figures for the number of rapes and sexual assaults, as often victims are afraid to talk about it.  At the same time, approximately 15 million girls in the world (aged 15-19 years) at some point in their lives were forced to have sex or other sexual activities. In Kazakhstan, 1,450 rapes and cases of sexual acts were registered in 2018, of which 1,132 were against women and 231 against children.

“Having more women in police forces and training them adequately is a crucial first step in ensuring that survivors begin to trust again and feel that their complaint is being taken seriously at every stage of what can be a complex process. Progress also requires that we successfully tackle the many institutional and structural barriers, patriarchal systems and negative stereotyping around gender that exist in security, police and judicial institutions, as they do in other institutions”, - says the UN Women Executive Director Phumzile Mlambo-Ngcuka’s Statement for the International Day for the Elimination of Violence against Women.

The 16 Days of Activism against Gender-Based Violence is an annual international campaign that kicks off on 25 November, the International Day for the Elimination of Violence against Women, and runs until 10 December, Human Rights Day. It was started by activists at the inaugural Women’s Global Leadership Institute in 1991 and continues to be coordinated each year by the Center for Women’s Global Leadership. It is used as an organizing strategy by individuals and organizations around the world to call for the prevention and elimination of violence against women and girls. 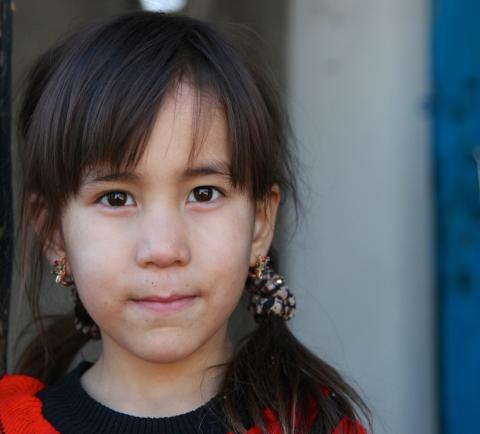 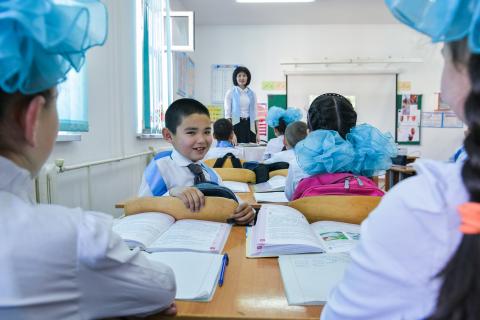 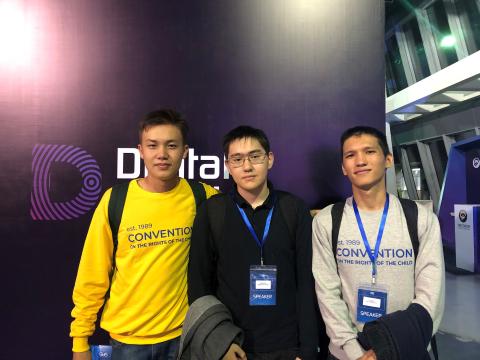 Generation Unlimited: Innovation for Future
Click in to know more about how the three Almaty youths build their start-up projects and devoted to changing the lives of million children in Kazakhstan
See the story