“Ever since I’ve left primary school I’ve been trying to work on my anger. I’m still working on it.”

Adriel is a student of Papine High School in St Andrew, which is surrounded by several community experiencing high rates of violent crime. Recently a 15-year-old student on his way to the school was murdered for his cell phone. However, a just concluded intervention at Papine High focusing on addressing the roots of gender-based violence has given Adriel something to feeling positive about.

“It has given us a different perspective of how we view things because usually we just focus on our own problems and don’t look upon another person’s perspective. Women and girls feel that they must resort to verbal abuse because they are not physically strong to hurt a man to that extent and I think they train their verbal abuse and men train physically. That’s why males resort to their fists instead of talking because they don’t really have it to shame a girl that way,” Adriel explains as he shares how he benefited from the RISE against Gender-based Violence School Based Intervention.

The intervention has used a range of creative approaches from online sessions to music, fostering dialogue and ultimately widening perspectives and shifting attitudes among students, teachers and parents in the eight primary- and secondary- level schools which have been targeted.

Implemented by the non-government organization RISE Life Management Services and supported by UNICEF under the global European Union-United Nations Spotlight Initiative to address gender-based family violence, the one-year programme which ended in January has delivered positive results despite being restricted to online delivery due to COVID-19.

Among 1,772 participating students from the eight schools, 63 per cent demonstrated increased knowledge about GBV and 88 per cent displayed changes in attitudes promoting positive masculinity. The changes didn’t stop with the students. 88 per cent of the 1,257 participating parents displayed an increase in knowledge and changes in attitudes. Perhaps most encouraging for the long-term is that 70 per cent of the 183 participating teachers said they are now ready to implement GBV lessons – and sustain the change.

“When I left the session, being the grade 8 supervisor, I came back to school with a plan for my boys,” says teacher Keisha Edmondson who sees GBV as a growing problem in schools. “You felt real good inside to know that you can help create a change because what they are used to is ‘man a man’ and you must show a female that you can discipline her.”

“I believe children live what they learn and I believe everything goes back to the homes, the single parent, the no-dad issue, the single mom who cannot make ends meet and the mom becomes frustrated and takes it out on the child and then the child in turn becomes a product of his environment…..but if we start a place where each one help one then we will see the change eventually.”

For RISE Life social worker Kenneth Barnes who implemented the programme at eight schools including Papine, the intervention has crucially allowed both males and females to share and learn more about how their lives are shaped by gender realities at home, in school and the wider community.

Speaking of Adriel, Kenneth says “I think he’s showing signs of growth because the way he is expressing and sharing his experiences, many persons would shy away. It shows that he is open for change. The soil is fertile for restoration and positive development.”

Referencing the positive impact on teacher and parents, Barnes goes on to explain, “This programme is special because it brings across new information and provides a certain reinforcement. Teachers have more tools and understand the problems with using coercive methodology.”

For parents, “Certain old methods they have had to throw out the window, because they carry negative reinforcement – like with beating and using curse words to the child like ‘dem ugly like dem puppa; or wutless like dem father’.”

Papine High mom Sophia Bentley believes that her participation and all she has learned has given her has opened new conversations with her daughter who is an eighth grader.

“We have started to have open discussions about things like about sexual abuse and you know, sometimes GBV. I talk to my daughter about adults approaching her and how she should react. These sessions made me want to understand more, and even when they throw out the question and nobody answer, I had to say something.”

Importantly, all the stakeholders at Papine High – school administrators, teachers, parents and students – recognise the role they each have to play in preventing GBV and how their own words, attitudes and actions can help drive this violence.  Adriel perhaps sums it up best: “Everybody needs to be less violent.”

What is UNICEF doing?

While the RISE against Gender-based Violence School Based Intervention has come to an end under Phase I of Spotlight, schools are encouraged to develop their own interventions to prevent GBV. This and other Spotlight Initiative activities in schools are strongly linked with the UNICEF-Ministry of Education and Youth School-wide Positive Behaviour Intervention and Support (SWPBIS) framework partnership. 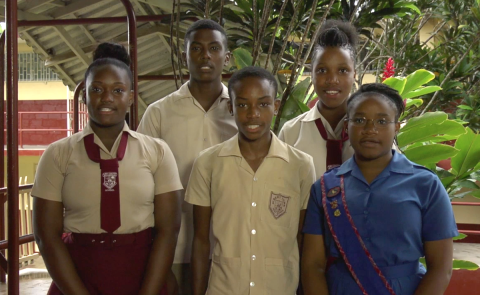 Making a positive impact on the school culture

After schools reopened for full face-to-face learning in September, school leaders from Albert Town High in Trelawny shared their experience 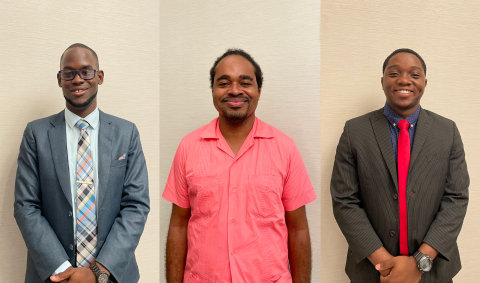 Youth looking back at violence in childhood

Recently we met some bright young people whose eyes were glowing with the firm belief that "Yes, we can end violence against children!" 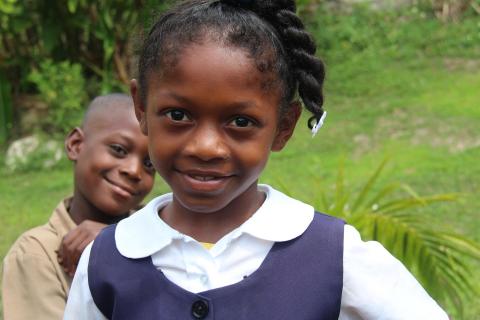 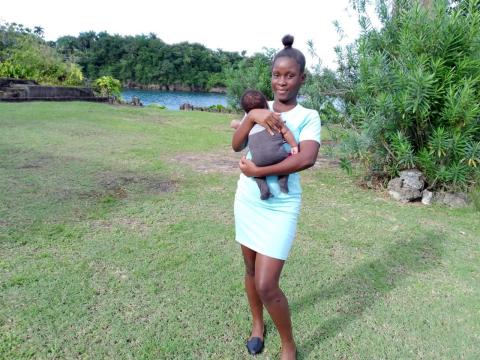 Teen mom dreaming big for me and my baby

I want to give him a lot of what I could not get as a child, such as love. Most of all, I want to be his motivator.