Decades of over-centralization and reduced economic growth have impacted the quality of service delivery in Iraq. Protracted conflicts have also significantly affected the delivery of effective education services in Iraq.

Most schools are not able to provide the best quality education due to low budget allocation to the sector. As a result, the insufficiency of infrastructure, learning materials, and teachers’ skills and capacity have led to deteriorating education standards across the country.

Nahari school in Erbil, Iraq, a mixed elementary school with 415 students of which 281 are girls, was established in 1960, it is one of the schools that implements the method of School Based Management (SBM).

“Education is an important and basic thing in life, that is why we see parents racing to provide services to the school so that the school becomes a friendly place for their children and for them to feel that this place is their second home.” Shaween, the Nahari School Principal reflects on the importance of how schools should be children-centered.

At Nahari School, there are six classrooms that run two shifts for grades 1 to 6, and the bathrooms were mixed for boys and girls with no facility for children with disabilities. The handwashing station was broken and not functional. After the school was selected as one of the schools to implement the SBM approach, the school headmaster and staff proposed and developed their plans and addressed children’s needs to prioritize issues that had the most impact on children.

Led by the School Management Committee which parents also took part in, the classrooms were renewed with new desks, doors, and fans for ventilation. The bathrooms were separated and renovated including the facility for children with special needs. Another big achievement from this program was establishing an art room for painting and drawing. A play yard was also constructed for children so that they could play football, basketball, and volleyball.

Among the students, we met a nine-year-old and a ten-year-old sister, Shane, and Shana.

"We love school, and we love education, we come to school now, and we are happy, here we are not only studying, but we can also play and meet our friends," says Shane.

The father of Shana and Shane, Shekwan Ghafoor, is the Chair of the School Management Committee and has worked closely with the other members to develop, implement and oversee the School Improvement/Learning Plan.

"My children's mental health changed after the school system was transformed. I feel that the system is now more modern. They have a place to play and entertain themselves. They come to school and spend a long time. This time should be special for them," Shekwan says.

In 2019, MoE with the technical and financial support of UNICEF reached more than 1,200 schools in a pilot programme using the SBM approach in target governorates including Basra, Thiqar, Diwaniya, Najaf, Anbar, Baghdad , Kirkuk, Ninawa, Erbil, Dohuk and Sulaymaniyah.

With funding from UNICEF thematic funds schools such as Nahari school are transforming into parent and teacher managed schools which are dynamic in solving challenges faced by their students on a day-by-day basis ensuring children can attain quality education.

Iraq launches, with the support of UNICEF, the National Strategy on Early Childhood Development.

UNICEF receives USD $1,4 million from the Government of Canada to support young people’s transition to entrepreneurship and employment in Iraq 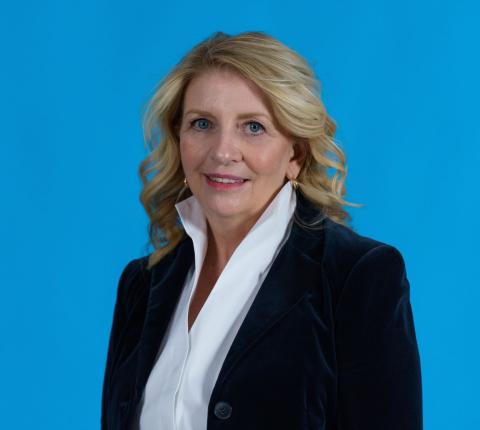