A story of motherhood in Iraq

Nisreen Qasim, 24, is a young mother living in Sharya Camp, in Dohuk, a city in the north of Iraq. Due to the hostilities experienced in the north of the country, Iraq experienced a dramatic displacement of population, with around 200,000 internally displaced persons (IDPs) living in formal camps and over 100,000 IDPs living in informal sites throughout the country. Nisreen and her family fled the conflict in their ancestral Yazidi community and sought refuge in Dohuk; they have been living in the Camp since 2014.

Sharya Camp is one of 15 such locations in Dohuk housing 16,000 displaced Yazidis who escaped the conflict. Situated on the outskirts of Dohuk City, it hosts over 150,000 people living in over 2,500 households, spans several square kilometres and has two schools, a public health centre and several child protection centres.

“We are good and safe here, but it is not like home in Sinjar” she says. “One day we hope to go back and rebuild our house”.

Nisreen is married and has 3 children - Najber, her son, is 9 months old, and her daughters Chiman, and Chenar, 2 and 5 years old respectively. For her first two children, Nisreen had difficulties breastfeeding and had to rely on supplementary foods.

“I was very troubled because I could not breastfeed my children. The Camp is not the best situation for new mothers”, she says. Nisreen is one of the thousands of women who live in the camp with their families and have been reached by UNICEF-supported health workers who are responsible for promoting exclusive breastfeeding and initiation of early breastfeeding.

Fortunately, due to good counseling before delivery, Nisreen has been able to breastfeed her son from the day she gave birth and has now been breastfeeding him for 9 months. As recommended, she fed him exclusively with breastmilk for six months and has introduced complementary foods since that time.

“I started breastfeeding him from the moment I laid my eyes on him, I feel like Najber is a happy and healthy boy thanks to breastfeeding”, she says with a smile. “I am grateful to my family and the health workers who encouraged me to breastfeed”.

UNICEF works in Iraq to strengthen breastfeeding-related policies and action, supporting the government to align national policies and guidelines with international standards. UNICEF is supporting the Ministry of Health to implement the “baby-friendly hospitals initiative” and to prioritize infant and young children feeding practices as a cornerstone in early childhood development, both to maximize the chances of child survival and to ensure growth and full brain development.

UNICEF receives US$1.8 million from the Government of the Isle of Man to support the protection of Syrian refugee girls and boys. 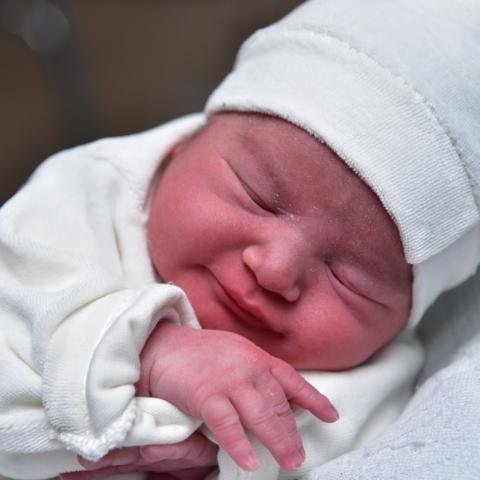