Iraq is one of the top eight countries in the world with more children in detention as a result of armed conflict, according to the latest UNICEF report

NEW YORK /GENEVA / BAGHDAD, 28 June 2022 – Between 2005 and 2020, the United Nations verified over 266,000 grave violations against children committed by parties to the conflict in more than 30 conflict situations across Africa, Asia, the Middle East, and Latin America, including Iraq, UNICEF said today in a new report.[1] This figure is a fraction of the violations believed to have occurred, as access and security constraints, among others, and the shame, pain, and fear that child and family survivors suffer often hamper the reporting, documentation, and verification of grave violations against children in situations of armed conflict.

“This report lays out in the starkest possible terms the world’s failure to protect its children from grave violations during times of armed conflict,” said UNICEF Executive Director Catherine Russell. “Grave violations devastate children, families, and communities – and they tear at the fabric of society, making it even harder to restore and sustain peace, security, and stability. We must refuse to accept violations against children as an unavoidable outcome of the war.”

Based on sixteen years of data from the Secretary-General’s Annual Report on Children and Armed Conflict, the report illustrates the impact that armed conflicts have had on children, by presenting trends of grave violations across the world and over time. The report examines how information on the documented patterns of grave violations is being used to respond to children’s needs and how engagement with parties to the conflict – State and non-State actors alike[2] – enables ending and preventing grave violations.

In Iraq, the report showed that children from poorer backgrounds and children of specific status or characteristics – including refugee, and internally displaced children, among others – remain at heightened risk of grave violations. According to the report, available sex-disaggregated data indicates that verified incidents of grave violations have predominantly affected boys and that one child is at risk of multiple violations.  It also showed that explosive remnants of war (ERW) became one of the main causes of killing and maiming of children, where the use of children to plant or carry explosive devices has become a trend of serious concern. It was reported that numerous cases of children abducted and forcibly taken across borders for the purposes of recruitment and use, or sexual exploitation was documented, and practices of child marriage and sexual exploitation have also been widely used by armed groups. Children also died as a result of torture following accusations of spying and/or being associated with opposing parties.

“We are working with a broad range of partners to strengthen the monitoring and reporting mechanisms of grave violations against children in Iraq,” says Ken Legins, Officer-in-Charge Representative, of UNICEF in Iraq. “But as grave violations continue, our work to protect children remains urgent.”

Globally, the annual number of verified violations has gradually increased since 2005[3], surpassing 20,000 in a year for the first time in 2014 and reaching 26,425 in 2020. Between 2016 and 2020, the daily global average of verified grave violations stood at an alarming 71 violations. The elevated number of violations observed in recent years demonstrates the dramatic impact that armed conflict – and increasingly complex and protracted protection crises[4] – have on children.

In order to bolster accountability, parties to conflict listed in the Secretary-General’s annual report on children and armed conflict develop and implement Action Plans with specific, concrete, and time-bound actions to establish sustainable measures to protect children from the impact of conflict. the report lays out several examples highlighting the critical value and impact of Action Plans in bringing about positive change for children, both in the immediate and long terms, as well as outlining challenges and obstacles.

It is important to note that the increase in verified violations over time also underscores the increasing strength of the monitoring and reporting mechanism over the years. The development of guidance on monitoring and reporting, the training and capacity building of the UN and its partners’ staff on documenting grave violations, and the awareness-raising of families and communities on the protection risks for children, have all contributed to strengthening the mechanism and enabled it to collect increased information on grave violations against children. 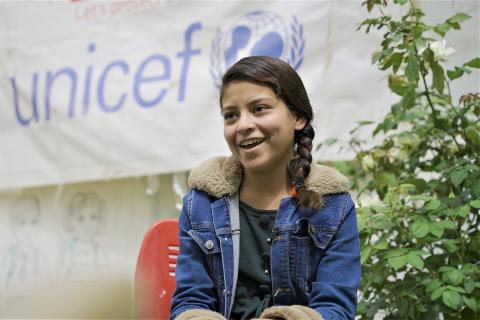