In photo: Khanysile Buthelezi, one of the female researchers on the biotechnology innovation team

In 1903 Marie Curie was the first woman to win the Nobel Prize, and in 1911 became the first person (and only woman) to win the Nobel Prize twice. To this day, she is the only person to receive a Nobel prize in two different sciences. And yet despite the hundred years that has passed since Marie Curie’s ground-breaking Nobel prize wins, the science and technology field is still arguably male-dominated, with little diversity. It’s a sombre fact to consider on International Women’s Day, but there is also more opportunity today to make positive change than ever before.

Globally, the proportion of female scientists and women working in technology is still much lower than that of men. While more women and girls are studying science and Science Technology Engineering & Mathematics (STEM) subjects at secondary school, participation of women at higher levels within the field of STEM drops markedly at the tertiary education level and at the professional and leadership level: according to UNESCO, globally, women worldwide pursuing careers in science are only 28 per cent, and just 30 per cent of professionals in the sciences in Sub-Saharan Africa are women. In South Africa, while there is improved gender parity in the number of female researchers - 45 per cent were female in 2016 - there is a large gender gap at STEM leadership level: only 17 per cent of university chancellors or vice chancellors and 19 per cent of heads of science councils and national science facilities were women.

Some of the reasons often cited for the gender gap in STEM are due to gendered barriers: inadequate encouragement of girls to pursue mathematics and science at the early school-going age, or a lack of gender diverse practices within the workplace and supportive employer policies - even when women do enrol or work in STEM, as many as 30 per cent drop out due to lack of flexible work hours and childcare. However, a major factor in the STEM gender gap is also the lack of female role models: there is research that suggests that when women and girls are exposed to successful females in STEM fields, they are more likely to have pro-science career aspirations. When women see other women in science, they are less likely to associate these fields with masculinity and more likely to have confidence in their own skills - particularly when they see women at the leadership level.

This is why, when Tanya Accone, head of UNICEF’s Global Innovation Centre (GIC), and Professor Janice Limson, Director of the Biotechnology Innovation Centre at Rhodes University in South Africa, met, they recognised an opportunity to do valuable work together. As two South Africa female leaders in the STEM field, they not only saw the chance to create innovations in biotechnology to save lives, but also opportunities to encourage participation of young female scientists and promote more diversity in science and technology.

UNICEF GIC’s vision is to inspire and support the scale-up of new technologies and approaches to UNICEF’s work to achieve powerful impact for all children. The GIC has been supporting Professor Limson’s team since 2015, and her diverse team have been developing new types of diagnostic testing that could be used in remote areas at a low cost. Professor Limson currently heads up a group of scientists who, with UNICEF’s support, are building innovative easy-to-use tests for HIV, pregnancy and malaria.

For Accone, supporting Professor Limson’s team brings countless benefits: “Clearly, these tests have the potential to be a game changer when it comes to testing and treating vulnerable women and children around the world,” says Accone.

However, what is also unusual about the initiative is the gender balance: not only is it female-led by Accone and Limson, but almost half of the team are female, an unusually high proportion in STEM.

“By supporting this team’s work, we are also supporting more gender-balanced representation in this field – a field that has been traditionally dominated by men.”

Professor Limson has a passion for how her own work in science can help other women, and what is also crucial to this partnership to her is how it can open pathways for other female scientists. “You have to be conscious that by doing this work, and being among the first to do it, you help open paths for other women,” she says sitting in her office in Rhodes University.

“We simply need more women in science, and having role models is really important to inspire children and young people. Having students come to our labs and seeing people of all different backgrounds really speaks volumes. Young people need to see themselves as that person and if they can identify with someone in a science environment, the doors suddenly open wide and norms are challenged.”

Professor Limson, who also holds the South African Research Chair in Biotechnology Innovation & Engagement, says she has faced numerous challenges during her career, many of which were down to gender-norms within the science field. “Gender norms and biases are everywhere – and even women can have these biases by the way,” she says. “You can make environments more enabling for all scientists but right now it’s maybe more enabling for men.” But for Limson, a partnership like this with UNICEF can help create a more enabling environment for women, and give more legitimacy to the work that Limson and her team are doing.

Khanysile Buthelezi, a female postgraduate student on the biotech team, who works on validating recent test breakthroughs, agrees that representation is important. “I’ve faced challenges in the past,” she says. “I noticed when I first started in science there weren’t people who looked like me. It was hard because you can’t relate to a lot of what you see and I think that will be a challenge for a lot of young women.”

“It’s important to have more representation in any field because if you see someone who looks like you it gives you confidence to think ‘I can do that too’,” Buthelezi continues.

“The image of a scientist doesn’t just have to be an old white man in a coat – it can be anyone.”

Both Accone and Limson are incredibly enthusiastic about where this UNICEF - Rhodes University partnership can go; not just in terms of the outcomes of the remote tests, but also in terms of changing perceptions around, and creating opportunities for, women in science. As Limson says, “Having more visible women at the forefront of science - and in leadership positions as well - will inspire girls to follow this path, and that can only ever be a good thing.” 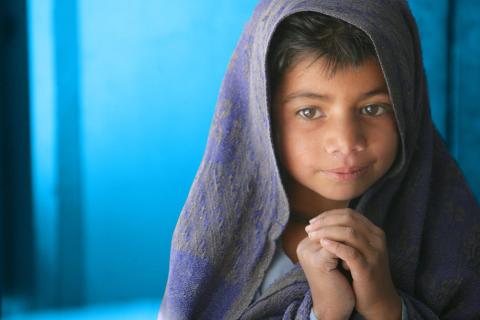 Design for girls, by girls - Period.

Putting youth at the center of improving menstrual hygiene in Pakistan 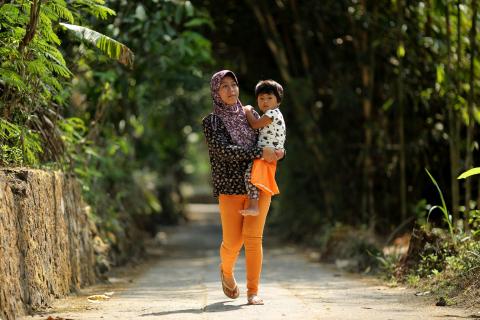 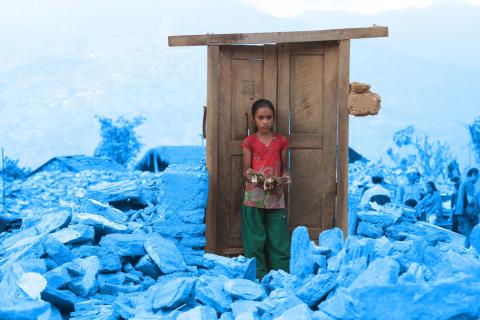 Pathways to scale, pathways to results for every child

Global Innovation Centre: Pathways to scale, pathways to results for every child 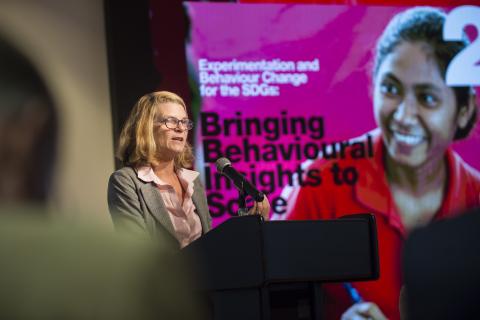 Bringing behavioural insights to scale in the United Nations