An Investor's Perspective: an Interview with Joel Monegro, Analyst at Union Square Ventures

The UNICEF Innovation Fund invests exclusively in open source solutions, and we often get asked whether a business can make money if it is open source. We interviewed Joel from Union Square Ventures to understand if and why venture capital funds invest in open source companies, and why they consider them more sustainable in the long term.

Union Square Ventures (USV) is a thesis-driven venture capital fund that invests in building networks, and infrastructures for the new economy, and enablers of open, decentralized data. This interview reflects Joel Monegro’s personal opinion; it does not represent the views of the firm.

We try not to focus on technology for the sake of technology. We believe that technology is a commodity and any advantage on technology or the tech process is considered to be short-lived.  We focus more on the users and the data network effect a company might gather. We also focus on the interaction of technology within a community as well as how much a particular service is being used.

Do you think MongoDB would make more money if it was a proprietary technology?

You could make your technology proprietary and have a high revenue business, but you would have created a high revenue business with high costs. One of the greatest advantages of open source systems is the access to a community of open source contributors and developers who continuously make your software better without you having to pay them. Maybe the MongoDB ecosystem would not have developed the way that it did if it had not been open source. If it was just a closed source system like some of its competitors, there probably would not be such a vast community of developers who enjoy developing on MongoDB and who contribute to the code and mindshare around to the MongoDB database.

What would you say to companies that feel they are losing revenue by putting their technology on an open license?

It is probably a short or medium term loss of revenue. If you take a longer-term view, you will realize that you’re better off. Additionally, you have a vast number of developers building on your platform and an extensive network of other companies and stakeholders committed to the open source product. The access to this community contributes to the longevity of the service which in turn contributes to the longevity of your business. Whereas, when you look at companies that have closed-source technologies, the lifetime of their product can be shorter because another company, maybe an open source company, is able to come and steal the market from under them. When you start open source, you can remain relevant for much longer.

Is open source suitable for every tech or content developing company?

Open source is not for every business. Sometimes it makes sense, other times it doesn’t. Open source is best suited for more infrastructure layer businesses. An example of a company that is technically open source but whose value is not generated by its open source project is, Reddit. Their entire codebase is open source; you can download it and deploy it to your server, but all the value comes from the data built on top. In their case, we haven’t seen an ecosystem of people taking the Reddit source code and starting their own Reddit, because Reddit has their own network effect around the data and the users that are posting on Reddit.com. They are an example of a company that is open source and don’t have an ecosystem of developers building on top of it or around it. In their case, it is great that they are open source, but it doesn’t end up mattering that much. This example strengthens the argument that companies who benefit most from open source are those who are the infrastructure layer of an industry or an ecosystem. For businesses that are building a similar kind of product, or a product where the differentiation comes from the interaction of the users rather than the user advantage, they can go open source – it’s not going to threaten their business.  Reddit is open source, but this has not threatened their business.

What are some of the main challenges open source businesses face and how best do you think they can overcome these challenges?

There are two ways of addressing this challenge. One is to market and engage with the contributor community. It helps to have someone in your team who is dedicated to open source project community management, and who engages with developers. Expect a lot of ground work — working with developers, going to conferences and hosting hackathons and a lot of grassroots efforts. The other approach is building good technology.

Want to be part of this growing network of individuals, companies, and solutions?Looking for seed funding for your open source tech startup?

Check out www.unicefinnovationfund.org to find out more about the process and to make a submission by 31 Jan 2017 (date extended).

About the UNICEF Innovation Fund:

The UNICEF Innovation Fund just announced its first investments in open source tech start-ups in developing and emerging markets, as published by the NYTimes and the Wall Street Journal. These portfolio companies will be joined by another 20-40 new investments in 2017. The Fund aims to identify “clusters” or portfolios of initiatives around emerging technology – we want to build a network of individuals, companies, and solutions that are creating new solutions that can improve the lives of children. The Fund does not take an equity stake, but places all technology on open source licenses to generate a value return of open technology and intellectual property.

Learn more about the first 5 tech start-ups who make up the UNICEF Innovation Fund’s first portfolio of companies receiving investment from the Fund: 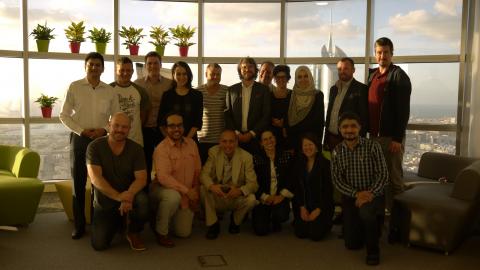 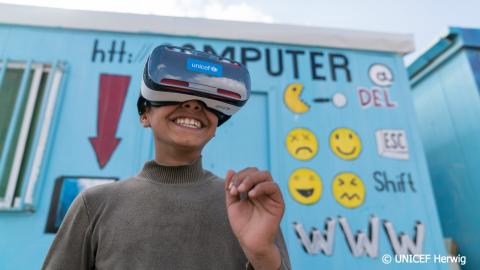 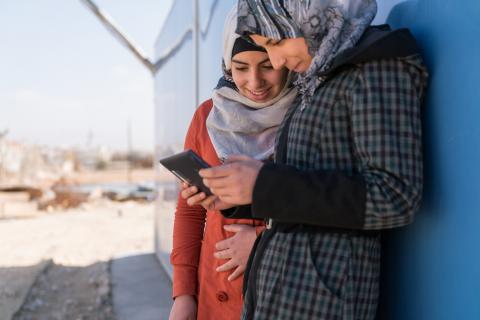