"When Feby was ill with diarrhoea and typhoid fever at the same time, I thought we needed to have a latrine immediately, but the family income was only enough for our daily needs."

Ibu Sri shared her story while walking though a narrow alley that led to her home. Nine-year old Feby followed her into their front porch, climbing onto a step made of concrete. It was unfinished, as were the house's walls and floors. The smell of cement was recognizable.

The modest four by four was where the family of Suryatul Handi lived. This was not their first house, but the previous home lacked drinking water and latrine facilities. Both Sri and her husband, Feby's parents. worked as farm labourers. Their daily wages were only enough for their essential necessities: food, soap, and other daily needs. A toilet facility alone would set them back five million rupiah, and this did not even include drinking water pipe connected to their home.

“I used to defecate in the sewer, I got ill with diarrhoea as well and I felt weak and dizzy. I don’t want to have diarrhoea again.”

According to Zakaria, SKM. MM., Head of the Environmental Health Section under the Health Office of East Lombok District, diarrhoea is among the top ten illnesses that most commonly affected the people of East Lombok. Open defecation, and consumption of unsafe water, were two of the primary contributing factors of the disease, especially in children.

In 2017, the Provincial Government of West Nusa Tenggara pledged to change the practice of open defecation and achieve Open Defecation Free (ODF) status. UNICEF and the national alms and charity management body, Badan Amil Zakat Nasional (BAZNAS) joined this effort and together were committed to provide improved drinking water and sanitation facilities in the province.

In early 2020, Suryatul’s family finally received access to drinking water and latrine through the program, which aimed to alleviate the economic burden of disadvantaged families like Suryatul and Sri. Ibu Sri, hoping her children now can thrive healthily, free of preventable yet fatal diseases.

“I felt so grateful when we received this help. Finally, our children can live in a comfortable and safe home.”

However, the latrine only partially addressed Feby’s risk of diarrhoea. Around her and the other children in the neighbourhood, another threat lurked, namely the disposal of untreated faecal waste. In Indonesia, 93 per cent of faecal waste is disposed of without being managed in a Faecal Sludge Treatment Plant (IPLT).

Suryatul showed where his septic tank was located – which only had an air vent of less than 10 cm in diameter. The pipe connecting his latrine to the tank was exceedingly small; according to a staff member under East Lombok Environment and Forestry Officer whose job was to empty septic tanks, this indicated the owner’s lack of knowledge that the tank would need to be emptied at least once every two years.

“If the faecal sludge is not emptied from time to time, or the septic tank has never been full, it’s almost certain that the faecal waste is spreading to the soil and contaminating the community’s water source.”

Learning from the successful Stopping Open Defecation intervention, UNICEF and BAZNAS are committed to create a road map or a detailed work plan for the provisioning of Safely Managed Wastewater Treatment Installation.

“If there is a training provided on how to properly build and maintain septic tanks, I’d like to learn and improve my own tank. I don’t want my children to be ill again.”

Not only providing physical facilities, UNICEF’s efforts to fulfil children’s rights to improved drinking water and sanitation include ensuring that a sustainable, community-led system is in place so that no children has to suffer from diarrhoea due to water contamination. 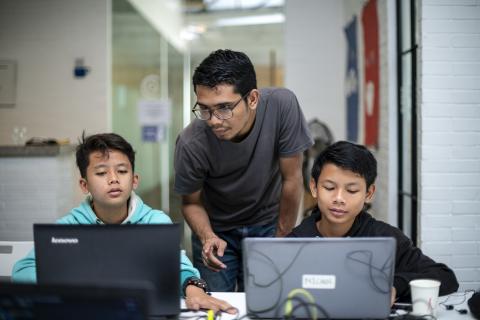 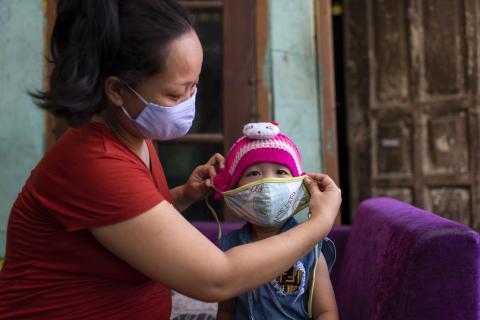 Volunteers help communities to protect themselves 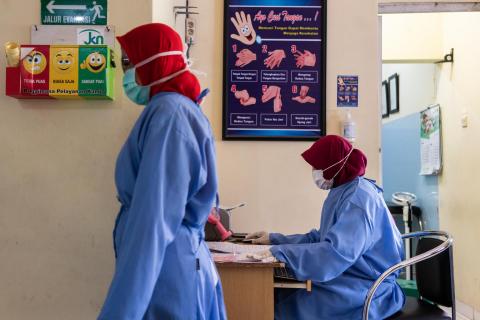 A report from Al Jazeera English 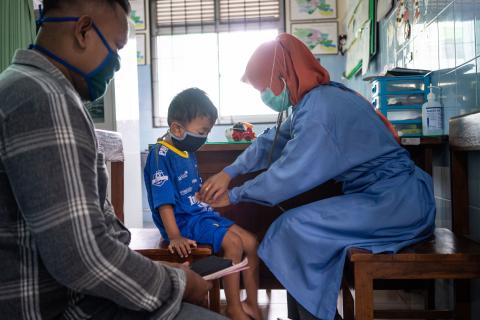 Indonesia: Number of malnourished children could increase sharply due to COVID-19 unless swift action is taken