A Glimmer of Hope for Preventing Infant Mortality

Indonesia's national health insurance scheme has improved access to newborn and maternal health services for its most vulnerable communities.

AMBON, Indonesia – Before dawn, Mirawali woke up to pray, when she realised she was covered in blood.

Heavily pregnant and fearing for her baby, she roused her husband Salman and together they rushed to the community health centre just a few hundred metres away. But with no doctor available, they were referred to the nearest hospital, an hour away.

Salman quickly rented a car and sped them through the early morning darkness to the hospital where Mirawali was admitted. A day later, their beautiful baby boy was born by caesarean section. They named him Kaelan, Gaelic for “warrior.”

But Kaelan had arrived premature, at 35 weeks. He weighed a delicate 1.3 kg, just half the 2.5 kg defined as healthy by the World Health Organization (WHO). “I could see his ribs,” said Mirawali, remembering the first time she briefly saw her son after he came out of surgery. “But I wanted to be strong for him.”

Kaelan is the couple’s third child but the first to be born in a health facility. Like many mothers in  Maluku, Mirawali delivered her previous two children at home. Nearly half of births in Maluku in 2018 took place outside of a health facility, with most occurring at home and half of them assisted by a traditional birth attendant.

Globally in 2017, despite substantial progress over the last two decades, inadequate or non-existent care during pregnancy and delivery was largely responsible for the deaths of an estimated 2.5 million newborns in their first month of life. Experts agree that the risk of stillbirth or death due to complications during childbirth can be reduced by about 20 per cent with the presence of a skilled birth attendant, which generally includes a medical doctor, nurse or midwife.

During a routine antenatal visit, Mirawali was diagnosed with hypertension and advised of the potential risks. So following advice, she and Salman enrolled in JKN, Indonesia’s national health insurance scheme, shortly before she was due to give birth. They pay about $1.80 per month for each member of their family.

Introduced in 2014 with the goal of making health care affordable to all Indonesians by 2019, JKN currently covers more than 223 million people across the archipelago, making it the largest single payer health insurance scheme in the world. It aims to cover a wide range of health services, including for maternal and neonatal health, provided by public and private facilities to all citizens, regardless of income.

“At first, I was worried about paying the fees and I didn’t know how complicated the administrative process might be,” said Mirawali. “But it was easy to enrol, and with the automatic debit payment we don’t have to go back and forth to the bank to pay the fees as long we have money in our account.”

For two weeks, Salman kept vigil while Mirawali recovered at home. Twice a day for just one hour at a time, he was permitted to see Kaelan, but had to watch his son through the thick plastic walls of an incubator that he shared with another newborn. “The nurses told me he had a 50-50 chance of survival,” he says, recalling the frustration and helplessness he’d felt.

Dr. Vivianti Hartiono, a paediatrician at Dr. M. Haulussy Hospital in Ambon who treated Kaelan, remembered his precarious state. “After several days, his condition continued to get worse,” she said. “We monitored his status and decided to change the antibiotics and perform a blood transfusion.”

Eventually, following countless nights spent sleeping on the concrete benches in the sombre waiting area with other concerned families, Salman finally received the news he desperately wanted to hear: his son was going to live. The couple would have to wait another week until they could bring him home, but Kaelan could now survive without life support outside the confines of the incubator.

The daily costs associated with treating Kaelan in the intensive care unit would have been around US$105. For Mirawali and Salman, who both work in a nearby Islamic junior high school, this would have been a significant, if not catastrophic, burden. They had previously decided against delivering their second child in the hospital due to these potential expenses.

But because they were enrolled in JKN, Salman and Mirawali were only charged about US$ 70 in total, for the entire month Kaelan was in the hospital, which was mostly spent on medications and antibiotics.

“Without the JKN, our lives would be much more difficult,” said Mirawali. “With our limited income, we would have reconsidered going to the hospital.” 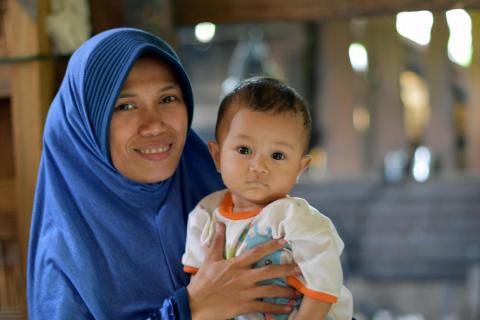 World Breastfeeding Week: UNICEF and WHO call on the government and stakeholders to support breastfeeding mothers in Indonesia during COVID-19 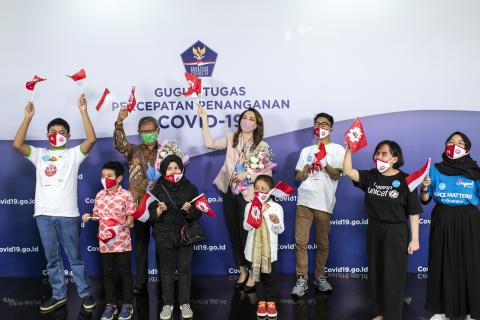 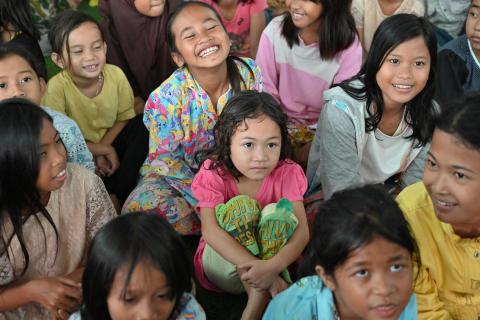 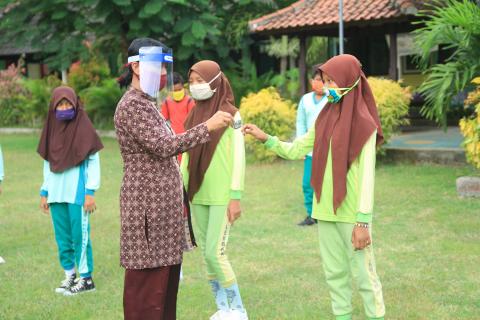