A child found, a family reunited

Iqbal As Sywie parked his motorbike at the Central Sulawesi Office of Social Affairs and half ran to the blue tent where the Child Protection Joint Secretariat located. “Is he here yet?” he asked Astrid Gonzaga Dionisio, a UNICEF Child Protection Specialist staff who shook her head and smiled, “He’ll be here, Pak, take a deep breath.”

Iqbal, 33, smiled and looked at his mother, Marta.  Iqbal is the father of Mufli, 10, and Fikri, 7. Both sons went missing after the earthquake and tsunami hit the cities of Palu and Donggala on 28 September 2018. “They are good children, they kiss my hand before going to school and mengaji (Quran reciting course, a common after-school activity for children of Islamic faith),” he said.

He reported the missing children to the Child Protection Joint Secretariat Post. The social workers filed the report and shared it with colleagues in other posts in Central Sulawesi. When disaster strikes, children are often separated from their parents or immediate families and in many cases, missing. In Central Sulawesi, as of October 11, the number of separated[1] and unaccompanied[2] children is estimated to be 300, while the number of registered missing children is 74.

The Social Ministry’s social workers (Satuan Bakti Pekerja Sosial or Sakti Peksos) in collaboration with UNICEF provided a host of support for children affected by the Central Sulawesi disaster. From psycho-social support to help children cope with the traumatic experience to family tracing and reunification (FTR) to reunify separated families. Twelve posts will be set up in disaster-hit areas to identify children who are separated or unaccompanied. Similar posts have been set up in Makassar to register separated/unaccompanied children moving out of Palu.

After days of tracing, social workers found a child matching the description of Fikri in Morowali Utara, a district located eight hours away from Palu. After a series of cross-checking and a thorough identification process, it was confirmed that Fikri had been found. Today, the elated family gathered at the Joint Secretariat tent for their reunification with Fikri.

Iqbal, his mother and some members of his extended family sat on the tarpaulined floor, when a small child entered carrying a bag of toys in his hand. It was Fikri. Iqbal broke in tears and hugged his lost son.

“Masya Allah (whatever Allah will), Fikri, you are alive,” he said between tears as he kissed his forehead.

This is a miracle. It makes me and the social workers happy every time we are successful in reuniting a child with their families

Fikri was playing outside the house with his older brother, Mufli (10), when tsunami swept them away. He was stranded on a pedestrian walk and rescued by a local person who was being evacuated to Morowali Utara. The situation in Palu at that time was still very chaotic, the person decided to bring Fikri with him while trying to get medical help on the way. He filed a report at the social worker’s post in the district while caring for the child.

“This is a miracle. It makes me and the social workers happy every time we are successful in reuniting a child with their families,” the Director of Child Rehabilitation at the Ministry of Social Affairs Nahar (it is common for Indonesians to have only one name) said.

Prior to the meeting, Iqbal and his family had had a chance to speak to Fikri over the phone. They were thankful to know he was well treated by the family and he had been going to Quran reciting course.

UNICEF Indonesia Child Protection Specialist Naning Puji Julianingsih said that family tracing and reunification is important because a child should be with their family. “The best environment for a child is with their own immediate or extended families. Institutional care or family-based adoption should be the last options,” Naning said.

“I can’t tell you how I feel right now, I want to meet with the person who rescued my son and thanked him in person,” Iqbal said. He still had not heard any news of Mufli but he remained hopeful. His mother, Marta, touched her son’s hand and said, “Wherever he is, I hope he (Mufli) is alive and with good people,” she said.

[1] Separated children are those separated from both parents, or from their previous legal or customary primary care-giver, but not necessarily from other relatives. These may therefore, include children accompanied by other adult family members. Source: Inter-Agency Guiding Principles on unaccompanied and separated children, 2004

[2] Unaccompanied children (also called unaccompanied minors) are children who have been separated from both  parents and other relatives and are not being cared for by an adult, who, by law or custom, is responsible for doing so. Source: Inter-Agency Guiding Principles on unaccompanied and separated children, 200 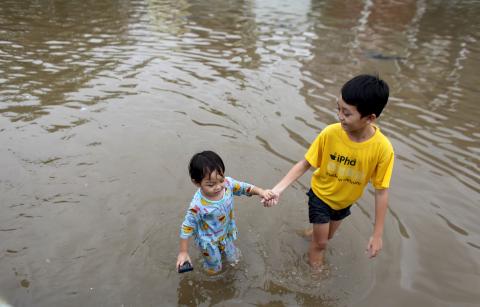 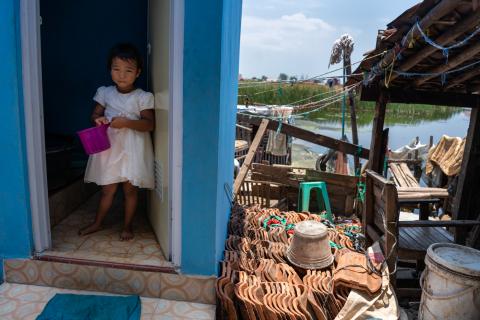 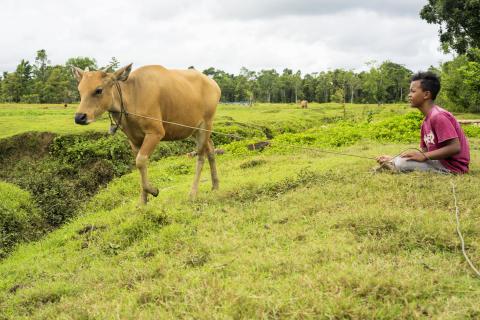 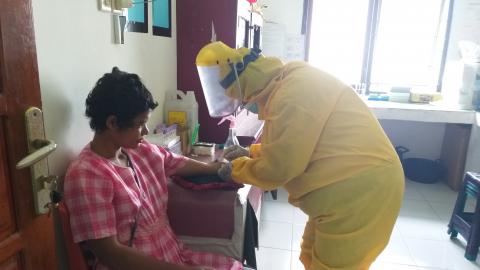 Doing the small things with a big heart

Health workers in West Papua continue their work to prevent the spread of HIV during the COVID-19 pandemic.