Adolescents Commit to Quit on World No Tobacco Day

U-Report chatbot provides young people in Indonesia with information on the harmful effects of tobacco and encourages them to join the global Commit to Quit campaign.

Photo caption: U-Reporters participate in a separate youth engagement event before the COVID-19 pandemic in 2016.

When RPY* was in the second grade, he was invited by friends at his elementary school in Padang to try cigarettes. Growing up, he had seen his father smoke and watched tobacco advertisements on TV, which made him curious. Afterwards, he continued the habit as cigarettes were cheap and easily available around him.

Experiences like RPY’s are all too common among young people in Indonesia. While the legal minimum age for smoking is 18 years old, more than a third of adolescent boys aged 15-19 currently smoke cigarettes, with over half having started before the age of 15. Easy access to cigarettes from shops and ads on TV and at the point-of-sale help fuel the decision to start smoking and make it difficult to stop.

The high rates of tobacco use among both young people and adults are having massive implications for public health. Between 1990 and 2019, the number of deaths in Indonesia attributed to tobacco increased sharply by 118 per cent, resulting in over 246,000 tobacco-related deaths in 2019.

“As devastating as the COVID-19 pandemic has been, it is responsible for fewer deaths in total than smoking causes each year,” says Valerie Julliand, the United Nations Resident Coordinator in Indonesia. “Indonesia is one of the world’s largest markets for cigarettes, and tobacco use inflicts an intolerable health burden on the country, especially on youth.”

Worldwide, around 780 million people say they want to quit but only 30 per cent have access to the tools to help them overcome both physical and mental addictions to tobacco. In response, the WHO recently launched the global “Commit to Quit” campaign, which aims to support 100 million people to give up tobacco through various initiatives and digital solutions.

To localise the campaign in Indonesia, UNICEF launched the #KerenGakSih (Ain’t that Cool) initiative on social media in an effort to redefine social attitudes towards smoking and make quitting cool among young people. As part of the initiative, UNICEF conducted a poll between April 8 and May 5 on non-communicable diseases through the U-Report youth engagement platform. More than 3,700 young people from across the country took part via WhatsApp and Facebook Messenger.

As seen in previous U-Report polls, most respondents (67.6 per cent) ranked the Internet as their main source of information about non-communicable diseases. An overwhelming majority (91.3 per cent) responded that tobacco is bad for health and should be avoided, higher than alcohol (85.7 per cent) and air pollution (76.2 per cent).

Simultaneously, UNICEF launched a U-Report chatbot to provide users with the facts on smoking – such as influencing factors, its impact on health and steps they can take to give up tobacco – and asked them to join the Commit to Quit campaign.

“The information from U-Report is very useful,” says Daffa Ramadhan, a 17-year-old U-Reporter from Karawang, Central Java. “I learned about the dangers of smoking and what influences someone to smoke. This will help me provide the facts to people around me.”

In Central Sulawesi, 17-year-old U-Reporter Marshanda Pariu reckons that around 80 per cent of young people, adults and the elderly in her community actively smoke cigarettes. She points to marketing and promotion as driving factors behind the high numbers.

“Sponsorships, advertisements and people smoking can all influence someone to smoke,” says Marshanda. “I will use the information from U-Report to campaign against tobacco and avoid anything related to smoking.”

As of May 30, more than 42,000 U-Reporters accessed the chatbot through WhatsApp. On World No Tobacco Day on May 31, the localised Commit to Quit campaign will officially launch on the U-Report chatbot.

RPY, who has since quit smoking and says he feels better for it, advises other children in Indonesia to join the campaign and avoid smoking because it can be addicting and lead to health issues.

“Young people are particularly vulnerable to the social and environmental influences that entice them to start smoking,” says UNICEF Representative Debora Comini. “By engaging with them on cigarette smoking in a youth-friendly way, we can empower them to stay smoke free and promote an end the tobacco epidemic in Indonesia.”

To join the #KerenGakSih (Ain’t that Cool) initiative and commit to quit tobacco, please visit: bit.ly/ureportkeren 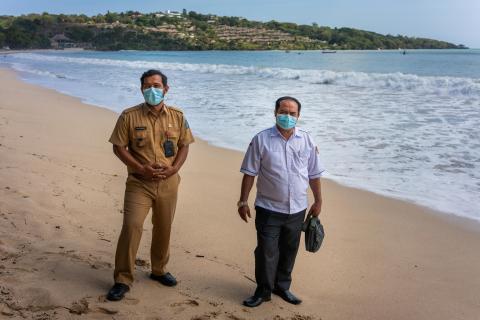 As COVID-19 vaccinations increase in Bali, communities look ahead to a pandemic recovery. 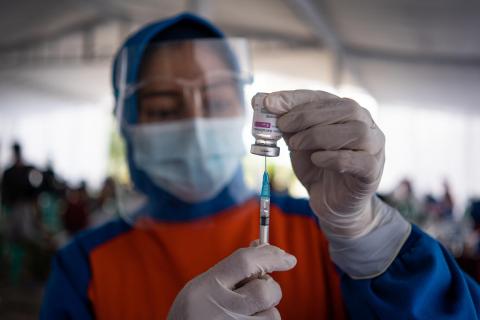 What to do before, during and after receiving a vaccine

Tips for navigating the vaccination process. 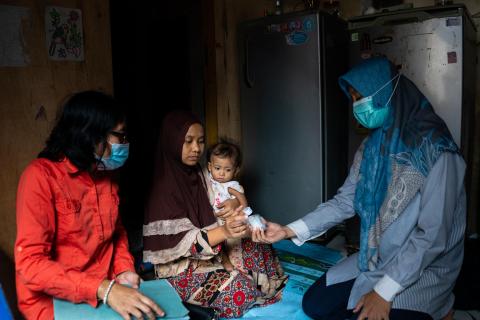 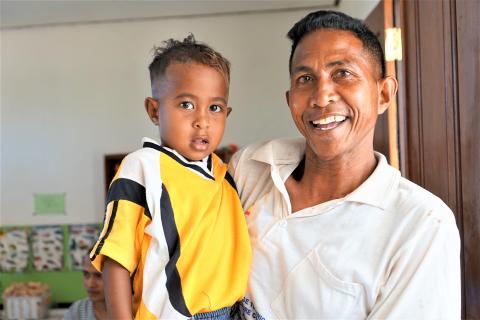 5 ways for a father to support child immunization

Father's engagement in immunization will boost the family's confidence to fulfill a child’s right to be healthy.