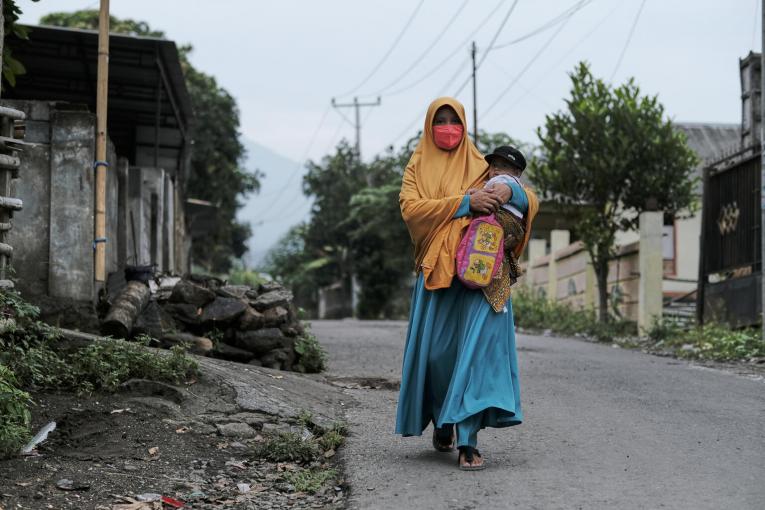 Jakarta, 25 February 2021 — More than 85 percent of Indonesian respondents in disaster-hit communities of Central Sulawesi and West Nusa Tenggara have experienced a ‘double burden’ of economic losses due to the COVID-19 pandemic, according to a rapid survey by UNICEF, UNDP and the SMERU Research Institute, launched today.

The focus areas of the study are the North Lombok and East Lombok districts  in West Nusa Tenggara, and Sigi and Palu districts in Central Sulawesi . The study looked at the conditions of the income and finances, access to health and education, as well as the communities’ awareness in accessing government assistances.

“This survey managed to get to the root of the problem among the communities (here), said Nusa Tenggara Barat Governor, Zulkieflimansyah.

“I want to express my gratitude to UNDP and UNICEF for conducting the socio-economic impact survey. The survey results will be used as a reference to create the programmes and synergies, in particular with UNDP and UNICEF,” he said.

“The findings of the study confirm our initial observation that the pandemic has hit Indonesia’s most vulnerable group the hardest, particularly who were still grappling with the impact of the recent natural disasters.  Despite the mounting challenges, our survey shows that many of the affected communities are keen to move past the disasters and rebuild their lives, indicating their strong resilience. We hope this study will provide much-needed evidence for the Government of Indonesia to address the impact of the pandemic which threatens to derail hard-won gains in human development and the Sustainable Development Goals (SDG) achievement,” said Sophie Kemkhadze, Deputy Resident Representative of UNDP Indonesia.

The study also found that children in disaster-hit areas bore the brunt of the pandemic with 21.8 percent of households with children experiencing difficulties in accessing education and health services for their children.

“603 of the families surveyed lost significant income in 2020 and are at high risk of falling into poverty. Their children risk losing access to good nutrition and other basic necessities. Government led child-focused social protection programmes can help to reduce child poverty,” said Fernando Carrera, Chief of Social Policy, UNICEF Indonesia.

The study found that 65.7 percent of households earning less than IDR 1 million per month reported a loss of income following the natural disasters of 2018. Job losses are also quite rampant with 66.4 percent of households in the same income group reporting a loss of jobs, revealing that these households were economically vulnerable and most likely to suffer the impact of a disaster.

Women have been adversely affected by a significant number – 83.9 percent indicated that they had less income in June compared to the start of 2020

“The joint study has revealed that changes – or shocks- affect households differently. Those in the low-income group, the female-headed households, households with children and with people with disability are especially vulnerable. With limited resources to cope, the external support systems is particularly important to secure the livelihood of these vulnerable households. We hope this study sheds light on the issues that need to be addressed in order to protect these vulnerable households from the impact of future shocks and to strengthen their resiliency,” said Asep Suryahadi from The SMERU Research Institute.

The study proposes four key points; (i) The government should work with village authorities and local community members to document vulnerable households and to disburse the assistance; (ii) Involving village authorities and local community members to support the education practice; (iii) Supporting health services provider and health officers to make sure basic health services are accessible and (iv) Prioritizing recovery programs in the poorest areas so that impacts caused by the COVID-19 pandemic can be minimized or even avoided

UNDP is the leading United Nations organization fighting to end the injustice of poverty, inequality, and climate change. Working with our broad network of experts and partners in 170 countries, we help nations to build integrated, lasting solutions for people and planet.

SMERU is an independent research institute whose primary work is directed at encouraging pro-poor policies at the national and regional levels. SMERU specializes in poverty analysis, policy research, and monitoring and evaluation. These three interconnected elements of knowledge production are directed at supporting policy formulation that works for Indonesia's poorest and most vulnerable people. Find us at www.smeru.or.id. 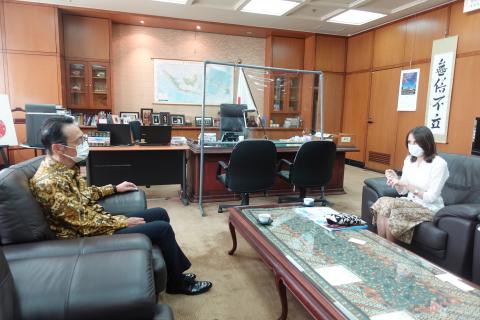 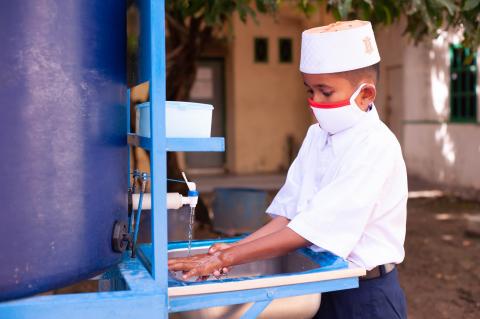 UNICEF and the Government of Indonesia are installing handwashing facilities and promoting hand hygiene in schools during the COVID-19 pandemic. 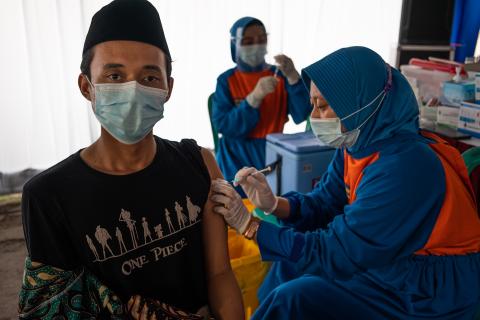 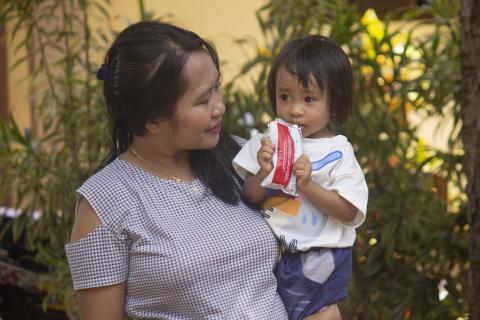 A UNICEF pilot programme is helping to facilitate critical nutrition information between families and health workers.