Indonesia commits to leave no child behind in achieving the SDGs 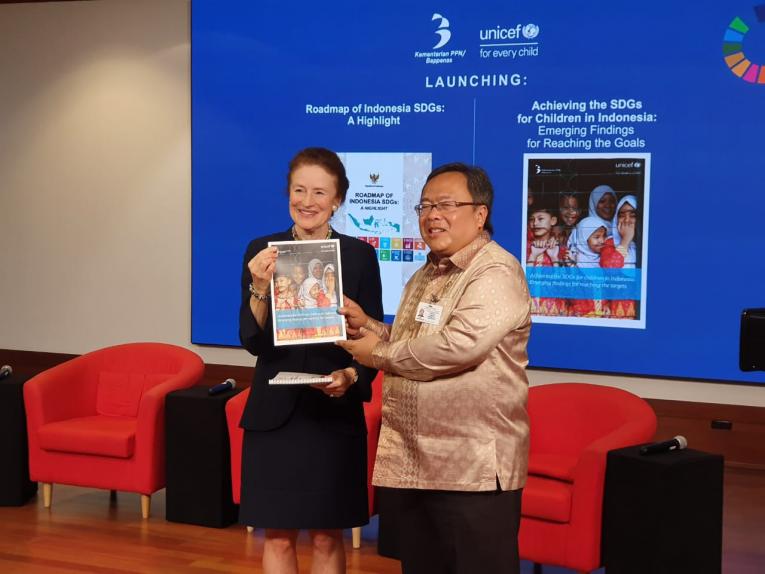 New York/Jakarta, 15 July 2019. The Government of Indonesia stated its promise to invest in children at the UN Headquarters in New York, US, on Monday. The forum, an annual meeting, runs from 9-18 July brings together governments and other stakeholders, including young people, to discuss how to accelerate progress towards the 2030 Sustainable Development Goals, with a focus this year on education (SDG 4) and peaceful societies, including ending violence in schools (SDG 16).

“Leaving no one behind, is at the heart of the 2030 Sustainable Development Agenda, and in Indonesia we have added particular focus to leaving no child behind,” Minister of National Development Planning Bambang Brodjonegoro said. “When children’s rights are respected, protected and fulfilled, ultimately, our societies stand to benefit from improved security, sustainability, and human progress.”

UNICEF and the Government of Indonesia led a high-level dialogue at the HLPF in New York on 15 July, about how to accelerate progress towards the SDGs by focusing on the UN Convention on the Rights of the Child (CRC). Indonesia is leading the way in child-focused SDGs planning and shared their roadmap with other countries.

Indonesia hosted the Side Event of High Level Political Forum on Sustainable Development (HPLF) with UNICEF, Vietnam, Ghana, UN Committee on the Rights of the Child, and the Child-Focused Agencies.

“I applaud Indonesia for its child-focus in reporting on the SDGs, through dedicated efforts to generate disaggregated data on children, and its new report with 2030 SDG scenarios for children - projecting long-term SDG progress among children - following its exemplary SDG Baseline Report on Children launched here two years ago,” UNICEF Executive Director Henrietta Fore said in her remark.

At the session, two new reports were released on how to achieve the SDGs in Indonesia. ‘Achieving the SDGs for Children in Indonesia: Emerging findings for reaching the targets’ Indonesia’ maps out what needs to be done to realise children’s rights as part of the drive to meet the global development goals. Meanwhile, the ‘Roadmap of Indonesia SDGs: A Highlight’ sets out how the Government plans to get there. Some of the key goals for children include Goal 4: Quality Education and Goal 16: Peace, Justice and Strong Institutions, which includes ending all forms of violence against children.

Demonstrating several ways in which Indonesia is adopting a child focus to the achievement of the SDGs, Minister Brodjonegoro outlined examples of child-centered programmes such as the Indonesian Smart Card. The Smart Card has already helped 20,1 million students to get their essential school needs. Indonesia is also finalizing a National Strategy on Out-of-School Children that stipulates programmes to make sure children everywhere in the country can have their rights to quality education fulfilled. 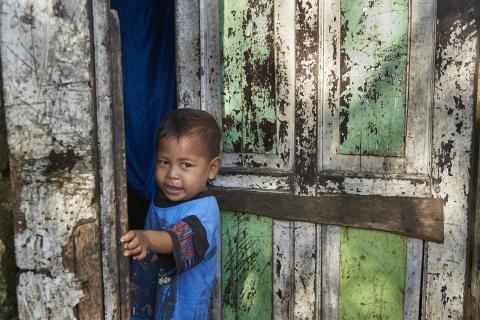 Achieving the SDGs for children in Indonesia

The Government of Indonesia and UNICEF are collaborating on research to better understand key factors that are influencing child outcomes... 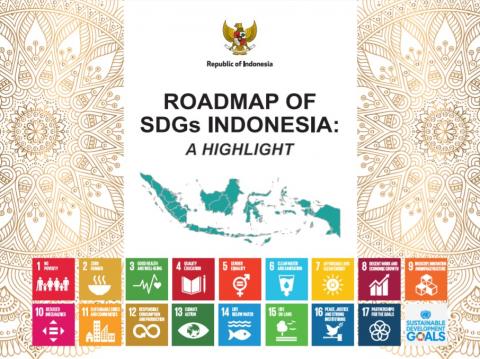 The roadmap defines issues and projections of main SDGs indicators in each goal, including its forward-looking policies to achieve such targets. 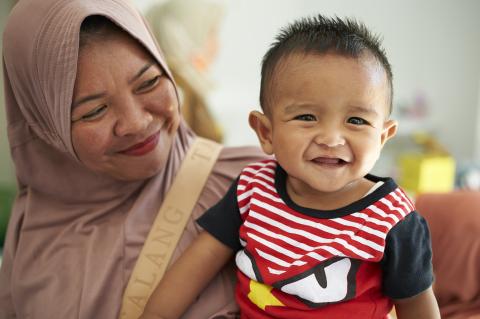 In 2015, leaders from 193 countries made a global promise: Over the next 15 years they would strive to make the world a better place... 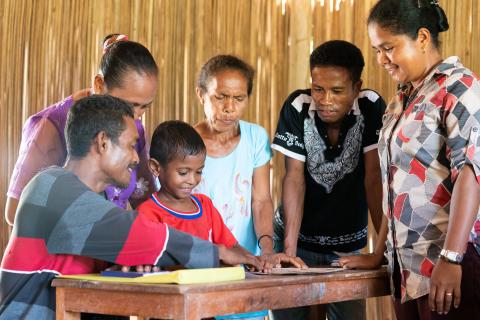 Sustainable development begins with children. Growing up free from poverty, healthy and educated, feeling happy and being safe, is the foundation...