NEW DELHI, 17 February 2022: Forty-three-year-old Gauri was recovering from cancer when the COVID-19 pandemic struck in March 2020. Gauri and her husband Prabhat were determined to avoid the virus. They isolated, masked, and sanitized their way through the first wave. While waiting for their turn to get vaccinated, Prabhat strictly masked himself when attending work meetings. Gauri did not venture out of her home in the fear of contracting the virus. The couple was often made fun of by friends by friends and family for their obsession with following COVID- 19 appropriate behaviours. But they continued undeterred.

Despite all the precautions, in  April 2021 during the second pandemic wave, Gauri tested positive. The question was– how did Gauri get the COVID-19 virus?

Gauri landed up in the COVID-19 hospital ill and confused- where did she go wrong in her preventive measures? How did the virus slip in? In the hospital, Gauri met Aparna – Prabhat’s colleague who was also positive. And the mystery was resolved. Prabhat and Aparna had attended a long meeting where Aparna had been unmasked in a pre-symptomatic stage. And though Prabhat was masked, he received a small viral load due to prolonged contact with an unmasked infected colleague and brought the virus home to Gauri who was very vulnerable and got infected.

Globally, the pandemic has stretched without an end in sight, fueled by highly transmissible mutants, lax COVID-19 appropriate behaviours (CAB), inequitable access to vaccination and a premature return to normal. At its peak in April 2021, India had accounted for over 400,000 daily cases and approximately 4500 deaths daily.

Today, with the coming of the Omicron variant, India’s case numbers cannot be assessed due to the lesser severity of symptoms and therefore lesser demand for testing. And the first dose coverage rate of 75 per cent, India appears to have crested the Omicron wave without overburdening the health system with a daily death toll of over 1000 in January-February 2022.

Pandemic fatigue and economic compulsions have been driving a pre-mature social end to the pandemic. Non-adherence to CAB behaviours with the unmasked multitudes milling together in crowded shopping areas, festivities, marriages, inequities in vaccination and the possible emergence of more contagious variants could possibly result in a longer pandemic continuance.

Most communication for COVID-19 RCCE has focused on getting the information out through rational appeals. The adherence to CAB is becoming a function of an individual's choice of deciding whether or not they would like to practice the behaviour. The social cost of not practising appropriate behaviours has not been empathized with or understood.

As in Gauri’s case, while she and her husband practised the CAB behaviours, the people around them did not. And it resulted in infection transmission. Gauri and Prabhat realized that in addition to practising behaviours, it was important to create social acceptability of CAB as well.

The campaign draws upon the culturally appropriate vehicle, "Antaratma ki Awaz" ("inner voice"), to show the process of individual decision making and the ability to choose the correct behaviour based on the social nudge. The Hero and Zero are within every individual, and it is up to each one to make the right choice. At home, at work, and in public places, the conscientious Antaratma ki Awaz" ("inner voice") pushes them to make the right decision.

The Z2H concept has undergone a rigorous two-stage communication pre-testing in seven states across demographic segments covering SEC A, B, C and R1/ R2. The states include Delhi, Punjab, Uttar Pradesh, Andhra Pradesh, Assam, West Bengal and Maharashtra. The test audiences saw splitting the Z2H character into triplets as the inner voice and helped in finetuning the appeals and messaging.

The 360-degree campaign departs from the regular public health campaigns to create an aspirational "Smart" campaign identity where Heroes are acknowledged and applauded for their role in reducing transmission of the virus and vaccination. The Hero is a role model for people around them, inspiring others through their actions or encouraging their network and communities with reason and guidance. The Hero nudges people through the stages of change through correct information, empathy and advice.

In the first phase of the campaign, five films in 11 languages are being released across UNICEF social media platforms in India. The languages included Assamese, Gujrati, Telugu, Malayalam, Tamil, Marathi, Bhojpuri, Odiya, Punjabi, Kannada and Bengali.

Powered by a strong promotional push, the films will create a massive splash across social and digital media space and be seen by our target audiences across India and South Asia.

UNICEF will be working very closely with Central and State Governments, corporates, and industry leaders to support the role of the campaign across platforms and geographies.

The second phase of the Z2Hcampaign will be driven towards the community ownership phase. The objective is to establish Hero and Zero as universal synonyms for responsible and irresponsible behaviour.

Living with the virus is a necessity. Last week Prabhat and Gauri were invited to a wedding which they could not refuse.  So in addition to the finery, Prabhat and Gauri wore their masks consistently and politely refused to remove them.

UNICEF
We all know someone like this! 🙄 Don't let others influence your judgement.
UNICEF
Vaccines work! Get both your shots and if you are eligible, get your precaution dose too. #COVID19 vaccines don’t just protect you, it protects everyone.
UNICEF
Still believing in myths and misinformation? It’s time to stop that now and believe in the #COVID19 vaccine.
UNICEF
You don’t need an education to know right from wrong! Do the right thing for yourself and everyone around you.
UNICEF
छोड़िये इधर-उधर की कही-सुनी बातों पर ध्यान देना। अपनी और अपने परिवार की सुरक्षा के लिए #COVID19 वैक्सीन पर भरोसा करिये।
UNICEF
What’s your excuse for not completing your #COVID19 vaccination? 💉+ 😷 = Office hero! 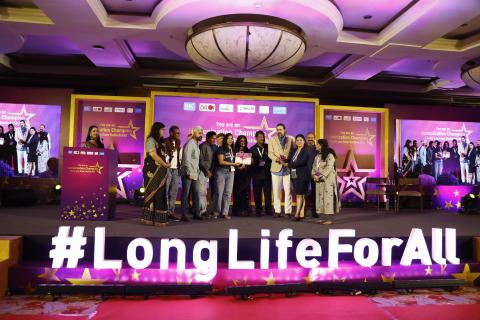 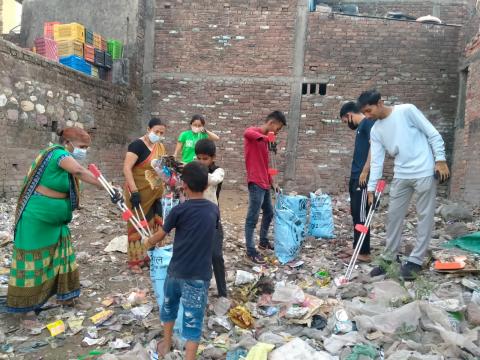 My Ganga, My Responsibility

My Ganga, My Responsibility 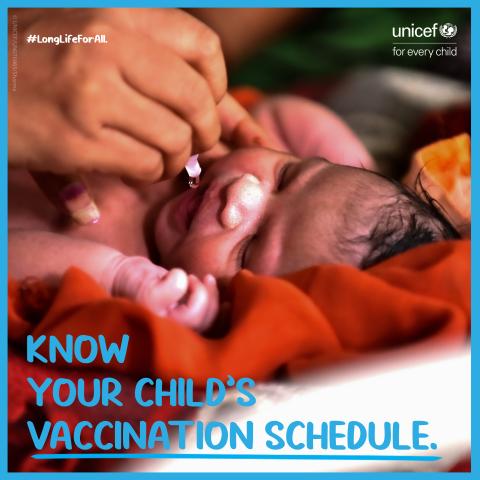 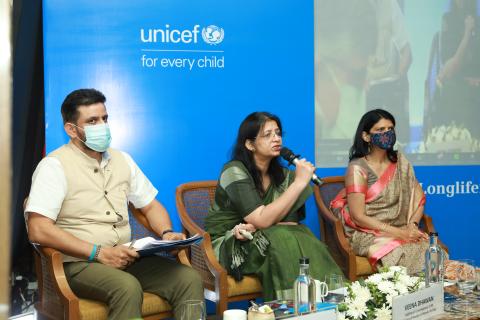